The Marathon Returns to a City Eager to Celebrate It 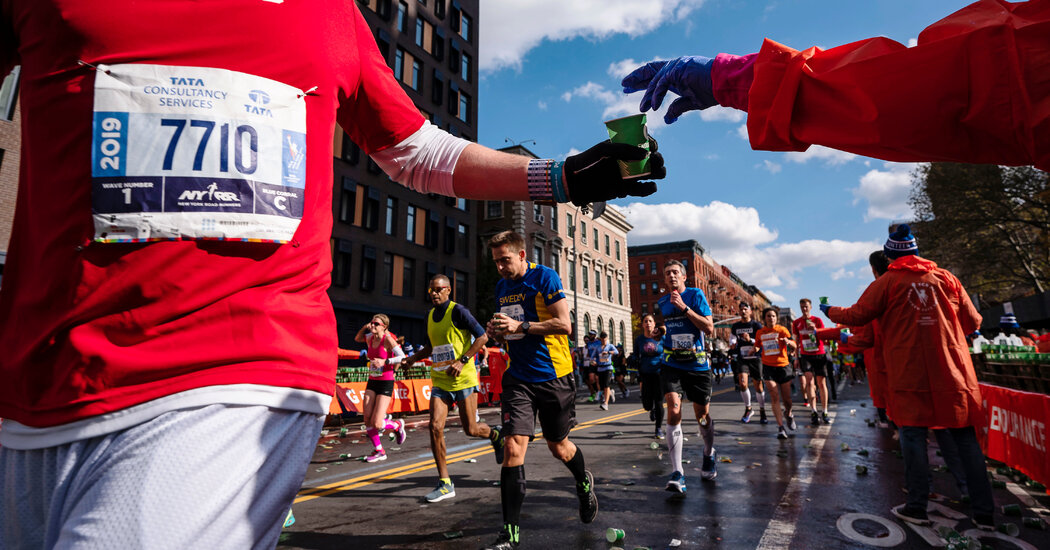 The first time that Kailyn Castro was supposed to run the New York City Marathon, in 2019, she broke her ankle.

The injury was physically painful and emotionally bruising, but Castro found a silver lining: She could run the following year and be part of the marathon’s 50th anniversary.

Then the 2020 race was canceled because of the coronavirus pandemic, putting her marathon goal further out of reach. So when Castro, 29, finally crosses the start line in Staten Island this Sunday, it will be an emotional stride culminating one lengthy journey and starting another.

“I might cry,” Castro, a Manhattan resident, said. “Just to be with all of those people in that race, doing something that we didn’t think was ever going to happen.”

The New York City Marathon, an event that brings tens of thousands of participants and upward of a million spectators to the city’s streets, has always been a day filled with emotion. But the race’s comeback after a pandemic that ravaged the city and brought it to a standstill makes this year’s installment especially meaningful for the organizers, the runners and those who cheer them on.

The marathon will also be another important milestone in the city’s long recovery, with officials eager to prove that New York remains vibrant and ready to welcome back guests — and their dollars — as concerns about the virus ease.

“It brings back not only a sense of normalcy, but also a sense of resiliency,” said Kerin Hempel, the chief executive of New York Road Runners, the organization that operates the marathon.

Hempel said that planning for this year’s race — the 50th running of the New York City Marathon — began almost immediately after last year’s was called off. It was the second time the race was canceled, after 2012 in the wake of Hurricane Sandy.

This year’s field is smaller by about 40 percent, down to 30,000 entrants from roughly 55,000 in years past. To reduce crowding on the course and at the start, those runners will be spread out over five waves, with longer intervals separating their starts than in years past.

The elite field has also been shaken up. The pandemic forced organizers of three major spring marathons to postpone them to the fall, creating a packed schedule of six major marathons inside a six-week window. The Tokyo Marathon was eventually canceled, but race officials in New York still had to compete with marathons in London, Berlin, Boston and Chicago for high-profile professionals.

As a result, some of the top distance runners will not be running this year, including Joyciline Jepkosgei, who chose to run in Boston instead of coming to New York to defend the championship she won in 2019.

Hempel and many of those racing do not expect the changes to dampen the enthusiasm from spectators, a distinguishing feature that they say sets the city’s marathon apart from other major races. If anything, they believe the sense of unity that characterizes the marathon will be particularly strong.

“To me, it just shows the power of the city itself,” said Bruna Martins, 34, a Manhattan resident who is running the New York City Marathon for the third time. “This year, after everything we’ve been through, if anything, people are just going to be really excited out there.”

Jorge Euran Graham, who lives in Austin, Texas, has run the marathon every year it has been held since 2009. He said he anticipated the energy would be similar to the city’s rebound from the Sept. 11 attacks in 2001, when the marathon felt like a defiant and festive celebration of the five boroughs.

“For me this year, I would say the marathon will definitely be stronger, definitely be more joyful,” Euran, 48, said. “And I’m so glad to be part of it.”

Euran’s own marathon experiences reflect a recovery from tragedy that in some respects mirrors the city’s. He was first moved to run the race in 2008, on a business trip to New York that followed the death of his newborn son.

While still in the throes of grief, he happened upon the race. Watching the runners complete a major achievement so soon after his family’s loss inspired him and helped him make sense of things, he said.

“The message was, every second in this life matters,” Euran said. “Even if you’re in this life just for this minute, if you want to do something in this life, you have to do it.”

Euran decided to run the following year and every year after to honor his son’s brief life. Though he ran a virtual marathon in Austin last year, he found that the experience fell short.

“It’s just an amazing spirit of the city, and that’s why I like it so much,” he said. “I’ve never seen that anywhere else.”

Castro, who is hoping her third attempt to run the race will be more successful than the previous two, also said she craved that connection.

During the pandemic, she, like many others, turned to running for sanity and solace. Jogging through suddenly empty streets, somewhat paradoxically, made her feel less isolated. When she saw others milling about, it reinforced the city’s vitality, even at a time when fear pushed much of life indoors.

Castro said that she hoped the marathon would serve as yet another rebuke to the provocative claim made by some at the height of the pandemic that New York City was dead.

“Being able to run the marathon and see all these other people who are also very cognizant that New York is still alive and well — I feel like that’s going to be really powerful,” she said.

Anthony Kim Was Compared to Tiger Woods. So Why Did He Walk Away From Golf?