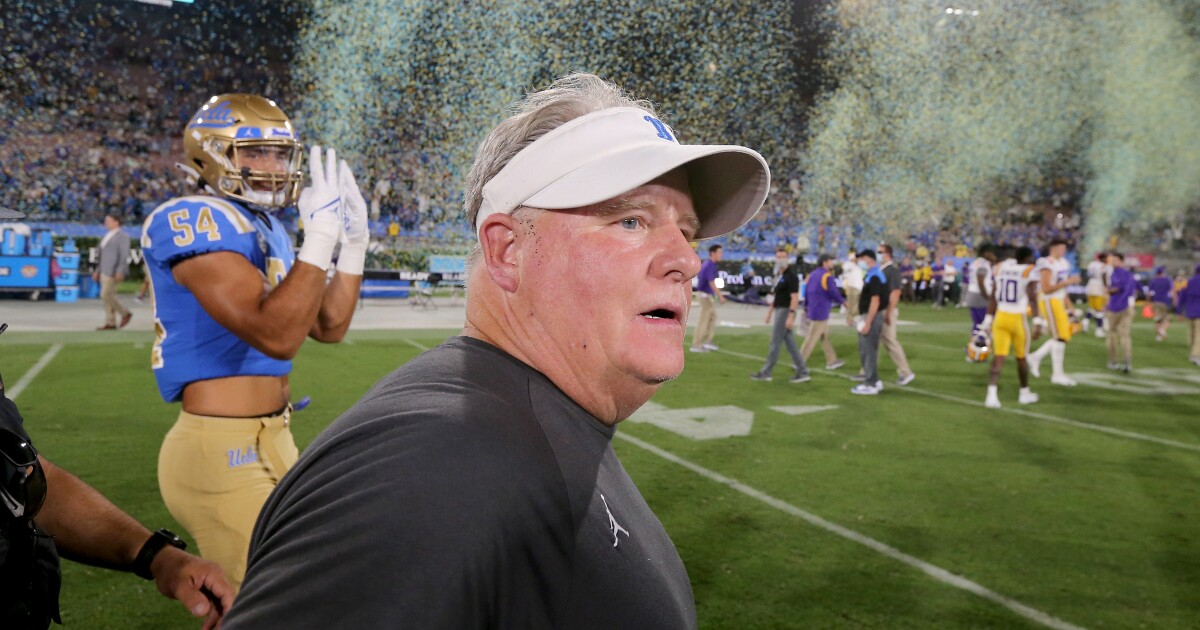 Is winning as many games as you lose in college football worthy of a $10,000 bonus?

That’s how much UCLA coach Chip Kelly stands to make if his team can notch win No. 6 after having failed in its previous two attempts. Kelly’s contract, which guarantees him $5.6 million this season, calls for him to make an extra $10,000 if the Bruins (5-4 overall, 3-3 Pac-12) win six games, an additional $10,000 if they win seven games and another $10,000 if they win eight.

Should the Bruins qualify for a bowl — a near-certainty if they win one more game — then Kelly would pocket another $40,000.

Told it was in the contract he had signed, Kelly said he “wasn’t aware of that aspect ‘cause I didn’t look at that.”

What are his thoughts on getting a bonus for reaching six wins?

“I think that’s part of every college coach’s contract,” said Kelly, who is 15-25 overall with the Bruins.

Getting a bonus for six wins?

“Most of them, yeah, I would think,” Kelly said. “If you went through the history — there’s a guy for USA Today [Steve Berkowitz] that publishes them all the time so you can go through the history of what contracts are in college football and how those all work.”