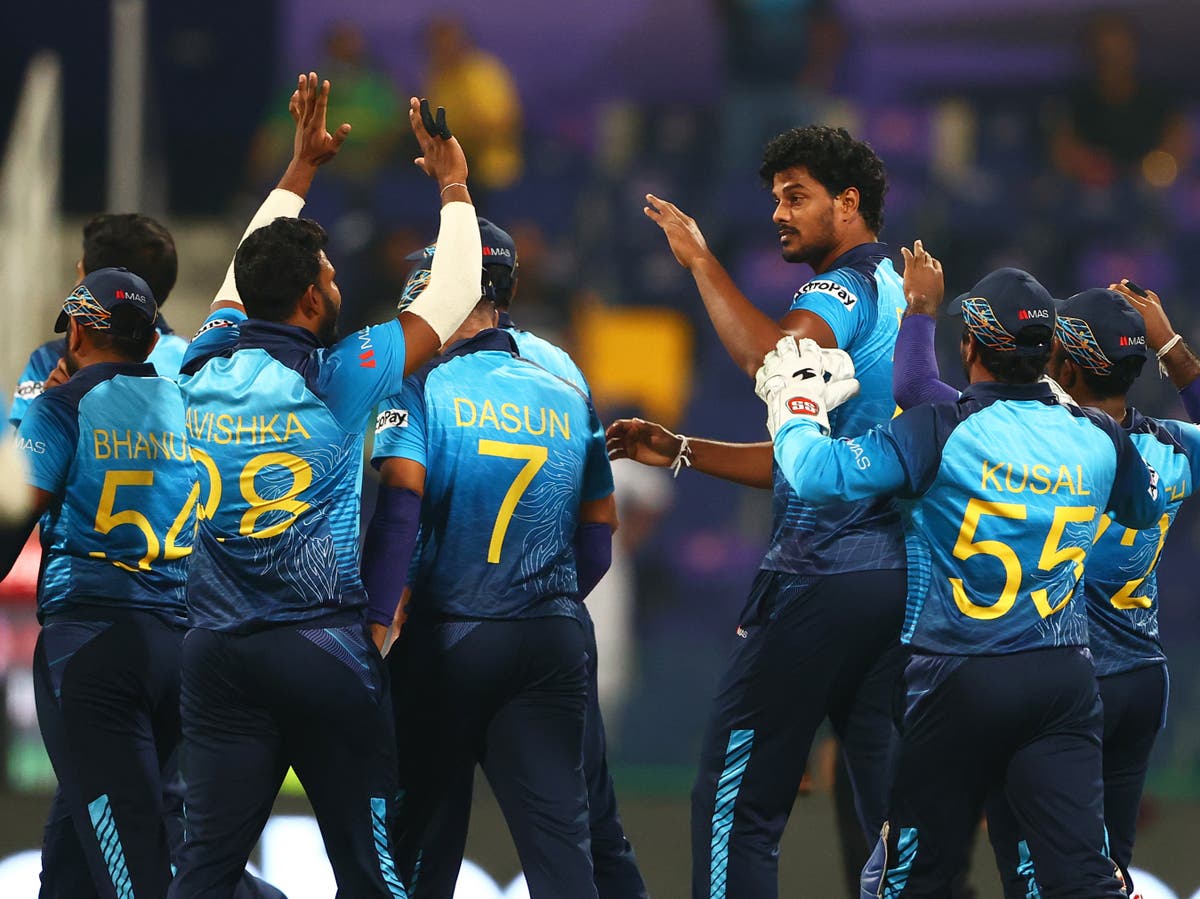 Charith Asalanka’s batting heroics were backed up by a fine bowling display as Sri Lanka comfortably beat West Indies by 20 runs in their final group game to knock the holders out of the Twenty20 World Cup on Thursday.

It is the first time West Indies, winners in 2012 and 2016, have failed to reach the semi-finals of the competition since 2010. Sri Lanka were already out of contention to make the last four.

Fighting knocks from Nicholas Pooran (46) and Shimron Hetmyer (81 not out) kept them in the game but the Sri Lankans had enough runs on the board as the Windies ended on 169-8.

“I think we were below par… our bowlers did okay, they got 189 but it was a very good batting track. The way Sri Lanka played, they didn’t bat us out of the game but played very smartly,” said West Indies captain Kieron Pollard.

“A couple of young guys are putting up their hands but the experienced guys, myself included, have not done well. We are not going to hide from the fact that it’s been disappointing for us.”

Earlier, the experienced Kusal Perera (29) got Sri Lanka off to a brisk start that was consolidated by a superb 91-run stand between the in-form duo of Pathum Nissanka (51) and Asalanka (68).

Asalanka was particularly severe on the Windies fast bowlers, striking eight fours and a six en route to his second T20 fifty before captain Dasun Shanaka’s quickfire cameo of 25 propelled Sri Lanka to a total of 189-3.

“Overall, it’s a very good victory. These youngsters have been working hard, so I’m really happy. The batsmen were brilliant and the bowling was also brilliant throughout the tournament,” said Shanaka.

“I knew that [Asalanka and Nissanka] have the potential. I think the team is going in the right direction at the moment.”

West Indies end their campaign against Australia at the same venue on Saturday.