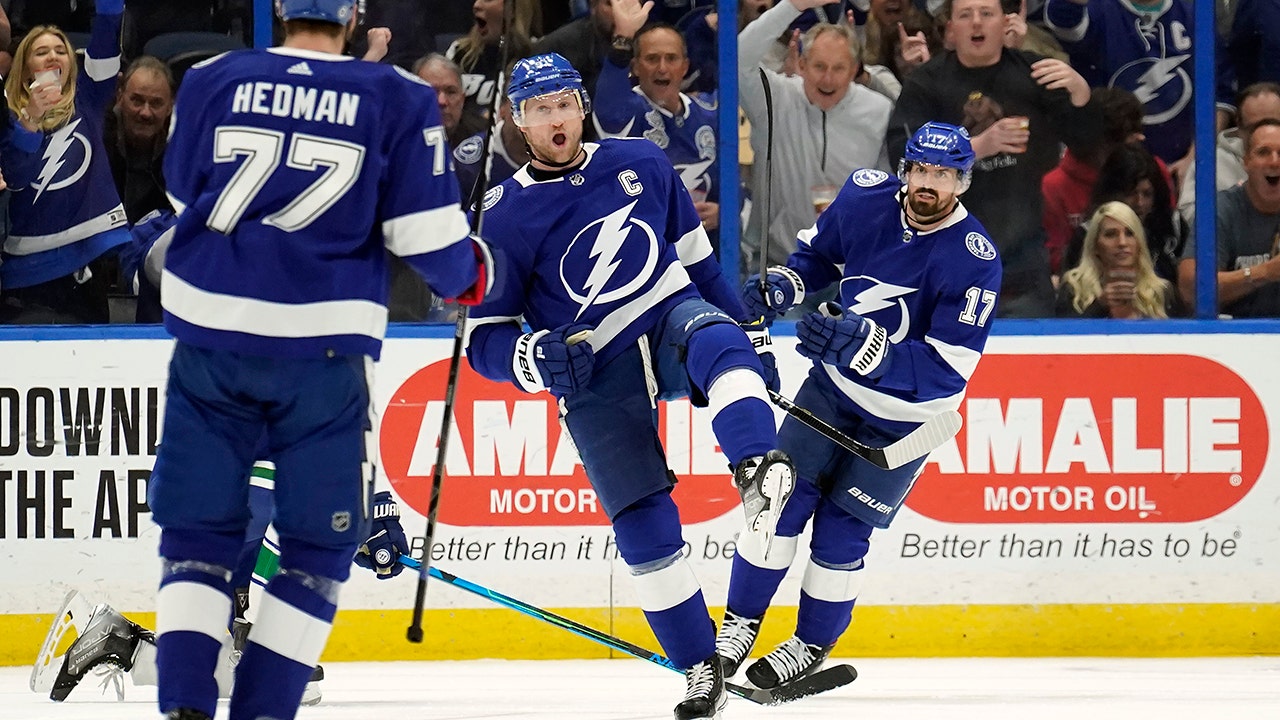 Anthony Cirelli, Boris Katchouk and Brayden Point also scored for Tampa Bay. Katchouk made it 3-1 at 11:24 of the third during a 2-on-0, and Vasilevskiy stopped Elias Pettersson’s breakaway shot after the ensuing faceoff.

“Am I happy with the result? There’s no question, I will never frown at that, but I think we made the game harder on ourselves,” Lightning coach Jon Cooper said. “We recovered well in a lot of situations but we played with fire a little bit.

“When you only have 38 shot attempts and you had the puck as much as we had, we probably played a little pretty and not as gritty as we should have,” he added. “We got away with it tonight. We have much better in the tank.”

Matthew Highmore and Tyler Motte each had a goal and an assist, and Thatcher Demko stopped 17 shots for the Canucks, who are 8-2-1 since Bruce Boudreau replaced Travis Green as coach last month. Vancouver ended a nine-day break due to COVID-19 protocols with a 5-2 loss Tuesday night at Florida.

The Canucks went 0 for 4 on the power play with one shot of goal against the Lightning after failing to covert three chances Tuesday.

“I liked the compete,” Boudreau said. “I thought we were much better than the other night, for sure. Anytime you can limit that team to 21 shots (on goal), I think we’ve done a good job. But at the same time, we had opportunities.”

“We had four power plays and you don’t get anything,” he added. “That’s my fault for putting the same guys back out there all the time. That’s got to get better. We’re a team that needs to have some success on the power play and we didn’t get it.”

Motte cut the Canucks’ deficit to 3-2 with 4:14 to play when he put the puck between his legs and lifted it over Vasilevskiy.

Point iced the game with an empty-netter.

Tampa Bay took a 2-1 lead with 20.7 seconds left in the first on Cirelli’s in-close backhander.

Stamkos opened the scoring during a power play from the left circle 3:16 into the game. The Lightning captain tied Jean Beliveau and Ray Bourque for 30th place all-time with 173 power-play goals. The only active player with more is career leader Alex Ovechkin with 275.

Highmore tied it at 1 at 12:05 of the first with his first goal this season. The center was playing in his fourth game after missing 24 due to an upper-body injury.

Canucks: Left wing Phillip Di Giuseppe was activated from COVID-19 protocols and assigned to Abbotsford of the AHL.