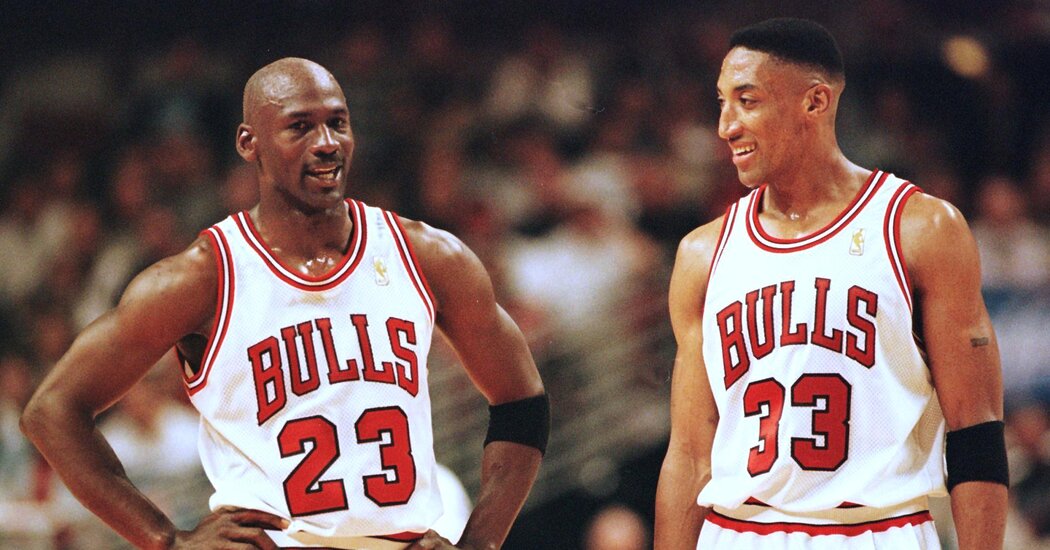 Scottie Pippen’s new memoir, “Unguarded,” is a master class in settling scores, or creating new ones.

Beginning in the prologue, Pippen expresses anger at Michael Jordan over “The Last Dance,” the 2020 ESPN documentary on the 1990s Chicago Bulls, which Pippen writes “glorified Michael Jordan while not giving nearly enough praise to me and my proud teammates.” Pippen gets more caustic from there.

“How dare Michael treat us that way after everything we did for him and his precious brand,” Pippen writes, adding, “To make things worse, Michael received $10 million for his role in the doc while my teammates and I didn’t earn a dime.” (Pippen and several Bulls players appeared on camera for the documentary. It has not been publicly disclosed how much Jordan, whose company Jump 23 was part of the project, made for the series.)

In response to Jordan calling Pippen “selfish” in the documentary for delaying a foot surgery and asking to be traded, Pippen writes, “You want to know what selfish is? Selfish is retiring right before the start of training camp when it is too late for the organization to sign free agents,” a reference to Jordan’s unexpected first retirement after his father’s death. He calls Jordan hypocritical and insensitive. And he criticizes Jordan for his behavior toward co-workers: “Seeing again how poorly Michael treated his teammates, I cringed, as I did back then.”

“Michael and I aren’t close and never have been,” Pippen writes.

That’s just in the opening pages. In the rest of the book, Pippen takes shots at everyone from Charles Barkley (“wasn’t dedicated enough to win a championship”) to Isiah Thomas (“dirty” player, “with a knack for making the most inappropriate comments”).

Pippen also tees off on the former Bulls Coach Phil Jackson about the famed moment in 1994 when Pippen refused to re-enter a playoff game for the last 1.8 seconds after Jackson drew up a play for Toni Kukoc instead of for him. After telling Dan Patrick in a radio interview earlier this year that it was racist for Jackson to have done so, Pippen backs off that assertion in the book. Even so, Pippen writes that Jackson humiliated him and that “the moment of truth had come, and he had abandoned me.”

As open as Pippen is in the book, he seemed far less willing to engage with the material in an interview. The conversation over a video conference became terse, and Pippen canceled a photo shoot afterward.

This interview has been condensed and edited for clarity.

You come from very humble roots. You weren’t recruited by a huge school. You were underpaid compared with market value for a significant period of your career. Is there any point in your life when you didn’t feel overlooked? Because this book seems to stem from a lot of you wanting to write your own story and wanting to set the record straight.

I think I can say there was no part in my life that I felt overlooked. That may be your take of what you took from reading the book, but I didn’t feel like I was overlooked. I just felt like it was a different journey than most people have traveled — who’s played on a professional level, who’s had to go to college.

From the opening pages of the book, you take a cudgel to Michael Jordan. Have you always felt this way and just kept that inside or did those feelings really come into focus after watching “The Last Dance”?

I think he’s always separated himself a little bit from what I consider the traditional team concept, in some sense. And I think “The Last Dance” just put the icing on the cake. So it was all about him at the end of the day.

One of the most interesting lines is when you write, “We didn’t win six championships because he got on guys, we won in spite of his getting on guys.” And I thought that was really interesting, because Jordan’s treatment of teammates has long been heralded as a virtue. Did you find it to be unproductive?

Well, I can’t say I found it to be unproductive, because it was productive.

But you also said that you guys won in spite of it.

Well, we won when he retired. We didn’t win a title, but obviously we didn’t have a full roster, so.

Do you worry that your book will create a permanent split between you two?

To answer your question, no.

Have you given him any sort of heads up about what you’re saying about him?

You write that Isiah Thomas reached out after the documentary aired and wanted to declare a truce with you. You said that you were unwilling to speak to him. Why is that?

Well, I played in the league for 18 years and there was never a relationship there. I’ve been out of the league for 15 years, so why now? It’s not like we’re crossing each other’s paths anymore.

You write that the book pushed you where you needed to be pushed, even to some places you didn’t want to go. What’s an example of a place that you really needed to push to talk about? What places didn’t you want to go?

I don’t want to specifically point that out. I think you should read the book and figure it out. I’m not going to make your job easy by getting some controversy on that.

Your interview with Dan Patrick in the spring made a lot of headlines. You said it was racist for Phil Jackson not to draw up the play for you in the famous 1.8 second game. You walked that back in the book. After you made those comments, did you hear from former teammates about it? What were you hearing from people and what made you walk that back in the book?

What made me walk it back?

I didn’t walk it back. I just didn’t have it in the book. I said it was probably not right for me to say that about Phil being racist at this stage. It’s water under the bridge now. But at that point in time, based on where I was as a player, the year that I was having, I thought it was a bad move on his part.

When was the last time you spoke to Phil Jackson?

Just to clarify, because I just want to make sure I don’t put words in your mouth. You don’t think that Phil was racist in designating Toni Kukoc to take that last shot?

Did I say it? What are you asking?

Well, yeah, I watched the interview.

OK, so I said it. Now what are you asking me?

In your book you write: “I was so hurt when he picked Toni over me that I needed to come up with an explanation for why I was rejected. For why, after everything I had given to the Chicago Bulls, I wasn’t allowed to have my moment. So I told myself at the time that Phil’s decision must have been racially motivated, and I allowed myself to believe that lie for nearly 30 years. Only when I saw my words in print did it dawn on me how wrong I was.” So you call it a lie. So I just want to clarify exactly what it is. Do you or do you not believe that Phil was being racist when he drew up that play?

I feel like it was a moment where he did me wrong. How about that? How about I answer your question that way.

OK, fair enough. What do you think is a big misconception about you? Is there something that people don’t know about you that you would like them to get to know about you?

I’m private, so there’s not much you can learn about me.

Kayshon Boutte to return to LSU Tigers for another season