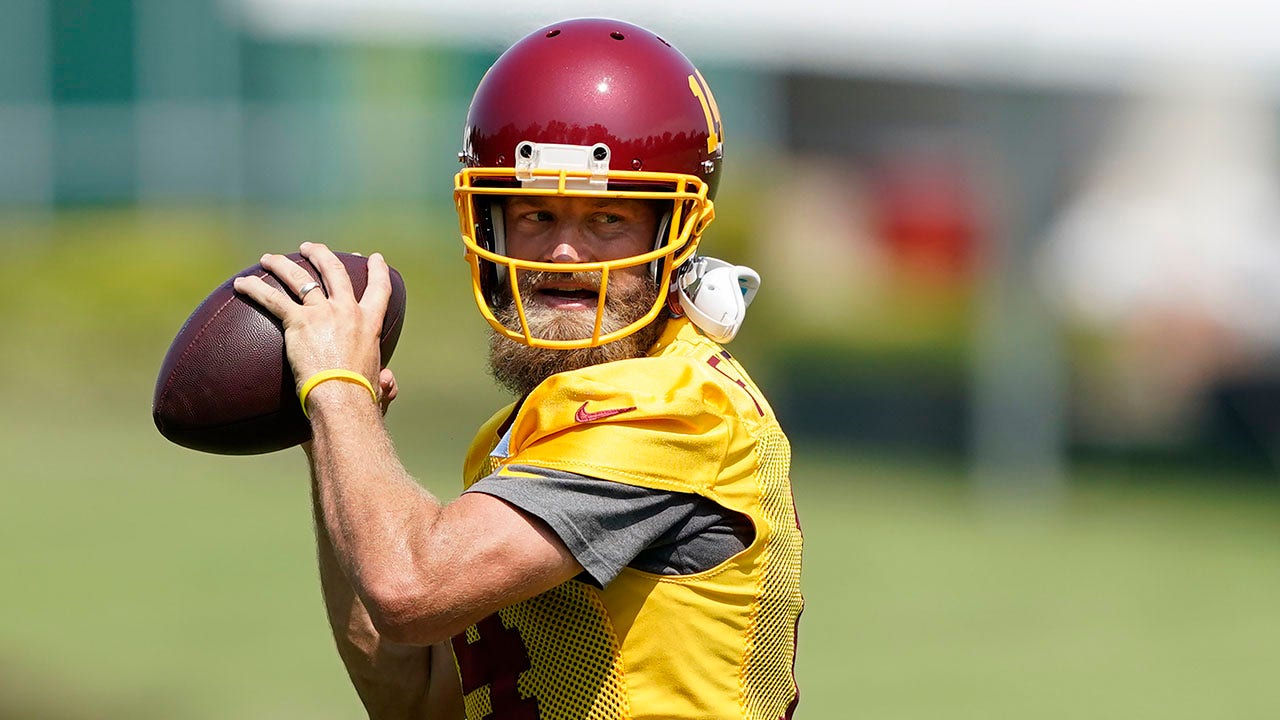 Ryan Fitzpatrick entered the 2021 NFL season as the starting quarterback for the Washington Football Team, but on Saturday night he was a member of Bills Mafia.

Fitzpatrick, a 17-year journeyman, spent four seasons in Buffalo and made an appearance at Highmark Stadium and showed support for the Bills in their 47-17 dominating victory over the New England Patriots in the wild-card round of the playoffs.

Frigid temperatures reached single digits, but the Harvard product blended right in with the rest of the Bills fans in attendance.

Washington Football Team quarterback Ryan Fitzpatrick (14) hands off the ball to running back Antonio Gibson (24) during the first half of the team’s preseason NFL football game against the New England Patriots, Thursday, Aug. 12, 2021, in Foxborough, Mass. (AP Photo/Steven Senne)

Over the course of his career, Fitzpatrick played for eight different teams. He didn’t play much this past season because he sustained a hip injury during a Week 1 game against the Los Angeles Chargers, and underwent surgery in December.

Fitzpatrick’s immediate future in the NFL remains uncertain, but he’s a fan favorite in Buffalo for the time being.