Rugby Championship: Australia say ‘boomerang’ response to All Blacks’ haka was not disrespectful 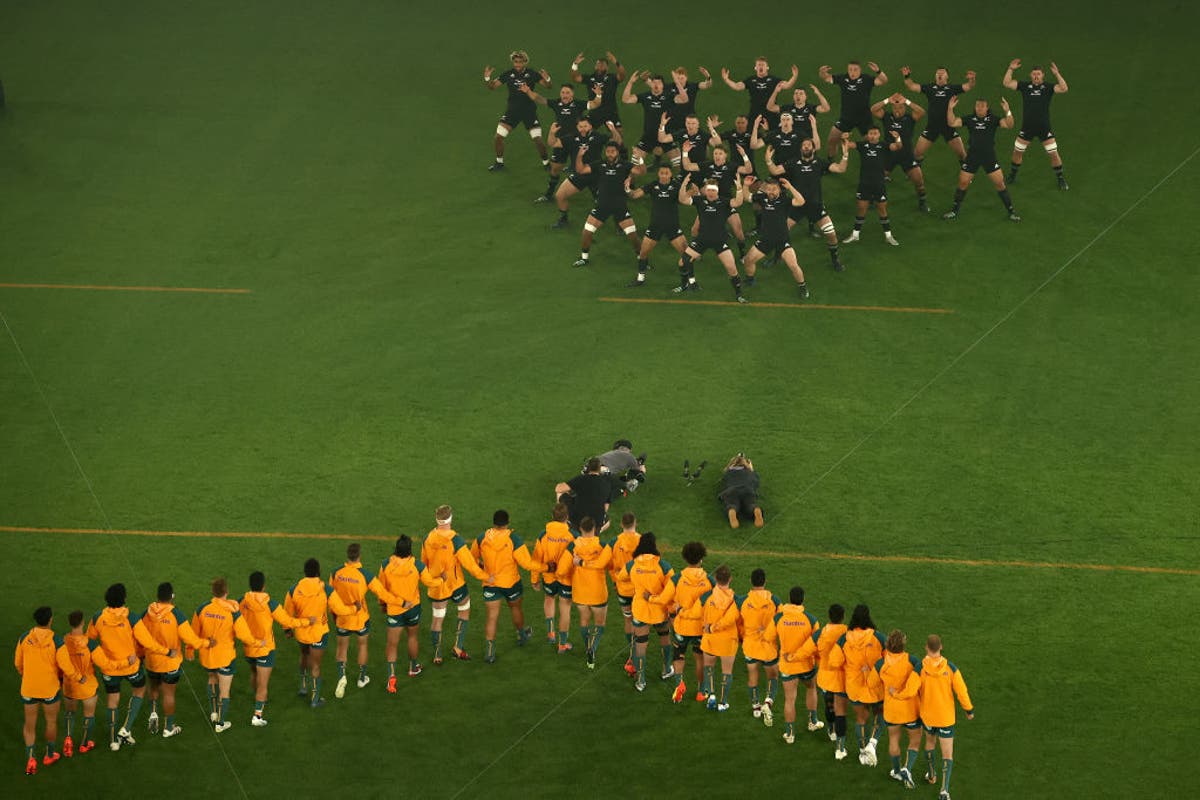 Australia have added a little bit more spice to this weekend’s Rugby Championship clash against New Zealand by dismissing concerns that their response to the haka in last week’s clash was disrespectful.

The Wallabies formed a boomerang-shaped phalanx and advanced towards the haka as the All Blacks performed the traditional Maori challenge at Melbourne’s Docklands Stadium.

At least one All Black made clear his dissatisfaction after a late try earned the visitors a 39-37 win but the Wallabies, led by their coach Dave Rennie, insist it is an appropriate response.

“I know Rieko Ioane had a lot to say to our boys after the final try, mouthing off at Folau Fainga’a about disrespecting the haka,” New Zealander Rennie said on Thursday.

“As New Zealanders would know, when a team does a haka, you respond with a haka.

“We don’t have the luxury of having a haka so our response is in the boomerang shape and to move forward. They’ve thrown down a challenge and we’re accepting it. We won’t be stopping that.”

The All Blacks have been performing the haka before matches for more than a century and Australia are not the only team to have choreographed a response to try to defuse any advantage the New Zealanders get from it.

The results have been mixed.

France encroached on the haka ahead of a quarter-final at the 2007 World Cup and stunned the All Blacks 20-18 in the match, but their advancing chevron response before the 2011 World Cup final preceded an 8-7 defeat.

Wales held their ground in a standoff for several minutes after the haka at the Millennium Stadium in 2008 but were beaten 29-9 in the match.

England’s V-formation response before the 2019 World Cup semi-final in Yokohama earned them a fine for crossing the halfway line but they did win the game 19-7.

Ahead of the 1991 World Cup semi-final in Dublin, Australia’s mercurial fullback David Campese simply ignored the haka and continued with his kicking practice and proceeded to score one try and brilliantly set up another in a 16-6 win.

Wallabies captain James Slipper said on Friday the team had not decided whether to reprise the boomerang on Saturday but asserted it was merely a way of paying respect to Australia’s own indigenous culture.

“We respect the haka, we respect the All Black team,” he told reporters at Eden Park, where the Wallabies have not beaten New Zealand since 1986.

“That’s our way of accepting the challenge.”