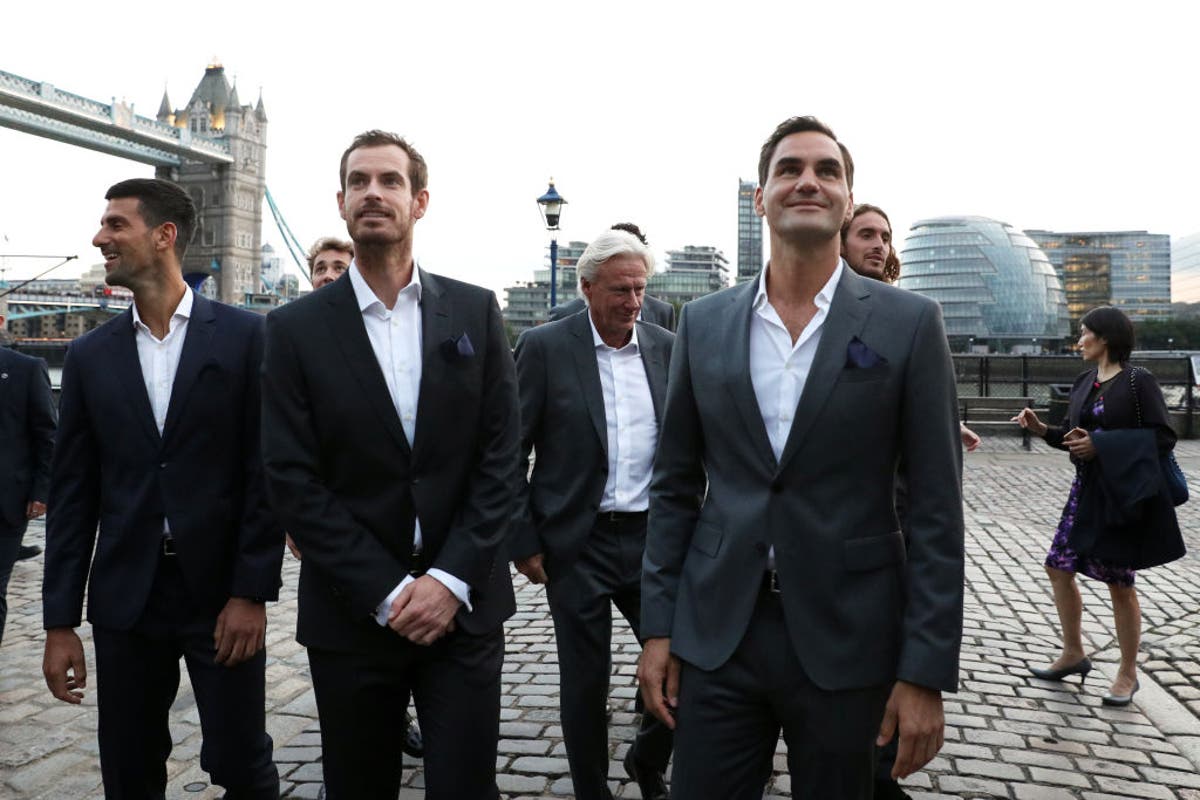 Brit tennis star Andy Murray was given a lesson in local London architecture ahead of the Laver Cup – by Swiss-born Roger Federer.

The pair, along with a host of other big names in the sport including Novak Djokovic, are in the city ahead of the Laver Cup starting on Friday at the O2.

Federer has announced his retirement ahead of the tournament, which will be his last as a touring professional after two decades at the top of the game.

And his talents are clearly not just limited to on the court, as he pointed out The Shard to a confused Murray who was at a loss to figure out what the giant building was as the group walked through the city centre.

“What building is that?,” Murray enquired to a group of journalists while pointing up – then asking “What happened to it?!” after Federer explained it was indeed the 72-storey glass building. “That’s how it is! It’s like a broken glass,” said the Swiss star.

Djokovic was quick to point out the irony of Federer being more clued-up that Murray, who while being Scottish lives in Surrey – just out to the south-west of London.

“Andy, he’s giving you lessons about London!” he said.

And the barbs didn’t stop there for Murray, who separately revealed to Eurosport that while out for dinner the previous evening with Federer and Bjorn Borg, he bore the brunt of jokes from the pair and was left to foot an increasingly large bill.

“Bjorn was ripping me most of the dinner. I’ve never really met him before! So that [banter and insults] started for me early. When they knew I was taking care of the bill they started ordering more desserts and all sorts! Scots don’t normally do that, so…!”

Borg is captaining Europe’s side at the Laver Cup this year, with Djokovic, Murray and Federer on the team along with Rafa Nadal, Stefanos Tsitsipas and Casper Ruud.