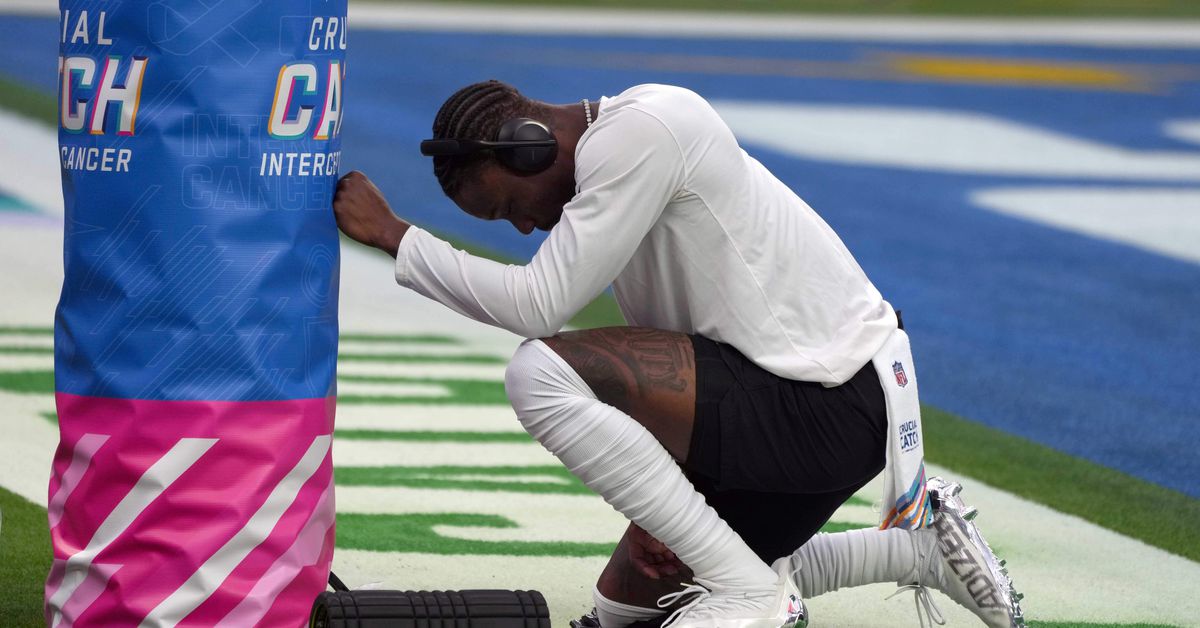 Selected by the Raiders in the first round of the 2020 draft, Ruggs was charged with felony DUI (driving under the influence) resulting in death, the Las Vegas Metropolitan Police Department said.

He was treated in hospital for non-life threatening injuries, police added.

ESPN reported Ruggs had been released from hospital and taken to jail ahead of an initial court appearance scheduled on Wednesday.

At approximately 3:39 a.m. Las Vegas police officers responded to a traffic collision involving a Chevrolet Corvette and a Toyota Rav4, police said. The Toyota was on fire and firefighters found someone dead inside the vehicle.

The person was not identified but Ruggs, 22, was identified as the driver of the Chevrolet Corvette and charged with “felony DUI resulting in death”, police said. They said Ruggs remained on the scene and showed signs of impairment.

The preliminary investigation indicated the front of the Chevrolet collided with the rear of the Toyota, police said.

Ruggs’ attorneys, David Z. Chesnoff and Richard Schonfeld, said they were conducting their own investigation.

“On behalf of our client Henry Ruggs III we are conducting our own investigation as of this writing and ask everyone to reserve judgment until all the facts are gathered,” they said in a statement, according to the NFL website.

The NFL said it was monitoring the incident.

“We will continue to gather facts and monitor the matter under our policies, but our thoughts at this time are with those impacted by this devastating incident,” it said.