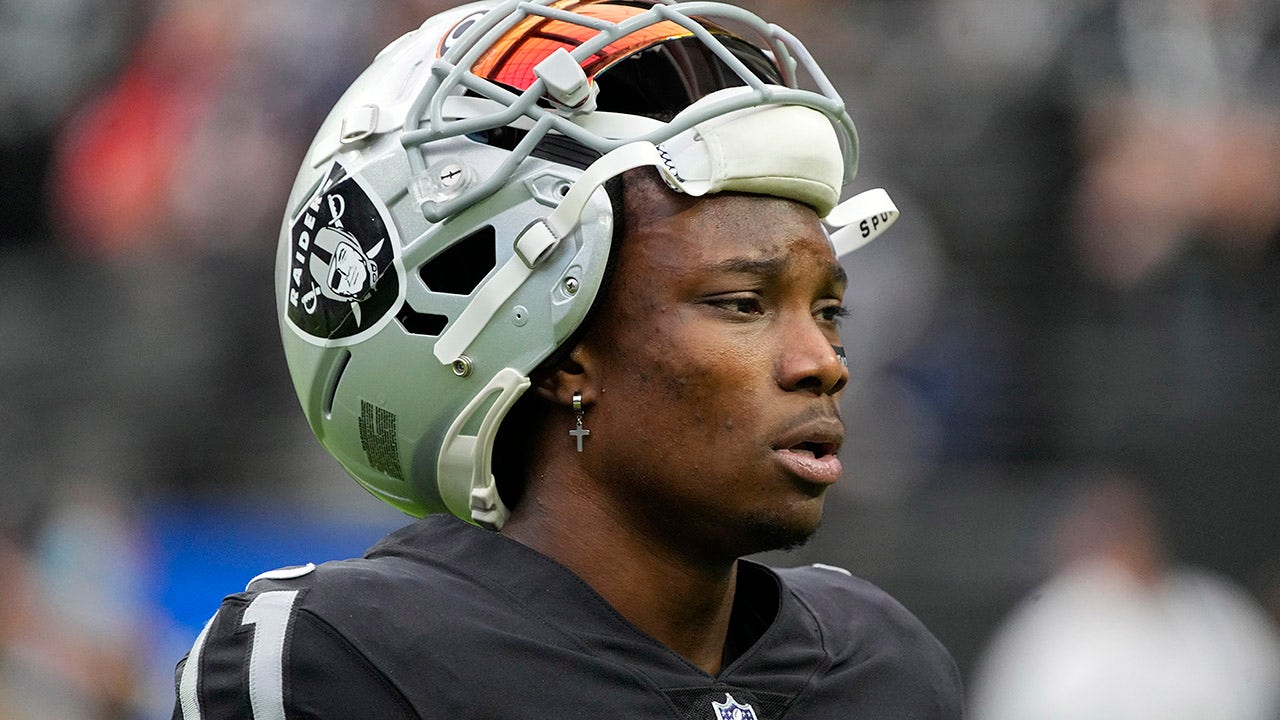 Raiders wide receiver Henry Ruggs III was slapped with an additional charge following the fatal car crash in Las Vegas that left him and his girlfriend with serious injuries and one person dead.

Ruggs was charged with DUI resulting in death, Las Vegas Metro Police said Tuesday. Clark County court records showed that Ruggs was also charged with reckless driving. He was booked in absentia and both charges were felonies. He’s set for an initial court appearance on Wednesday.

A person charged with DUI causing death cannot get probation in Nevada, according to FOX5 Vegas. The charge carries a sentence of two to 20 years in state prison. The reckless driving charge can carry a one- to six-year prison term.

Ruggs’ girlfriend was identified as Kiara Kilgo-Washington, who is also known as Rudy Washington. Police said she was seriously injured in the crash.

The name of the victim was not immediately released. The person was identified as a 23-year-old female who was driving a 2013 Toyota RAV4.

Ruggs, 22, was driving the Chevrolet Corvette that was involved in a crash near the intersection of South Rainbow Boulevard and South Spring Valley Parkway just before 3:40 a.m., police said. According to police, once on the scene, they discovered a Toyota Rav4 engulfed in flames. After fire response, a deceased victim was found inside the vehicle. An initial investigation revealed that the front of Ruggs’ car collided with the rear end of the victim’s vehicle.

Police noted that Ruggs remained on the scene, where he “showed signs of impairment.”

TMZ Sports first reported the crash involving Ruggs. An attorney representing the former Alabama standout told the outlet: “On behalf of our client Henry Ruggs III we are conducting our own investigation as of this writing and ask everyone to reserve judgment until all the facts are gathered.”

The Raiders later released a statement.

“The Raiders are aware of an accident involving Henry Ruggs III that occurred this morning in Las Vegas. We are devastated by the loss of life and our thoughts and prayers go out to the victim’s family. We are in the process of gathering information and will have no further comment at this time,” the team said.

The NFL added: “Our hearts go out to the family and friends of the victim of this horrific tragedy. We will continue to gather facts and monitor the matter under our policies, but our thoughts at this time are with those impacted by this devastating incident.”

Ruggs was in the middle of a breakout season with the Raiders before the crash and subsequent arrest. In seven games, Ruggs had 24 catches for 469 yards and two touchdowns.

Las Vegas police said there have now been 119 traffic-related deaths in the city this year.

‘This start is so important’: Sarina Wiegman satisfied after England win Euro 2020 opener