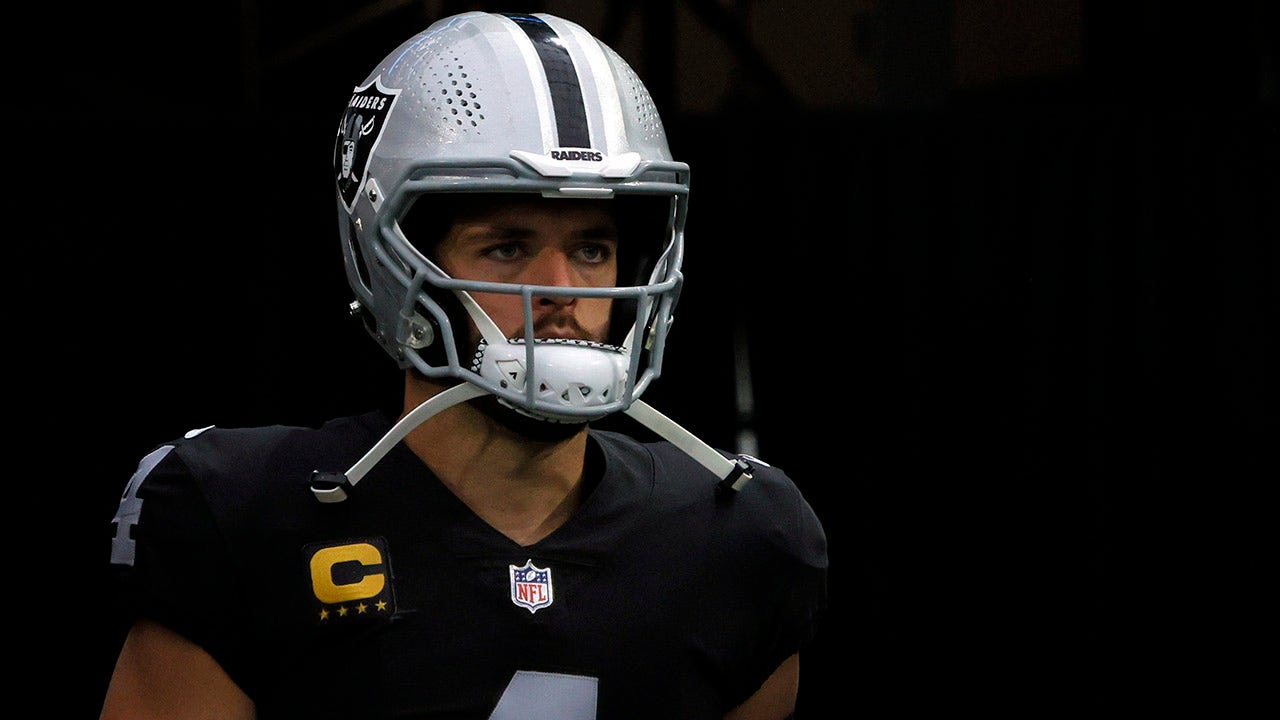 Carr told reporters he wondered whether he could’ve done more to prevent the tragedy.

“For me personally, in my own life, I have experienced loss. So, I know that feeling and so my heart first goes to the families that are involved. There are things that happen in life for all of us that we don’t have control over, and you wish you did. I have 1,000 questions I wish I could ask, but I don’t get those opportunities. I don’t understand everything and why certain things happen. I just forever have relied on the foundation of who I am, which is my faith. I’m going to stand on that when it’s hard and I’m going to stand on that when it’s easy,” Carr said.

“That’s just who I’m going to be when I can control something and when I can’t. When it comes to this situation, there’s so many things out of our control but then I do sit back and I think, ‘Was there something…Did I not let him know that I would be there for him at 3 a.m.?’ I want to be better. I really look at everything in my life as a learning experience. Could I have been better to help or something? I just wish I could’ve done something. I look at it that way. Could I have done anything to help? Even when it seems impossible, is there any little thing I could’ve done better? I know it’s a crazy thing to even think or say, but I’m always looking at trying to be a better person.”

Carr tried to articulate how it was to navigate the emotions that came with the incident as the face of the franchise and the starting quarterback who led the team to the top of the AFC West.

“It’s hard. I’d be lying to you if I was like, ‘Oh, it’s easy.’ I don’t think that at all. I’ve always been honest with you guys and it’s not easy because I love people. I care deeply about people. I mean there is people in this room that know that for sure that I’ve had conversations with sitting at a table because I just care about people. And this one hurts because again it really affects some families and it affected some lives, and that hurts me. It hurts my heart because I know that there is pain, I know there is shame, I know that there is anger probably,” Carr said.

WOMAN KILLED IN HENRY RUGGS DUI CRASH NAMED IN POLICE REPORT, WITNESSES RECALL ATTEMPTS TO SAVE HER FROM WRECK

“All those feelings that no one ever wants to feel or have towards them. I know that’s all there and it’s hard when you feel like everything is coming and crashing on you. I’ve had those feelings and having people to love you and support you is what helps the most. You can’t do it alone. It’s not easy being the quarterback and being human. I wish there was a certain way of someone to tell me this is exactly how you do it because it would be a lot easier. I think I got a good grasp on how to handle it, but it doesn’t make it easy to do. “

Carr said he walked past Ruggs’ locker and talked about a text he received from him hours before the crash.

“Doing things the right way, it sounds easy, but it’s not easy to do, and so I’m trying my best. And again, maybe sometime in the offseason I’ll have time to think about all this. I will tell you I walked by, and I saw Henry’s locker today and for whatever reason that got me. Like he’s not going to be there. Not because he’s fast, not because of what he can do for me, but because of the person that he is and because I love him,” Carr said. “I mean he literally texted me at midnight of a golf swing, me and Hunter (Renfrow), ‘How’s my swing look? You guys need to help me.’ Just seeing that and then getting the news when we woke up. How am I supposed to handle that? How am I supposed to react? And I’m trying my best and doing my best, but I do know that God is good and I’m going to believe that he can change situations and do things we just can’t comprehend sometimes, and I’m going to continue to believe that and my kids will believe that and we’ll keep preaching that even when people don’t like it.”

Derek Carr (4) of the Oakland Raiders celebrates a first down with Darren Waller (83) during the second half against the Jacksonville Jaguars at RingCentral Coliseum on Dec. 15, 2019, in Oakland, California.
(Daniel Shirey/Getty Images)

Ruggs, 22, appeared in court on Wednesday, facing two felony charges of DUI resulting in death and reckless driving. Prosecutors said the NFL player was driving at around 156 mph seconds before crashing into Tintor’s 2013 Toyota RAV4 just before 4 a.m.

Ruggs was released by the Raiders on Tuesday.

Steelers’ Mike Tomlin reveals final message to team: ‘If you’re a blinker cut your eyelids off’