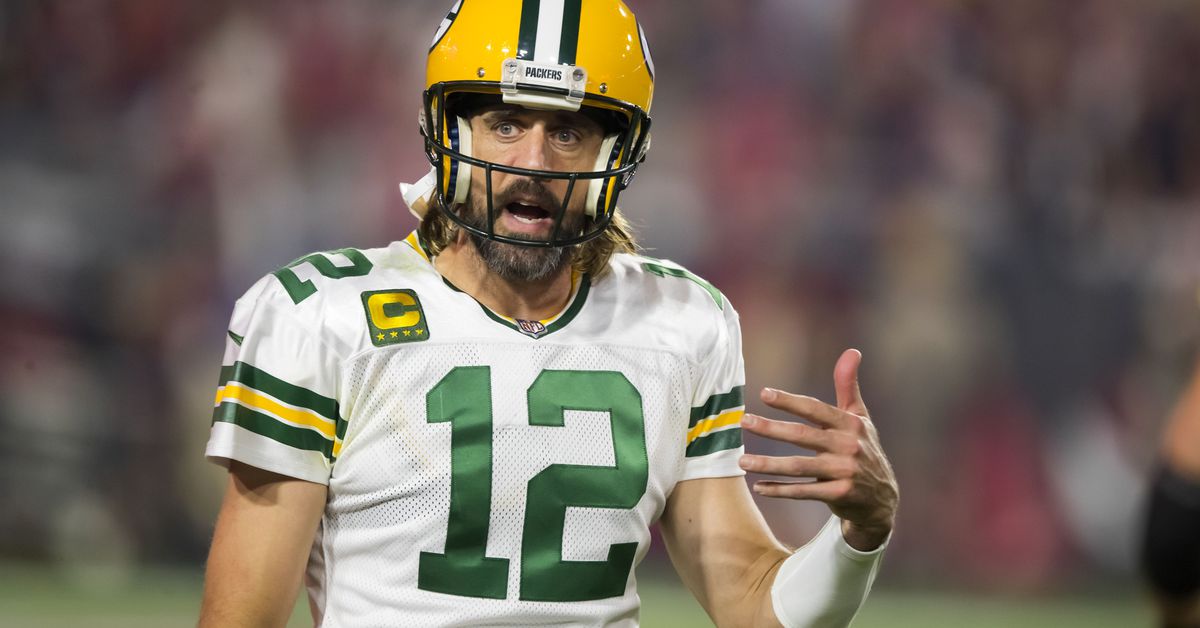 Nov 3 (Reuters) – Green Bay Packers quarterback Aaron Rodgers has been placed on the NFL’s reserve/COVID-19 list and will miss Sunday’s game against the Kansas City Chiefs, the team said on Wednesday.

Multiple media outlets reported that the league’s reigning MVP had tested positive for the novel coronavirus.

The NFL Network reported that Rodgers has not been vaccinated.

Packers head coach Matt LaFleur said he did not know how long Rodgers would be out, adding that backup quarterback Jordan Love is likely to start in his place.

Under league regulations, players who are unvaccinated and test positive for the novel coronavirus must quarantine for a minimum of 10 days.

When asked by reporters in August if he was vaccinated, Rodgers responded: “Yeah, I’ve been immunized”.

Asked on Wednesday whether Rodgers’ comment was misleading, LaFleur demurred.

“That’s a great question for Aaron,” he told reporters. “I’m not going to comment on it.”

In a statement, the NFL said the enforcement of COVID protocols within club facilities rests with each club and that failure to do so has resulted in discipline being assessed against teams in the past.

“The league is aware of the current situation in Green Bay and will be reviewing the matter with the Packers,” the NFL said.

Rodgers has previously sought and was denied an exemption from the NFL-NFLPA’s COVID-19 protocols based on his antibody levels this summer after he received homeopathic treatment to raise those levels, NFL Media reported.

Rodgers’ treatment was not deemed sufficient protection against the coronavirus, the NFL-NFLPA jointly designated infectious disease consultant and the league said, according to NFL Media.

Under league regulations, players who are unvaccinated and test positive for the novel coronavirus must quarantine for a minimum of 10 days.

Media reports said the earliest Rodgers can return to action is on Nov. 13, a day before the Packers play the Seattle Seahawks in week 10.

Rodgers has led Green Bay to the top of the NFC North with seven wins and one loss, putting up 17 touchdowns with 1,894 passing yards.

The COVID-19 vaccine remains a contentious issue in parts of the United States, where more than 78% of Americans aged 12 and older have received at least one shot, according to the White House.

Some public workers like police and fire fighters have quit rather than adhere to vaccine mandates.

Rogers is the latest high-profile U.S. athlete to have his season disrupted as leagues try to get their players vaccinated.

Brooklyn Nets All-Star guard Kyrie Irving remains in limbo, unable to join the team having chosen not to get vaccinated against COVID-19.

The NBA does not require players to be inoculated but Irving is not eligible to play in home games because a New York mandate requires proof of at least one shot of the vaccine to enter large indoor spaces.

The Nets announced ahead of this season that Irving, who joined Brooklyn in 2019 after stints with Cleveland and Boston, would not play or practice with the team until he is eligible to be a full participant.

Vaccine controversies are not limited to U.S. sports.

Unvaccinated players may not be allowed to compete at January’s Australian Open tennis tournament in Melbourne after Victoria state’s premier Daniel Andrews said he would not apply for permits to allow unvaccinated athletes to enter the country.