‘Onto the next one’: Jake Paul suggests Tommy Fury fight will not take place 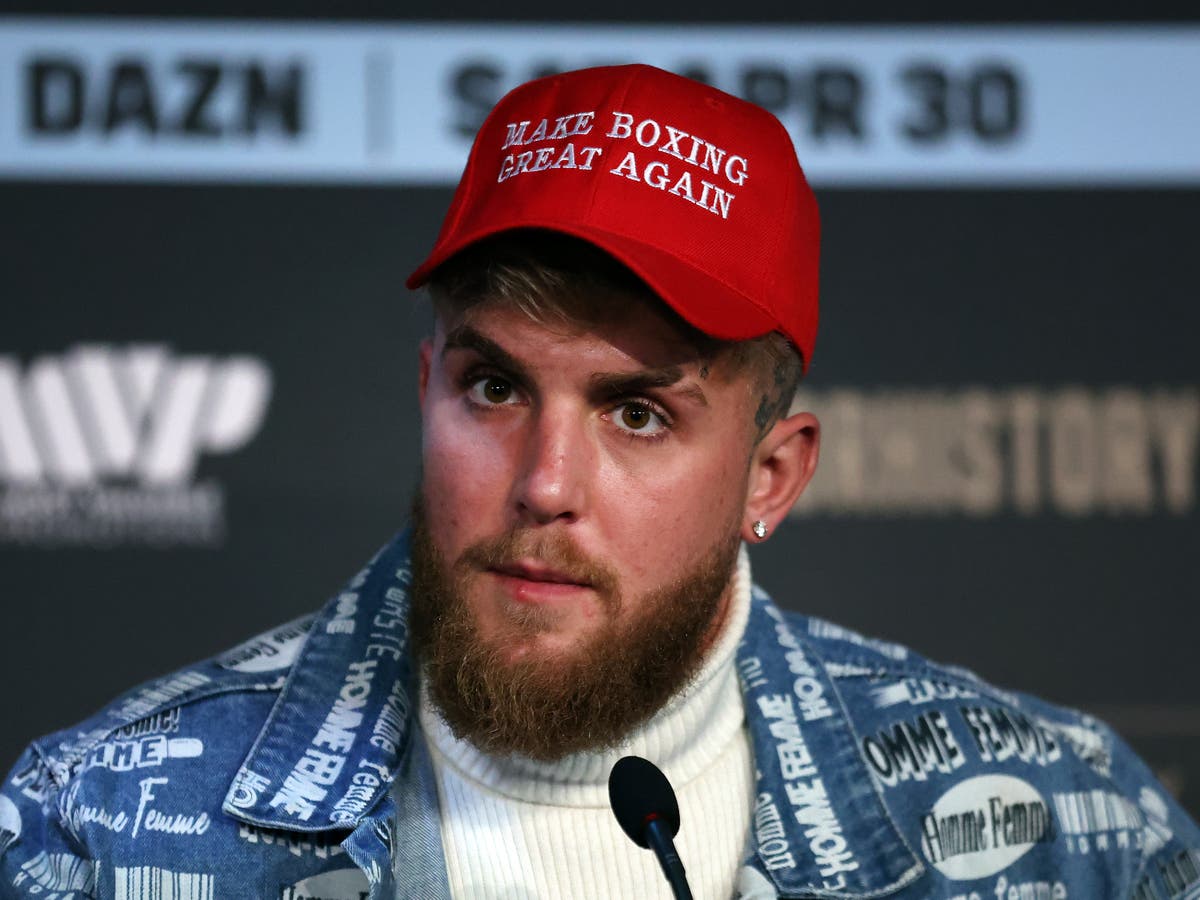 Jake Paul has suggested that his boxing match with Tommy Fury will no longer take place.

YouTube star Paul has gone 5-0 as a professional boxer, while Fury – half-brother of heavyweight champion Tyson – is 8-0 as a pro.

The pair were scheduled to square off in Tampa last December, but Briton Fury withdrew from the bout while citing injury and illness.

The fight finally looked set to play out this summer when it was announced this month that American Paul and Fury would clash at New York City’s Madison Square Garden on 6 August.

However, 23-year-old Fury was stopped at London’s Heathrow airport on Monday as he tried to travel to the US for a pre-fight press conference with Paul, 25.

Fury said he was attempting to “resolve” the issue, though Paul accused the former Love Island contestant of failing to take proper action. Now Paul has suggested that his in-ring meeting with Fury will not go ahead.

“Tommy Fury is in hiding. B***h made,” the YouTuber wrote on Twitter.

“Tyson Fury lawyer never got back to my team on setting up escrow for our $1M bet. Never believed in his brother,” Paul added, referencing a bet he had made with the heavyweight champion over the result of the upcoming fight.

“Instructed my team to do a Hova and move On To The Next One,” Paul continued, referring to rapper Jay-Z’s nickname and one of the star’s songs.

Tommy Fury has not shared any statements since revealing his travel problems in an Instagram video on Tuesday.

Unified women’s featherweight champion Amanda Serrano, who is promoted by Paul, was set to face Brenda Carabajal on the undercard of Paul vs Fury.

It is as yet unclear whether the event will go ahead if Fury is to officially withdraw from his fight with Paul, though the American’s tweet seemed to imply that he will seek an alternative opponent.