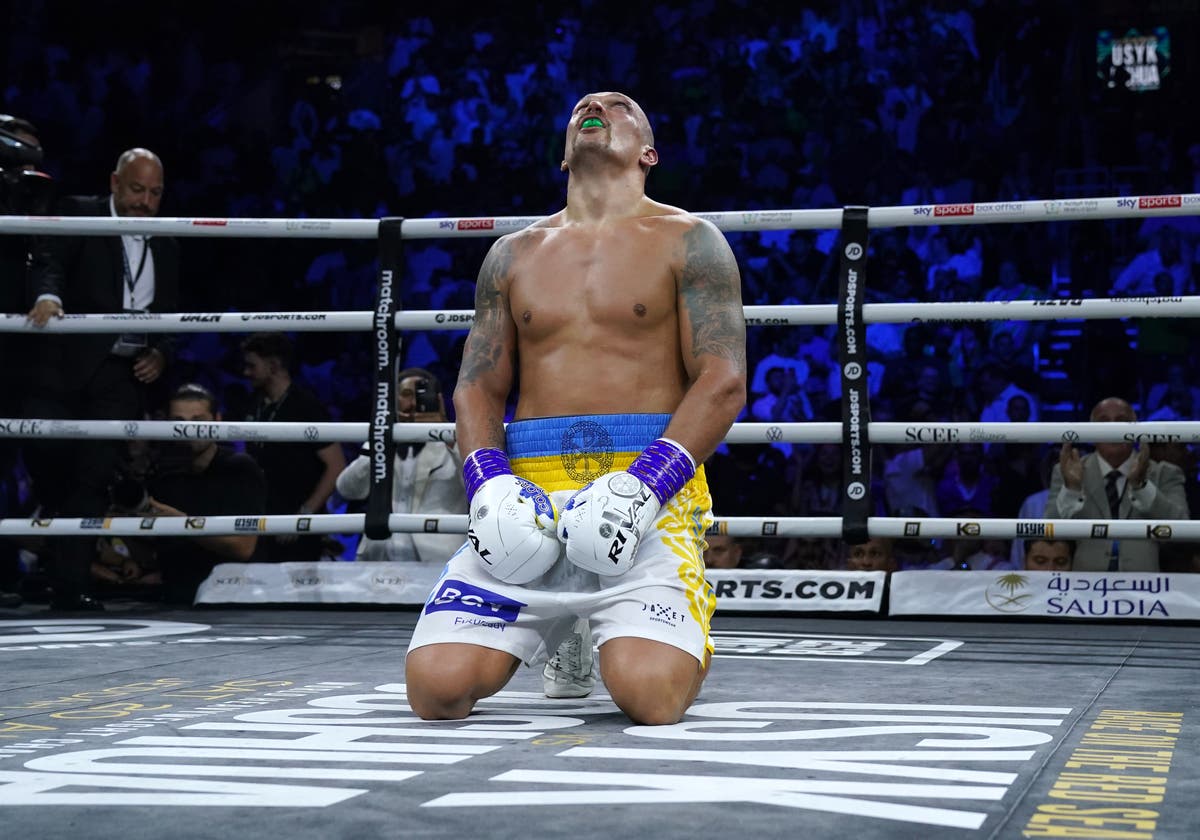 Oleksandr Usyk has revealed that he plans to fight three more times before bringing his professional boxing career to an end.

The Ukrainian outpointed Anthony Joshua in August to beat the Briton for the second time in 11 months and retain the WBA, WBO, IBF and IBO heavyweight belts, which he took from “AJ” last September.

Usyk, 35, was expected to face WBC title holder Tyson Fury next to crown an undisputed heavyweight champion, but the Briton’s desired fight date will come too soon for Usyk. As such, Fury has turned his attention to compatriot Joshua, with a long-awaited bout between the pair on the cards for December.

Usyk is not giving up on a potential contest with Fury down the line, however, and told the USYK17 YouTube channel on Thursday (22 September): “I can fight three more times at my very best. It’s a realistic perspective for my top form.”

When asked whom he hopes to fight before retiring, Usyk answered: “Fury, ‘Canelo’, and a farewell fight at the Olympic stadium [in Kyiv].

“Canelo, he wanted to fight with me, but it will be a freak occasion, just for the sake of earning money.”

Heavyweight Fury, 34, is unbeaten like Usyk, while Saul “Canelo” Alvarez is a multiple-weight world champion.

The ambitious Alvarez has expressed a desire to make his biggest weight-jump yet to face Usyk, who previously reigned as the only undisputed cruiserweight champion of the four-belt era.