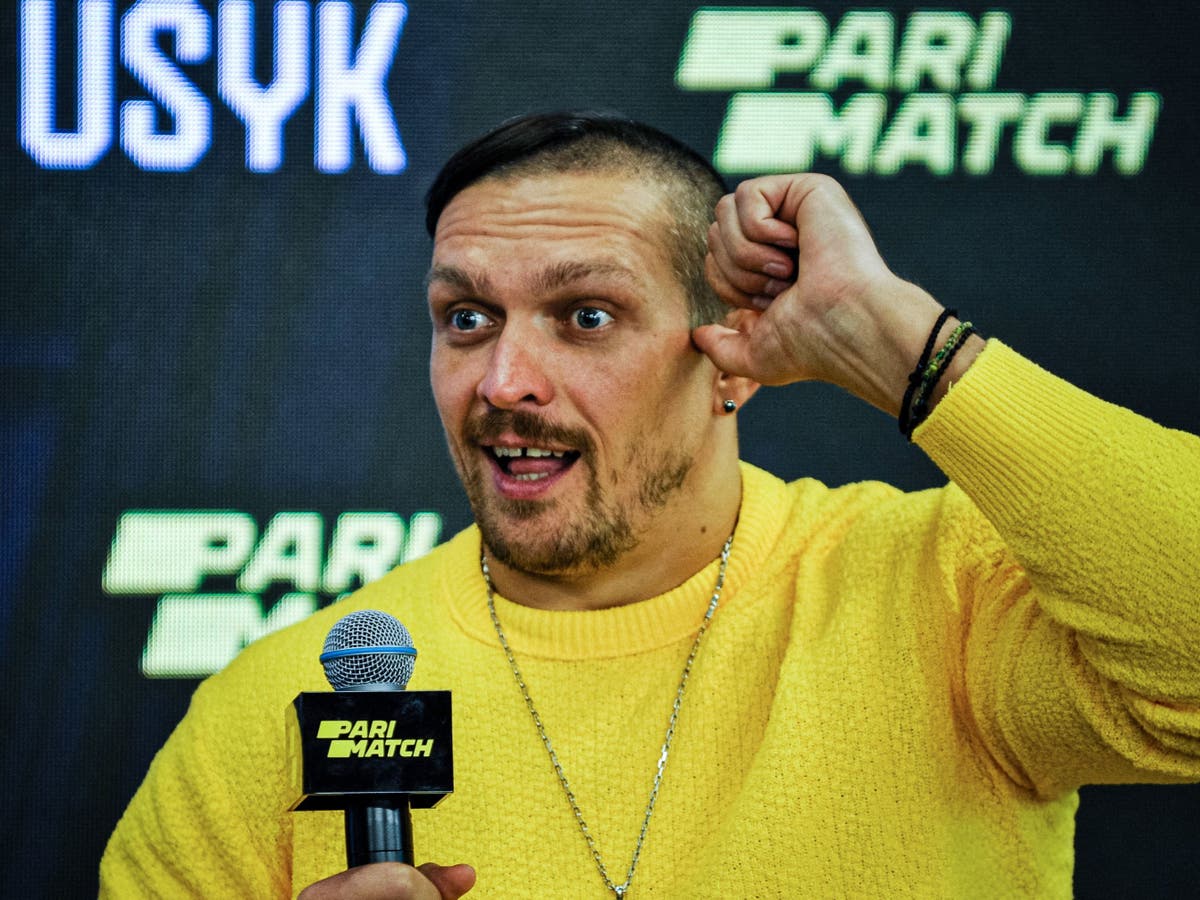 Oleksandr Usyk has joked that he will not watch a heavyweight clash between Tyson Fury and Anthony Joshua if the fight comes to fruition.

Usyk retained the WBA, WBO, IBF and IBO heavyweight belts last month by outpointing Joshua for the second time in 11 months, also staying unbeaten in the process. The Ukrainian was expected to face WBC title holder Fury next to crown an undisputed champion, but the Briton’s desired fight date will come too soon for Usyk.

As such, Fury has now turned his attention to compatriot Joshua, with a long-awaited, all-British bout between the pair on the cards for December.

“Well, if they sign the contract, they will punch each other for a while,” Usyk said in an interview on the USYK17 YouTube channel. “But everyone is expecting Usyk vs Fury.

“I will support neither of them, I won’t even watch this fight – I don’t want to,” the 35-year-old continued, before adding: “Okay, I’m just joking.”

Usyk has expressed a desire to fight Deontay Wilder if the American is able to defeat Robert Helenius in October.

Wilder has not competed since taking on Fury in a trilogy bout last October. Fury won the fight via stoppage, just as he beat Wilder via TKO in their second meeting in 2020. Prior to those bouts, the heavyweights fought to a controversial split draw in 2018.

Southpaw Usyk remains unbeaten as a professional, having previously reigned as the only undisputed cruiserweight champion of the four-belt era before dethroning Joshua at heavyweight with a points win in September 2021.