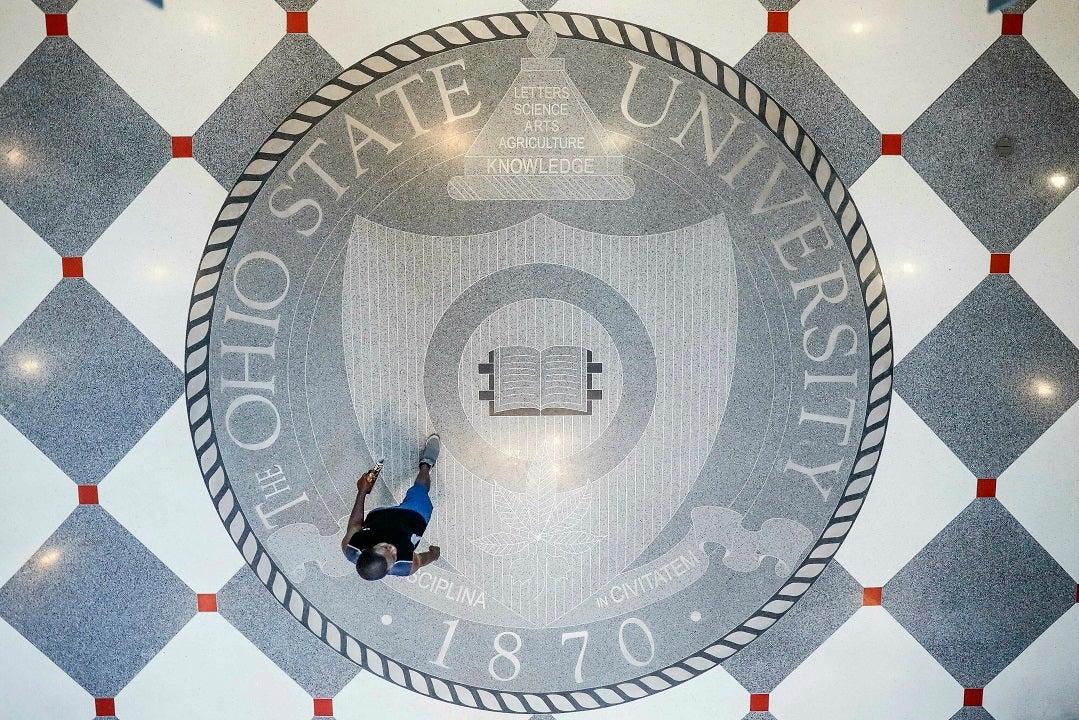 Celebrity New York City bail bondsman Ira Judelson — who has worked with everyone from Conor McGregor to Harvey Weinstein — is accustomed to crime and mayhem.

Just not on his daughter’s leafy Midwestern college campus.

But after the 19-year-old junior was violently carjacked just steps from Ohio State University last week — the latest in a string of attacks on students near campus — the hardened jailhouse veteran said he was shellshocked.

Nate Diaz fights Conor McGregor of Ireland in their welterweight bout during the UFC 202 event at T-Mobile Arena on August 20, 2016 in Las Vegas, Nevada.
(Photo by Jeff Bottari/Zuffa LLC)

“In all my years working in New York’s criminal justice system, I’ve never seen such a lack of police presence and brazen criminals who fear nothing because there are no repercussions for their actions,” said Judelson, who also works as a criminal crisis manager.

His daughter, whose name is being withheld, was carjacked at about 1 p.m. Tuesday after she stepped out of a Starbucks with an iced latte in hand on bustling High Street in Columbus, Ohio, she told Fox News.

As she approached her gray Acura RDX, her key fob automatically unlocked the car, and a female assailant, who was standing nearby, rushed over.

“We tussled,” said the student. “I was yanking the door open, she was trying to close it. We were fighting over the door.” The attacker allegedly shoved her against the car then hopped into the driver’s seat and sped off, the police complaint states.

The perpetrator allegedly live-streamed her joyride on Instagram before dumping the damaged vehicle, leaving it littered with empty bottles of alcohol and vapes, Judelson’s daughter said.

“I’m scared to go outside here even during the day,” she said, noting that the jarring altercation left her with a bruise on her left forearm.

“My daughter called me hysterically crying,” said Judelson, who famously fitted Weinstein with the electronic ankle monitor he wore during his Manhattan rape trial. “She just couldn’t even get the words out. I calmed her down” as she waited for the police, he said.

Judelson said he spends over $32,000 in tuition to send his daughter to Ohio State — famous for its packed football games and rich campus traditions.

“They’re not protecting our children,” said Judelson. “This needs to change.”

The Ohio State University, commonly referred to as Ohio State or OSU, is a public research university located in Columbus, Ohio.

During a September press conference, Deputy Chief Jennifer Knight revealed that the University District had experienced a 51% spike in aggravated assaults, robberies and residential burglaries during a six-month period in 2021 compared to the same period in 2019. The murder rate in Columbus has soared and is on pace to beat the current record of 175 set in 2020, 10WBNS reported.

The students have become prey.

New Jersey native Chase Meola, 23, was fatally gunned down at the Phi Kappa Psi fraternity house Oct. 11, 2020, after a group of young men arrived at the party, were turned away and a brawl broke out.

A few months earlier, Ohio State defensive tackle Haskell Garrett tried to break up a fight between a couple, and the man whipped out a gun and shot him in the face. He survived.

PARENTS OF OHIO STATE STUDENTS PUT UP BILLBOARDS NEAR CAMPUS: ‘COLLEGE SHOULD NOT BE A CRIME SCENE’

Three concerned parents — Angela Fredriksson, Allyson Reid and Irene Hendrick — founded the Facebook group Buckeyes for a Safe Ohio State to address the spiraling crime on and near campus. They tried to work with university officials, but Ohio State President Kristina Johnson refused to meet with them, Hendrick said.

A rash of armed robberies and shootings in August and September coupled with an understaffed police force has chilled the community, parents said.  A mother of a student was shot in the leg on campus Sept. 11 after a football game, WHIOTV 7 reported.

One is emblazoned with the message “COLLEGE SHOULD NOT BE A CRIME SCENE” with the hashtag #OSUProtectOurKids. The second reads “ONE IS ONE TOO MANY” beside a photo of Meola.

The tactic got the attention of Johnson, who held a press conference the next day and pledged $2 million a year to improve security on and around campus — a figure Hendrick said is inadequate.

But crime has persisted. The same day Johnson made her announcement, a group of men tried to enter a fraternity house party Sept. 24 and were turned away. They came back with a gun and shot up the house. No one was injured, according to a university safety notice.

During an Oct. 11 home invasion, the anniversary of Meola’s murder, a female student living off-campus was shoved down a flight of stairs and suffered a concussion, according to a police report.

The Columbus Division of Police handle off-campus crimes while the Ohio State University Police Division deals with on-campus crimes, and there are some areas where they have joint jurisdiction.

“This has created confusion,” said Fredriksson, of Louisville, Kentucky, who pulled her daughter from the school over safety concerns two weeks before she was slated to begin her sophomore year.

Although the population of Columbus has increased, the number of police per 1,000 residents has declined, according to public records.

An Ohio State spokesman said the school had implemented security measures in the fall that drove down incidents of aggravated assault, residential burglary and robbery by 80% after these crimes skyrocketed over the summer.

Reid called the improvements “temporary measures,” noting that the new lights aren’t permanent and said there are still not enough police on and near campus. Judelson’s daughter agreed.

“They say that there is more police presence and campus security but there’s nothing,” she said. “As funny as it sounds, I’m not scared to hypothetically run a red light because there are no police around. I wouldn’t feel that way in New York.”

Reid, of Rumson, New Jersey, and her husband are alumni and have one son who graduated in 2019 and another who is a sophomore.

“Our kids freaking love this school,” she said. “They love it. No one wants to leave. They just deserve to go somewhere that’s safe.”

The Columbus Division of Police didn’t return a request for comment.