Novak Djokovic’s Fight to Stay in Australia Lives Another Day 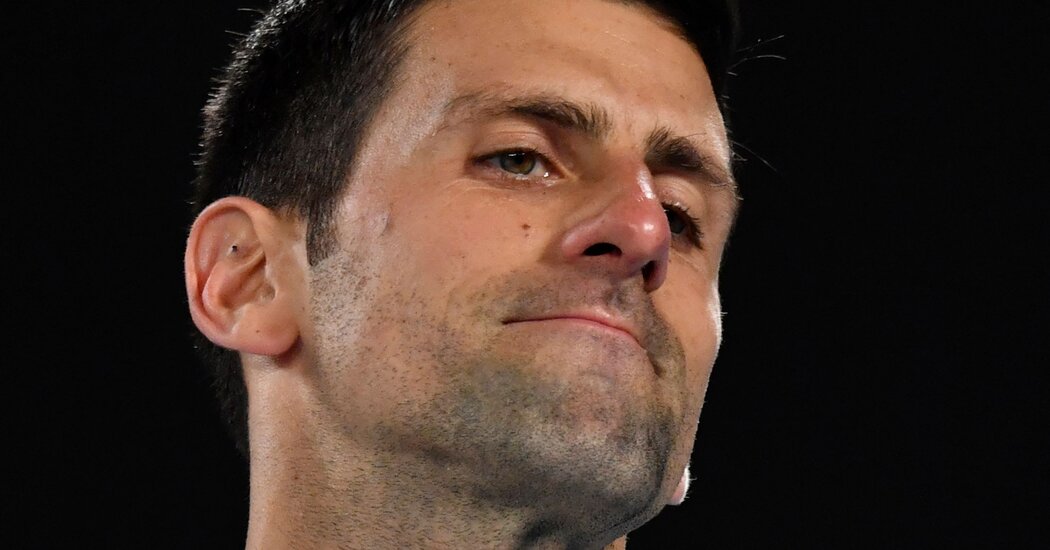 The Australian government also expressed concern that on Dec. 18, a day after Djokovic learned that he had tested positive, he hosted journalists at his tennis center in Belgrade for an interview and photo shoot, without informing them. Those revelations led to the second visa revocation on Friday.

The Novak Djokovic Standoff With Australia

How it started. The standoff began when Djokovic received an exemption that would allow him to defend his Australian Open title. Upon arrival, federal officials said he did not meet the requirements for entry because he was unvaccinated, and canceled his visa.

What happens next. It was unclear what would happen next, with the start of the Australian Open days away. The standoff also presages headwinds he may face if he tries to travel the world without being vaccinated.

Some skeptics wondered if Djokovic’s positive test might have been faked to help him earn the exemption. On Friday, Zoran Gojkovic, a member of Serbia’s coronavirus crisis team, said the player’s positive test result was valid. He added that Djokovic had not violated any Serbian laws, especially since the state of emergency was lifted last month.

Djokovic is in a distinct minority among fellow players on the ATP Tour. More than 90 percent have been vaccinated, the men’s sport’s leading organization reports, and most enjoy far greater ease of movement.

In 2022, the tour does not require vaccinated players to take more than an initial test after they arrive at a tournament, unless they develop symptoms. Unvaccinated players and team members will have to be tested regularly.

The draw for the Australian Open has already been completed, with Djokovic the top seed and scheduled to play Miomir Kekmanovic in the first round. If Djokovic is forced to withdraw after the schedule of play comes out on Sunday, he will be replaced by a so-called lucky loser — a player who lost in the qualifying rounds.

Martina Navratilova, the Hall of Fame player and analyst, told the Sunrise television program in Australia that Djokovic should withdraw on his own to end the drama. “It’s just the right thing to do,” she said, “but I don’t think he will do that because he wants that 21st title.”

Darren Cahill, the Australian former player, analyst and a coach to many top stars, said on his Twitter account that blame could be spread equally among Djokovic, tennis authorities and the Australian government, particularly the state of Victoria, for issuing the original exemption. “It should’ve been a hard rule entering this country considering what the folks have been thru,” he wrote. “Get vaccinated and come play the AO, or if not maybe see you in 23’. No wiggle room.”