Nothing Goofy about possible PGA return to Disney 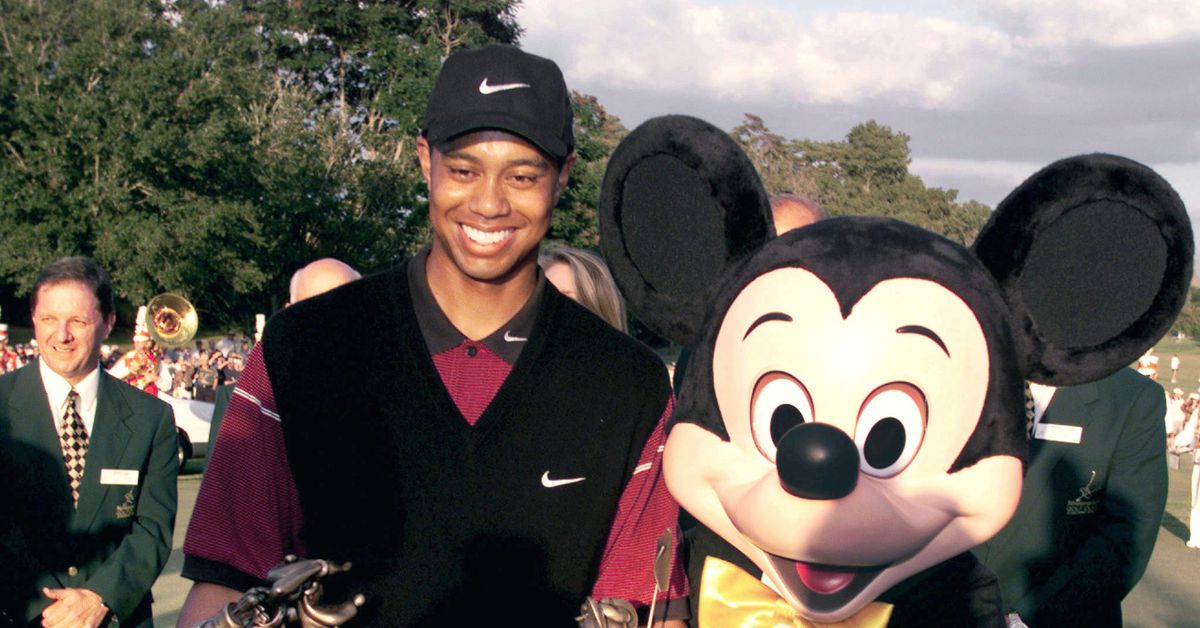 Golfer Tiger Woods poses with Mickey Mouse with the winner’s trophy after the final round of play October 24 in the National Car Rental Golf Classic being played at the Walt Disney World Resort.

Nov 3 (Reuters) – Ever since they opened the gates to Walt Disney World a half-century ago they have played golf at the Magic Kingdom.

It has been nearly a decade since the PGA last made a stop at “The Most Magical Place on Earth” but the Tour said that under the right conditions it would happily consider a return.

“We enjoyed an incredibly successful partnership with Walt Disney World Resort from 1971-2012,” the PGA Tour told Reuters in an email.

“For a potential new event, if the necessary ingredients are in place – title sponsor, available date in Tour schedule that makes sense, player support, community support, charitable partner, successful long-term outlook — there would be consideration made.”

More recently Disney World Golf’s attention has shifted away from providing a stage for professionals to the general public with its three championship layouts pulling in about 200,000 rounds annually.

Four decades of crowning champions like Woods, Nicklaus and Payne Stewart has left a legacy that Disney World Golf continues to benefit from as casual golfers drive, chip and putt around layouts that have hosted the game’s greats.

But Nicklaus, Woods and Stewart are yesterday’s heroes and at some point paying customers will be looking to match themselves up on tracks that the likes of Bryson DeChambeau and Jon Rahm have won on.

“We honour our history and we’re always looking to build upon it,” Bruce Gerlander, general manager of Walt Disney World Golf, told Reuters.

“We certainly have the expertise and facilities to stage world-class events on iconic courses if the right opportunity presented itself for all concerned.”

Disney was dropped from the PGA Tour schedule for the 2013–14 wrap-around season after Children’s Miracle Network declined to renew their sponsorship and no others were found.

But Disney has a deeper connection with golf than some of the current venues hosting PGA and LPGA events.

Long before the Florida amusement park opened for business in 1971, golf was the sport of choice for Disney characters.

Donald Duck and his nephew caddies Huey, Dewey and Louie appeared in a golf-themed cartoon in 1938 as did Mickey Mouse and Pluto in the 1941 “Canine Caddy”. The 1944 classic “How to Play Golf” featured Goofy.

In 1971 golf got real at the Magic Kingdom, however, with Nicklaus winning the first of three consecutive Disney Classics.

“Disney made a great contribution to the game,” said Nicklaus. “They’ve had golf everywhere where they’ve been.”

Disney then became a fixture on the PGA Tour, the 20-year-old Woods in 1996 picking up his second career title at Walt Disney World and winning again in 1999.

Disney World’s partnership with the PGA Tour ended in 2012 when Charlie Beljan collecting his one and only PGA Tour win but in 2011 Disney was the focus of the golf world as Britain Luke Donald battled Webb Simpson to finish top of the PGA Tour money list.

Donald beat Justin Leonard by two shots to complete an historic double, becoming the first player to win both money lists on the PGA and European Tours in the same year.

“I remember Webb Simpson, who I was competing against for the money title he played the week before and got ahead of me by a couple of hundred thousand dollars so forced my hand to play,” Donald told Reuters.

“We actually played all four rounds together with an eye on each and we knew the money title was on the line and possibly player of the year and a lot of other things that go along with it.

Reporting by Steve Keating in Toronto, Editing by Ed Osmond