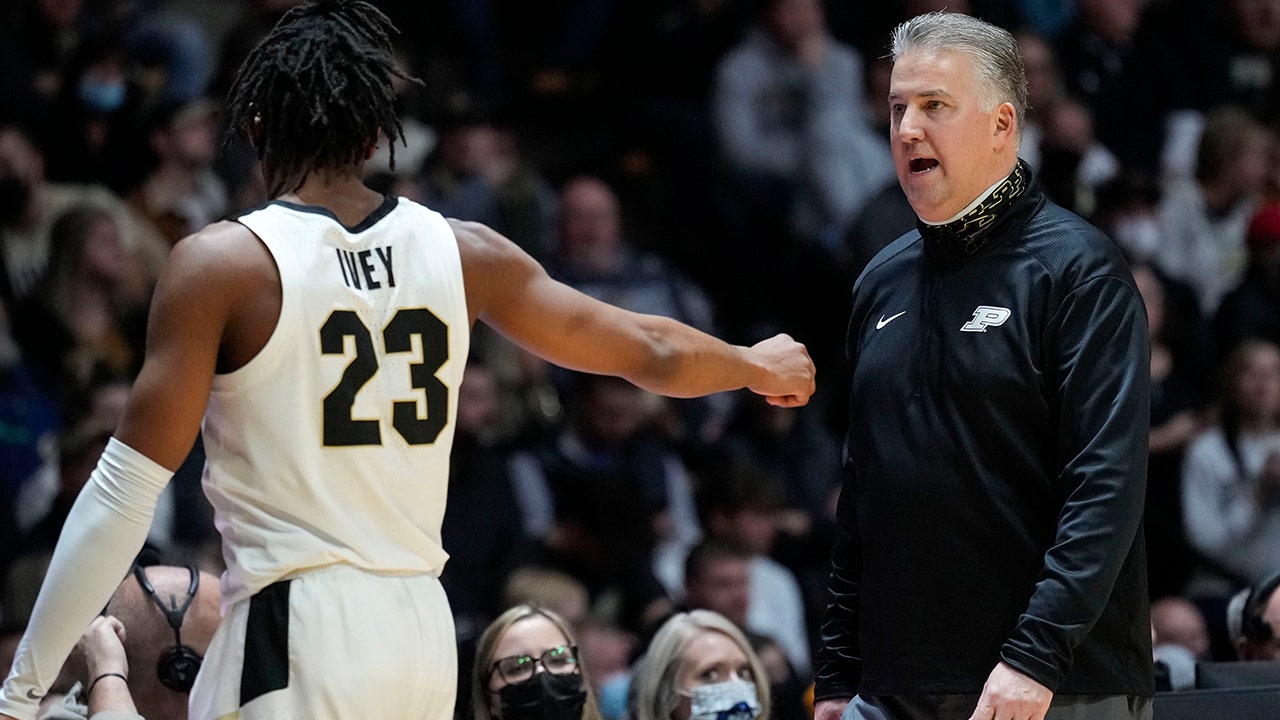 No. 7 Purdue had a point to prove Friday night, and got right to work.

The Boilermakers opened the game on a decisive 23-4 run in their 92-65 rout over Nebraska. Zach Edey scored 22 points and Jaden Ivey added 17 to lead Purdue’s scorers.

“Looking back at the games we lost, I just felt we were getting disrespect from a lot of people saying we can’t do this or can’t do that,” Ivey said. “I just came out fired up today and I’ve got to do that every night.”

Keisei Tominaga led the Cornhuskers with 11 points. Alonzo Verge Jr. and C.J. Wilcher each had 10 points for Nebraska (6-12, 0-7), which has lost five straight and 10 of 11 while dropping to 0-4 this season against ranked foes.

But the Cornhuskers never had a chance and never led after getting into early foul trouble and digging that big deficit in the first 7 1/2 minutes.

“They were in the bonus by the first media timeout in both halves,” Nebraska coach Fred Hoiberg said. “It’s awful hard to (win) when you’re giving up extra shots to those guys.”

Nebraska did manage to trim the deficit to 29-17 on Bryce McGowens’ 3-pointer with 7:16 left in the first half, but Purdue went on a 10-2 spurt to make it 48-30. Wilcher closed the half with a long buzzer-beating shot to make it a 15-point game before pulling away in the second half.

Nebraska: Hoiberg was already at a disadvantage inside and short-handed on the bench. So when three starters each drew two fouls before the first media timeout, it was pretty much over. Nebraska fell to 0-10 all-time at Mackey Arena and hopes to be more competitive in the days ahead.

Purdue: A long break following Tuesday’s postponement against Michigan helped the Boilermakers fine-tune a few things. They were sharp, efficient, took control inside early, and never relented. Sure, it was Nebraska but if Purdue follows this script, it could run away with the conference title.

Wins over Penn State and Nebraska may not be enough to push Purdue back into the top five next week but they’re not likely to be out much longer. Expect the Boilermakers to stay in the top 10 for an 11th consecutive week, matching the second-longest streak in school history. Only a 17-week span from the 1986-87 preseason through the 1987-88 preseason poll was longer. They also had an 11-week streak from January-March 1988.

Nebraska: McGowens had nine points and Derrick Walker added eight. Lat Mayen led the Cornhuskers with eight rebounds. … Nebraska finished with 17 turnovers and was outscored 28-7 in points off turnovers. … The Cornhuskers only have three road wins against top-10 foes in school history, the most recent coming at No. 9 Michigan State on Feb. 16, 2014.

Purdue: Preseason All-American Trevion Williams had 10 points and five rebounds. … Ivey had four rebounds and five assists, while Edey had nine rebounds and was 9 of 12 from the field. … Sasha Stefanovic finished with nine points and three assists.