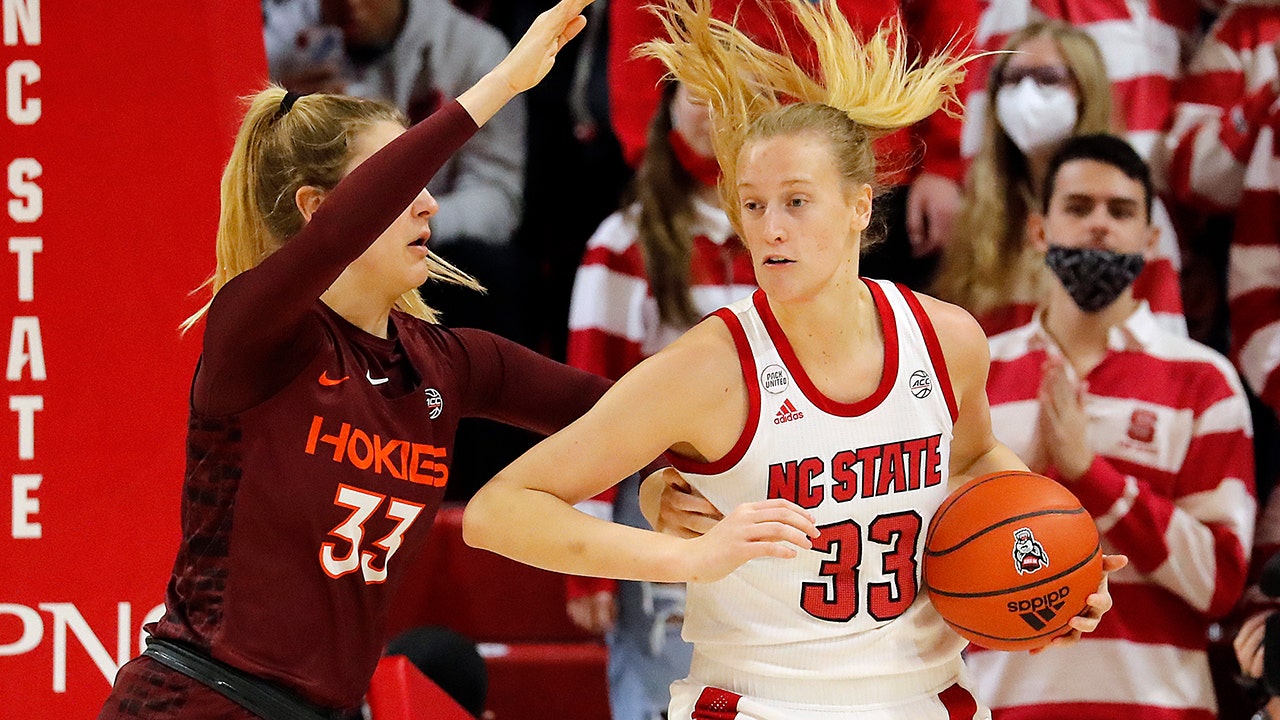 For the second straight game, Jakia Brown-Turner had to save the day for No. 4 North Carolina State.

She scored 10 fourth-quarter points Thursday to help the Wolfpack beat No. 3 Louisville. On Sunday, after not scoring for about 35 minutes, Brown-Turner made two shots with less than 90 seconds to play to push the Wolfpack’s lead back to two possessions.

“We put her back in mainly to get a little bit of length and defense out there,” N.C. State coach Wes Moore said. “She made some big plays for us down the stretch.”

Brown-Turner powered the offense for N.C. State (18-2, 9-0 Atlantic Coast Conference), scoring 10 of her 14 points in the first quarter. Brown-Turner’s other two buckets came after an 11-2 fourth-quarter run from Virginia Tech. She also had seven rebounds and three steals.

“I just focused on defense and tried to make plays,” said Brown-Turner, who also had seven rebounds and three steals. “I know when I play defense, the offense will come.”

After trailing by six points, N.C. State went on a 14-2 run to end the second quarter, taking a 26-20 lead into halftime. Diamond Johnson scored all of her seven points during that span. The Wolfpack then used a 12-3 third quarter stretch to push their lead to 15 points.

The Hokies were physical in defending All-American center Elissa Cunane, holding her scoreless in the first half. She finished with seven points on 2 of 16 shooting, a season-worst 12.5%. Cunane did grab a team-high 10 rebounds.

“It’s always going to be a little physical inside, trying not to give them position,” Cunane said. “Looking back on it, I wasn’t taking the best shots.”

N.C. State: The Wolfpack are 9-0 in ACC play for the first time in coach Wes Moore’s nine-year tenure. N.C. State won Sunday by playing tough defense and by being efficient with extra scoring chances. The Wolfpack registered 16 second-chance points off of 14 offensive rebounds, and turned 13 Virginia Tech turnovers into 16 points.

Virginia Tech: There’s something about N.C. State’s Reynolds Coliseum that rubs the Hokies the wrong way. They’re now 0-12 there, and this loss snapped a three-game winning streak. The Hokies’ shooting woes doomed them in this game, as they put up their second-worst scoring total and field goal percentage of the season.

“We just feel like we didn’t play well,” Virginia Tech coach Kenny Brooks said. “Their defense was good, but we did have enough open looks that could’ve really changed the complexion of the basketball game. We just didn’t knock them down.”

STAT OF THE DAY

“It wasn’t pretty. We found a way to grind it out,” Moore said. “If this had been an NCAA tournament game, where we struggled so much offensively, we would have been able to survive and advance because of our defense and because of our rebounding.”

After beating Virginia Tech and No. 3 Louisville this week, N.C. State reinforced its case that it should at least swap places with the Cardinals. The Wolfpack have now beaten five teams ranked in the AP Top 25 poll this season.

Connecticut Sun coach Curt Miller and Indiana Fever coach Marianne Stanley attended the game. The Sun have the No. 12 overall selection in the upcoming WNBA Draft, while the Fever are picking second.