No. 2 Stanford hands No. 22 Colorado its first loss 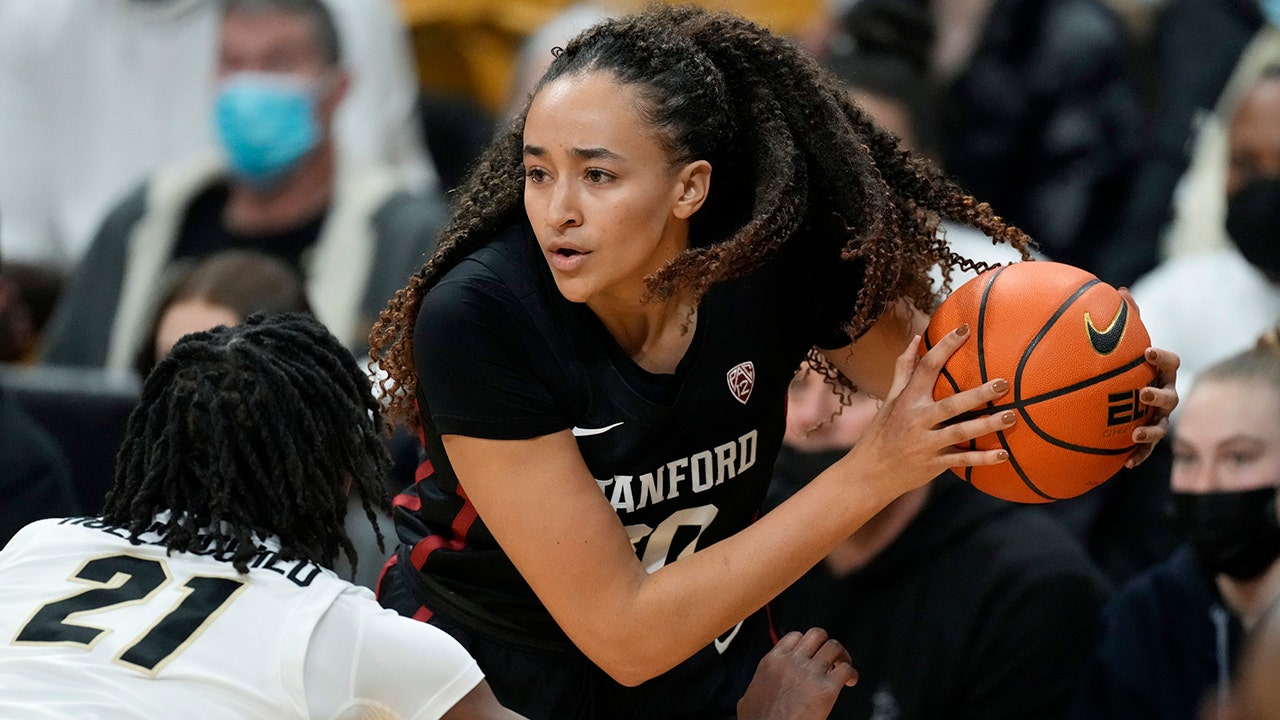 No. 2 Stanford knocked off the last remaining undefeated team in Division I basketball, overcoming a season-high 22 turnovers to beat No. 22 Colorado 60-52 on Friday night.

“I won’t tell you the game was pretty,” Stanford coach Tara VanDerveer said. “But it was a gritty, gritty win.”

Haley Jones scored 11 points, while Ashten Prechtel and Cameron Brink each added 10 points for the Cardinal (12-3, 3-0 Pac-12), who didn’t take the first lead until the third quarter and finally gained some separation on a Prechtel 3-pointer in the fourth.

It was quite an undefeated run for Colorado (13-1, 2-1), which was controlling the tempo before Stanford’s 12-4 spurt in the fourth quarter went a long way to snapping the streak. It was only the second time in program history the Buffaloes began 13-0.

Quay Miller led the Buffaloes with 16 points, but battled foul trouble and fouled out with 6:12 remaining. Jaylyn Sherrod had five steals.

The swarming defense by the Buffaloes resulted in 15 steals and forced Stanford into numerous ill-advised passes. The Cardinal matched their season average of 14.7 turnovers by halftime (15).

“They were being really, really aggressive going for steals,” Prechtel said. “They forced a lot of turnovers. … We definitely were able to handle it better in the second half.”

Tied at 41 after three quarters, Colorado went into a shooting funk, going 1 for 11 at one point in the fourth. Still, the Buffaloes found a way to hang around.

They usually do against Stanford: Six of the last seven matchups between these two conference foes have been decided by a single-digit margin. That includes last season when Stanford, the No. 1 team at the time, lost 77-72 in overtime at the CU Events Center. Stanford regrouped and went on to win the national title.

“It shows how good we are as a defensive team,” Colorado forward Peanut Tuitele said. “It just shows that we can be one of the best defenders in the country. That’s what I felt like this loss was to us, it shows that we can defend anybody.”

Trailing by as many as 11 points in the first half, the Cardinal found some rhythm. They took their first lead on a driving layup by Brink with 7:58 left in the third quarter. It was back and forth before Brink gave Stanford the lead for good, 43-41, on a layup with 9:48 remaining.

“We didn’t take care of the ball very well. But we found a way to win,” VanDerveer said. “And that’s that’s what I’m really proud of.”

Colorado: The Buffaloes are trending toward an appearance in the NCAA tournament, where they haven’t been since 2013.

Denver Nuggets guard Monte Morris was among the fans at the game. … Stanford outrebounded Colorado by a 49-27 margin. … Colorado had a 12-6 edge in fast-break points. … There was a scary moment for the Cardinal late in the fourth when Anna Wilson crashed to the court after taking a charge. She was carried off the court by teammates.

Prechtel finished with eight rebounds, while Belibi had seven. Prechtel spent some time in the stands after the game talking to family and friends.

“It’s awesome to be able to be at an away game and look into the stands and see your own fans out there,” Prechtel said.

Stanford: At Utah on Sunday.

Colorado: At Oregon State on Monday.