Nick Kyrgios: Assault allegations made it ‘hard to focus’ ahead of Wimbledon quarter-final 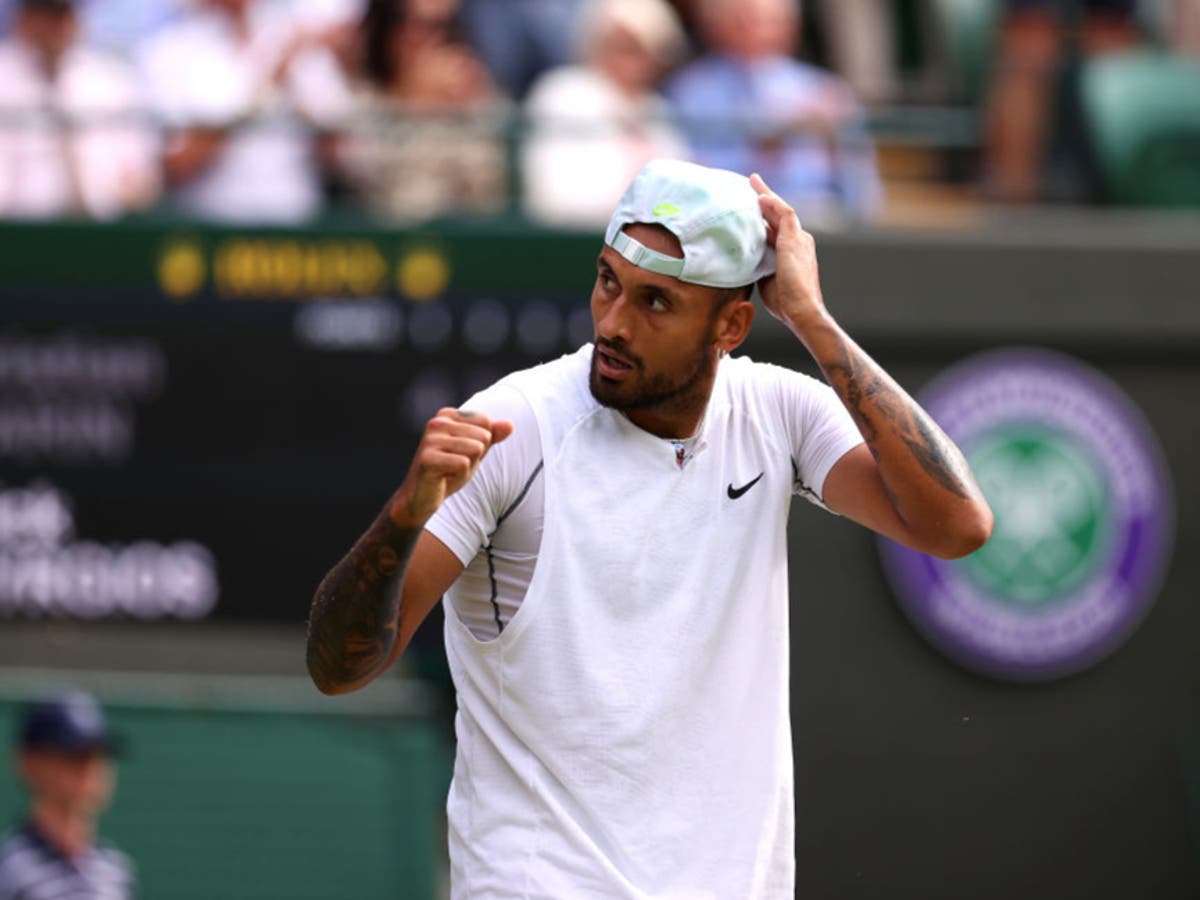 Nick Kyrgios said the assault charge he is facing made it “hard to focus” ahead of his quarter-final.

It emerged on Tuesday that the Australian tennis player has been summoned to appear in a Canberra court on 2 August over allegations of common assault against his ex-girlfriend Chiara Passari.

Speaking after his victory over Chile’s Cristian Garin in straight sets in the quarter-finals on Wednesday, Kyrgios said he had “things I want to say” but had been advised not to by his lawyer.

“Obviously I have a lot of thoughts and things I want to say, you know kind of my side about it but obviously I’ve being advised by lawyers that I’m unable to say anything at this time,” he said.

“So I understand that everyone wants to kind of ask about it and all that but I can’t give you too much on that right now.”

Asked if the last 24 hours threw him off, he said: “It didn’t really affect my preparation at all. I knew I stayed true to myself and give my best performance today”, but later added that it was “hard to focus” in the lead-up to the match.

“Obviously, seeing it, you know I’m only human – obviously I read about it and obviously everyone else was asking questions,” he said.

“And it was hard. It was hard to kind of just focus on kind of the mission at hand. It was quarter-finals of Wimbledon today.

“I know deep down that you know that’s what I was prepared for,” he added. “I know that I was going to stay true to myself and give my best performance today.”

The 27-year-old received a 10,000 US dollar (£8,260) punishment after he admitted spitting in the direction of a spectator who had heckled him during the first-round tie against Paul Jubb, and a 4,000 dollar (£3,300) fine for swearing during Saturday’s fiery clash with Stefanos Tsitsipas.

Kyrgios, who has regularly clashed with line judges at this grand slam, later broke the strict dress code at Wimbledon when he wore red Air Jordan trainers and a red cap for an on-court interview following his most recent victory.

Earlier on Wednesday, his ex-girlfriend Ajla Tomljanovic revealed she did not experience domestic violence the Australian.

The Croatian-born Australian tennis player’s relationship with Kyrgios is said to have ended in 2018.

Tomljanovic was asked about the allegations in a press conference after she lost her quarter-final match against Elena Rybakina on Court No 1.

At first, the 29-year-old told reporters that she had not heard about the assault allegations.

She then said: “It’s been a while since our relationship ended so obviously I’ve always kept my relationship very private and I would like to keep it like that.

“I’m definitely against domestic violence and I hope it gets resolved, but yeah I mean haven’t had that experience with him.”