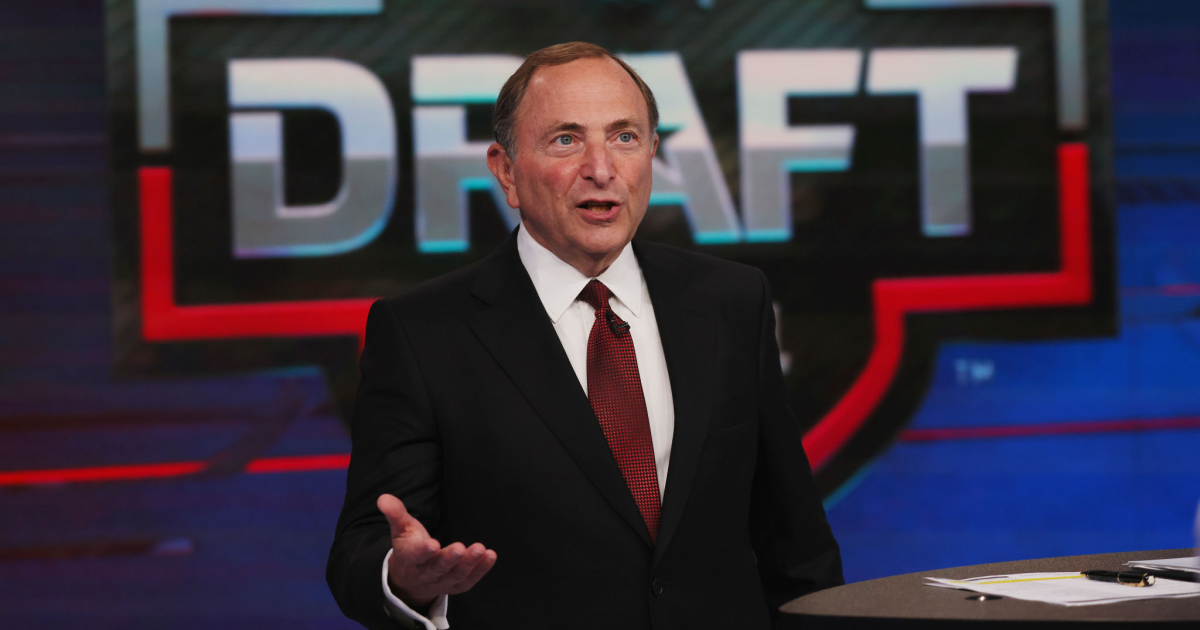 NHL Commissioner Gary Bettman expressed compassion for Kyle Beach, a former Chicago Blackhawks prospect whose allegations of sexual abuse by a video coach in 2010 were ignored for more than a decade, but Bettman defended the league’s handling of what he called a “disturbing and difficult” matter.

Beach, then 20, alleged he was sexually assaulted by video coach Brad Aldrich and that Aldrich threatened to harm his career if he reported it. Beach told the team’s skills coach, who relayed the information to club executives. They met in May of 2010 to discuss a response but didn’t act promptly, which allowed Aldridge continued access to players and team activities.

Aldrich made advances on a team intern before he was allowed to resign. He received severance pay and had his name engraved on the Stanley Cup. He pleaded guilty in 2013 to fourth degree criminal sexual conduct involving a minor in Houghton, Mich., and in 2014 was sentenced to nine months in jail. He is a registered sex offender.

Lawsuits filed in May by Beach and the unnamed minor in Michigan prompted the Blackhawks to commission the law firm of Jenner & Block to investigate the matter. The investigation found that the Blackhawks had made no effort to investigate Beach’s allegations and they had violated their sexual harassment policy by failing to respond in a timely manner.

Bettman said the NHL was not made aware of Beach’s allegations in 2010. It wasn’t until last Monday that he saw the report on the investigation, which he described as a “thorough and professional job.” He also said that although Aldrich contended the encounter with Beach had been consensual, it was not appropriate in any case because it involved a subordinate and someone with power over that person.

“Whatever you concluded from what the witnesses said, it is clear that what happened was inappropriate, it was wrong on every level, and it was not handled correctly by the Blackhawks organization,” Bettman said Monday during a webinar. “The fact that ownership was found to be unaware did not change my view that the club bore responsibility.”

Then-club president John McDonough was released by the Blackhawks in 2020. Executives Stan Bowman and Al MacIsaac resigned last week. Then-coach Joel Quenneville, who had moved on to coach the Florida Panthers, resigned from his job Thursday after meeting with Bettman. Then-assistant general manager Kevin Cheveldayoff, now general manager of the Winnipeg Jets, was absolved of blame because Bettman said Cheveldayoff’s authority and knowledge were limited and Cheveldayoff had reason to believe his superiors would act.

The Blackhawks asked the Hockey Hall of Fame to cover up Aldrich’s name on the Cup, and Hall officials are considering how to do so.

Bettman fined the Blackhawks $2 million for their negligence, with $1 million directed toward Chicago-area organizations that support victims of abuse. “People can and have debated the amount of the fine, but it was substantial by any measure and acknowledges that the organization failed to act appropriately,” he said. “Also, the fine sends, as intended, a message to all clubs as to how I view their organizational responsibilities.”

Bettman spoke to Beach on Saturday to express regret for Beach’s anguish the past decade. Beach is now playing in Germany. “I am sorry for what he has been through and thought he has been courageous, especially this past week. We discussed the path forward with him involved in efforts to confront abuse. We also offered to him and his family our resources for counseling,” Bettman said.

The Blackhawks have moved to dismiss the lawsuits filed by Beach and the minor who was assaulted by Aldrich. Bettman declined to say whether he will support the club’s efforts in that regard. “What you’re asking us to do is make a judgment on the legalities in a lawsuit with respect to what may or may not have happened here, and I don’t think it’s appropriate for me to comment on whether or not the lawsuit has merit, which is really what you’re asking me to do,” he said.

“I did hear Danny Wirtz [the Blackhawks’ chief executive officer] say they would be interested in trying to resolve this and settle it, but whether or not they should be proceeding with their legal options and determine ultimately under the legal stands whether or not this is a meritorious lawsuit, that’s for the lawyers involved to decide.”

Bettman said the league has made progress in educating players and club personnel about the importance of eliminating harassment, assault and discrimination, and that it has educated teams about handling such incidents. It has made a hotline available for players or others to call to report incidents and remain anonymous if they wish. His goal is to establish a network of resources that would allow players at any level to contact experts and seek help.

“Again, and where I started, we could not be more sorry for the trauma that Kyle has had to endure,” Bettman said, “and our goal is to do what is necessary to continue to move forward.”