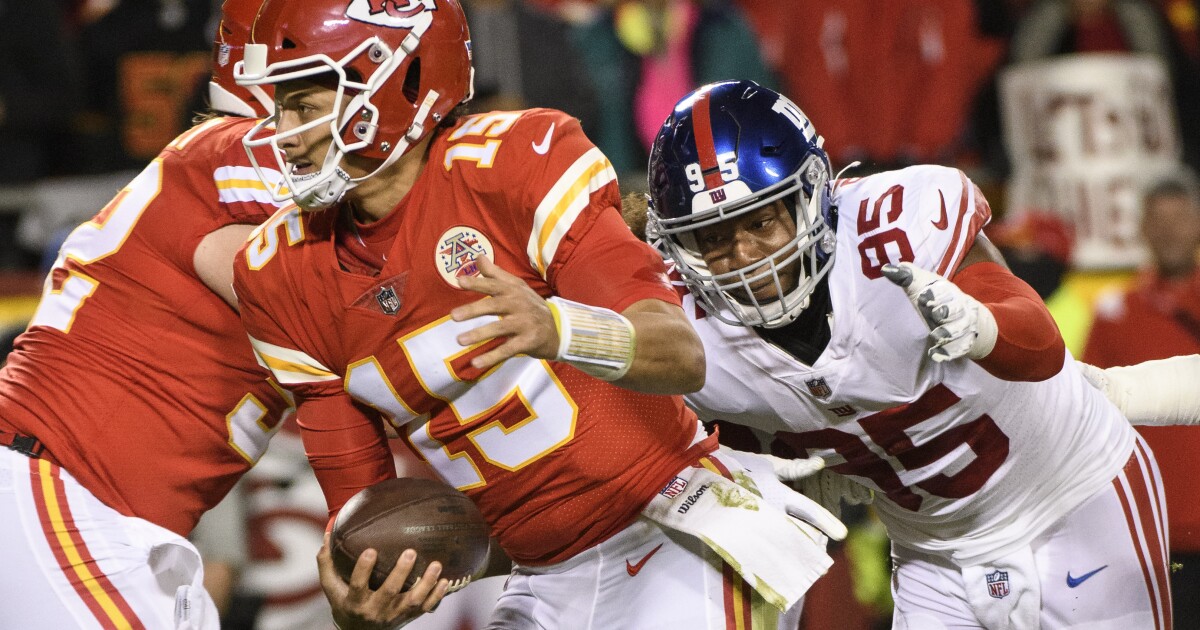 Teams are similar in a lot of ways, and both can crank up the pass rush. Makes more sense that Carson Wentz would be prepared at home on a short week than Mike White pulling off another stunner.

Patriots run the ball well, Mac Jones doesn’t make a lot of mistakes, and they’re solid on defense. The Panthers can clamp down on defense and might be getting Christian McCaffrey back.

Both are coming off losses, but at least the Bengals were able to generate 31 points in falling to the New York Jets. Cincinnati is at home, and facing a team still trying to get its offense on track.

This is a style-points game for Buffalo, in which the Bills are not only expected to win but also to win going away. Josh Allen should have a big day, and this will be decided fairly quickly.

The Raiders are a mess off the field, but they’ve done a good job of sticking together and winning games. They’re fresh after a week off and just better than the banged-up Giants.

Ravens got a week off after a thrashing by Cincinnati, and that should help. Minnesota got scorched by Dallas — with Cooper Rush at quarterback — and couldn’t achieve liftoff with Kirk Cousins.

With Dak Prescott back and no Von Miller to worry about, Dallas should be able to crank up the offense. But Denver put on a respectable performance against Washington without Miller, so …

Two bad teams. Last Sunday’s home loss to the Rams should have been more lopsided for the Texans, but Houston came back with some cosmetic scores. Miami is a little better but not much.

If Saints had a solid answer at QB this would be an easier pick. Their defense is playing well, though, and made Tom Brady look mortal last week. They should be able to do the same against Matt Ryan.

The Chargers are too well coached, and Justin Herbert is too good not to bounce back from the New England loss. Philadelphia is coming off a lopsided win, but it came against the feeble Detroit Lions.

The Chiefs are wobbly and suddenly prone to turnovers, but the turnover that matters most here is the quarterback change by Green Bay. Jordan Love will be hard-pressed to win at Arrowhead.

Should be a hard-fought NFC West game. The 49ers are perpetually limping, but even at partial strength they will be tough. The Cardinals are rested after an emotional loss to Green Bay.

Rams were torn up on ground against Arizona, so they catch a big break in not facing Derrick Henry. Tennessee still has some weapons, but not enough of them. Another big Matthew Stafford game.

Both are struggling, but Pittsburgh is at home in prime time, and its defense will have something dialed up to fluster Justin Fields. Chicago’s line is going to have a hard time protecting him.