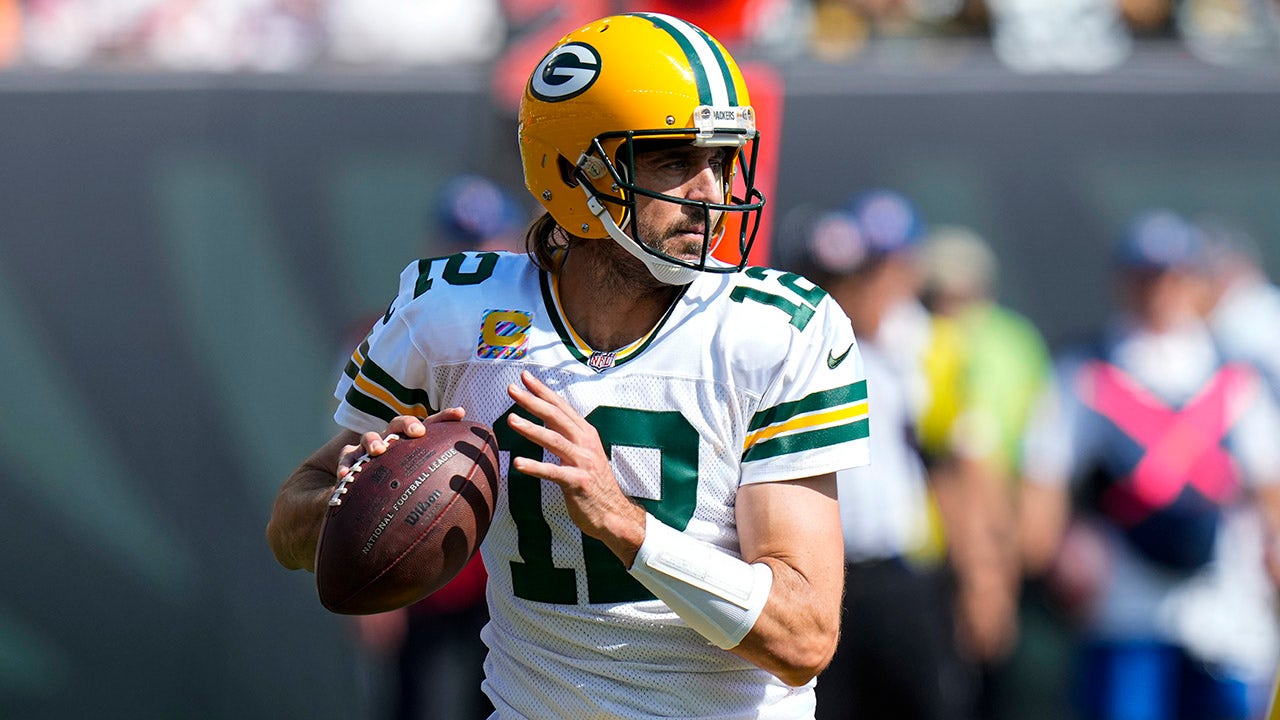 The Green Bay Packers‘ COVID-19 protocols are being reviewed by the NFL after Aaron Rodgers, who was previously believed to have been vaccinated, tested positive on Wednesday.

The league issued a statement on Wednesday in response to questions over the Packers’ protocols following the revelation that Rodgers had not been vaccinated.

BILL SIMMONS RIPS AARON RODGERS OVER VACCINE CONTROVERSY: ‘I THINK HE’S BEEN A DIVA THE LAST COUPLE OF YEARS’

“The primary responsibility for enforcement of the COVID protocols within club facilities rests with each club,” the statement read, via NFL Network. “Failure to properly enforce the protocols has resulted in discipline being assessed against individual clubs in the past. The league is aware of the current situation in Green Bay and will be reviewing the matter with the Packers.”

Packers’ Aaron Rodgers is congratulated after running for a touchdown against the Pittsburgh Steelers on Sunday, Oct. 3, 2021, in Green Bay, Wisconsin.
(AP Photo/Mike Roemer)

Rodgers will be absent from Sunday’s game against the Kansas City Chiefs after multiple reports indicated he would be out 10 days because of the league’s policy for unvaccinated players who test positive.

According to the NFL Network, the reigning NFL MVP is not vaccinated but he told reportein August – when directly asked about his vaccine status – that he had been “immunized” and would not “judge those” who choose not to.

Sports Illustrated’s Albert Breer noted in a tweet that Rodgers appeared to be in violation of COVID-19 protocols while talking to the media during press conferences, unmasked.

Aaron Rodgers of the Packers calls a play against the Washington Football Team at Lambeau Field on Oct. 24, 2021, in Green Bay, Wisconsin.
(Stacy Revere/Getty Images)

He reported in another tweet that the Packers have unvaccinated players speak to the media via zoom and that the NFL declined to comment on whether the Packers had flagged or warned the team about the protocol violations.