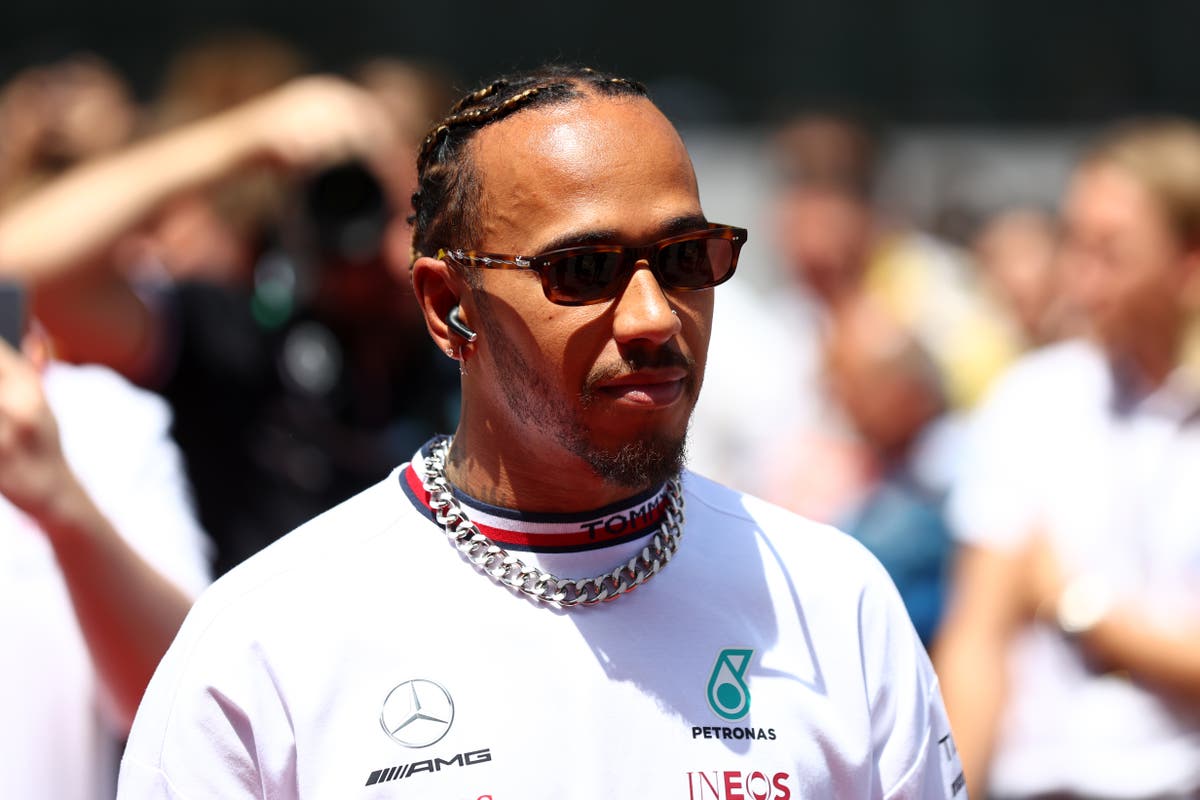 Mercedes have denied that Lewis Hamilton touched the rear wing of Sergio Perez’s Red Bull at the Spanish Grand Prix.

A picture emerged of Hamilton walking behind the car which made it appear as though he had touched it. Max Verstappen was fined last season for doing the same with Hamilton’s wing at the Brazilian Grand Prix, which some fans were quick to highlight.

However, Mercedes insisted Hamilton didn’t in fact come into contact with the car.

‘’Some people seem to think he is touching the wing, but his hand isn’t on it,” Mercedes said in a statement to GPblog. “At each end of the flap, you can see the white dot for legality – and the bracket which allows the flap to pivot when the DRS opens.

“Some people seem to think one of those brackets is his thumb – but it’s clearly not, as it’s the same on both sides.”

Hamilton finished fifth at the Spanish GP and is feeling positive about the remainder of the season after Mercedes’ difficult start.

“We’ve made a lot of improvements with the car,” Hamilton said. “The race pace is much, much better… the car is much nicer in the race. This is a great sign we’re going in the right direction.

“Without [my start], I would have been fighting the Red Bulls. That gives me great hope that at some stage we’ll be fighting for the win.”