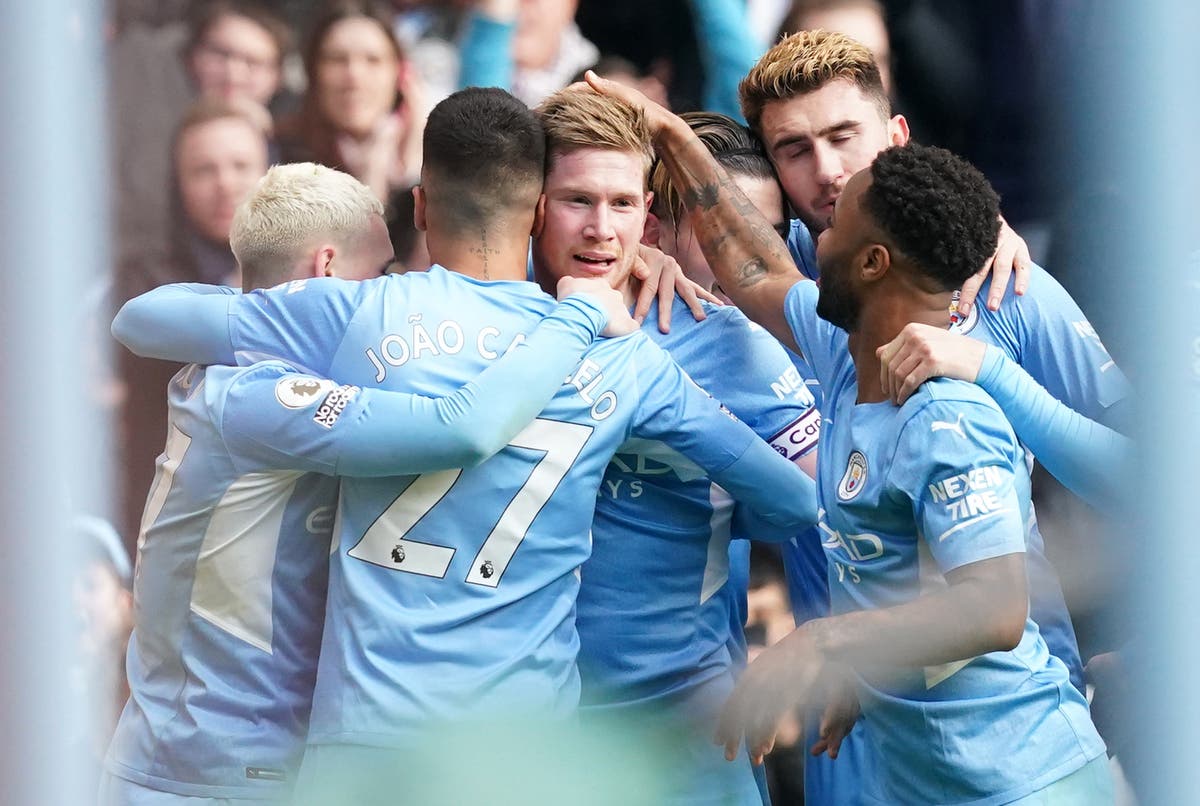 Kevin De Bruyne scored a superb winner as Manchester City moved 13 points clear at the top of the Premier League with a 1-0 victory over Chelsea.

The Belgian playmaker curled beyond Kepa Arrizabalaga from distance to settle a tight contest at the Etihad Stadium with 20 minutes remaining.

It was a moment of magic worthy of winning any game but was the least City deserved having dominated against the side that beat them in last season’s Champions League final.

The victory possibly ended the Londoners’ title chances. Liverpool 14 points behind City but with two games in hand, may now be the only side that could realistically hope to deny Pep Guardiola a fourth crown in five years.

Bruno Fernandes’ opener squirmed through Emiliano Martinez’s hands with only six minutes gone before the Portuguese doubled United’s lead after the interval.

However, substitute Coutinho turned the evening kick-off on its head, with his 77th-minute assist to Jacob Ramsey providing Steven Gerrard’s side with hope. The former Liverpool forward then converted his own effort moments later.

The Portuguese frontman headed the Hornets level three minutes from time to stun St James’ Park in the fight for Premier League survival.

Eddie Howe’s men looked to have won it through Allan Saint-Maximin’s superb 49th-minute strike but they retreated as the visitors sought a way back into the game, and ultimately were made to pay for their passivity.

Norwich secured their first league victory since November with a 2-1 win over Everton at Carrow Road to inflict more pressure on Rafael Benitez.

The travelling fans were calling for Benitez to leave before the game started and two goals in quick succession, Adam Idah adding to an own goal by Michael Keane, did little to improve their mood.

Richarlison pulled one back for the visitors with a perfectly-timed bicycle kick but the Toffees failed to salvage a point and remain without a league win since the start of December.

James Ward-Prowse’s stunning free-kick pulled a goal back for the Saints and Romain Perraud hit the bar just before Traore sealed victory for the hosts.

Bruno Lage’s side were not at their vibrant best but it was enough to squeeze past the Saints to sit eighth.