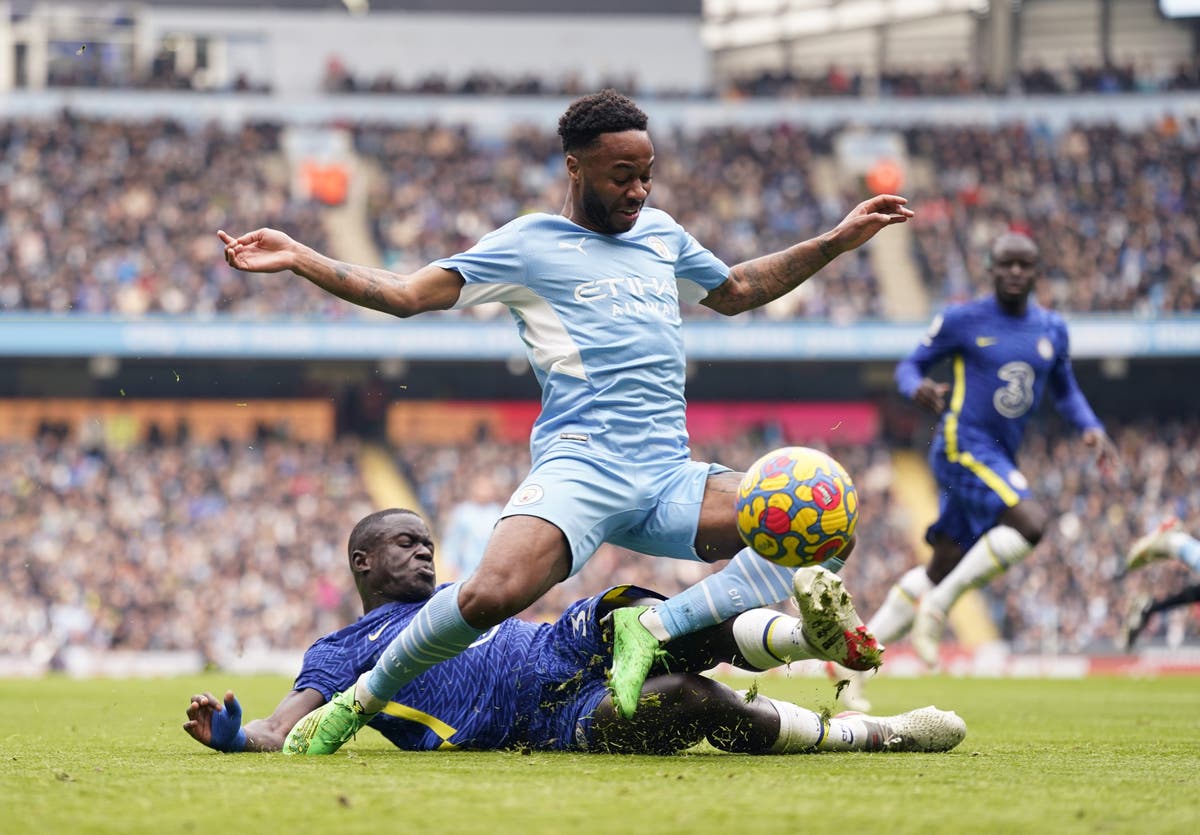 Chelsea head to Manchester City for Saturday’s early Premier League kick-off, knowing they realistically need a victory to blow the title race back wide open. Pep Guardiola’s side have been relentless in the league of late and opened up a 10-point lead between themselves and the Blues, so there’s very little pressure on City to go all-out for the win.

That said, they could really exert their dominance and make a point over last year’s Champions League final being a one-off if they took the game to Thomas Tuchel’s team and triumphed to further increase their lead at the top.

In midweek it was Chelsea who triumphed, in the Carabao Cup semi-finals against Tottenham, to book themselves a spot at Wembley and await either Liverpool or Arsenal. City, by contrast, have had over a week to recover since their FA Cup third-round win over Swindon. They have won seven in a row in all competitions and 14 of the last 15, a phenomenal run of form which has them looking at yet another league title. Follow all the updates from Man City vs Chelsea below:

42 mins: A scrappy period of possession for Chelsea sees them work hard just to keep hold of the ball instead of putting together a meaningful attack.

City win it back before too long and Cancelo threads it into the box for Grealish. He finds De Bruyne who snatches at a shot from the left and belts it well over the crossbar.

39 mins: Chance! Probably the best chance of the half! Mateo Kovacic is put under pressure from Kevin De Bruyne deep in his own half and gets rid of the ball with a loose pass across to Jack Grealish. He knocks the ball into the box and looks to guide it arouns Kepa Arrizabalaga. The Chelsea goalkeeper gets a leg to the shot and somehow deflects it wide of the right-hand post.

36 mins: City win a throw in in Chelsea’s half and send the ball to Phil Foden. He brings the ball under control and drives through a bunch of Chelsea defenders to work the ball into the box. He slots a dangerous pass into the middle of the area but doesn’t have any teammates up with him. Alonso recovers the ball and wins a free kick after a little shove in the back from Sterling.

33 mins: Kevin De Bruyne floats the free kick over towards the back post where Aymeric Laporte is making a run into the six-yard box. He’s tracked by Marcos Alonso who gets to the ball first and sends it behind for a corner.

De Bruyne swings this set piece into the penalty area but Antonio Rudiger is up quickly for Chelsea to head the ball clear.

30 mins: Thomas Tuchel doesn’t look like a happy man on the sidelines. He’s gesturing wildly for his defenders to push up the pitch when Chelsea work the ball up to their forward players. The Blues have found themselves in a couple of good positions in City’s final third but haven’t been able to put a final ball into the box.

Bernardo Silva breaks clear through the inside right and Mateo Kovacic dives in from behind to stop the attack. He brings Bernardo down and goes in the book for his tackle.

27 mins: Close! Sterling attempts to weave around Alonso but isn’t successful this time. Instead he passes the ball inside giving it to Rodri. Rodri flicks the ball into the box towards Grealish who’s put under pressure from Azpilicueta. The ball drops over the top of both players but Joao Cancelo arrives around the back and recovers the ball. He cuts it into the six-yard box but Rudiger is there to clear the danger for Chelsea.

24 mins: Bernardo Silva dribbles inside from the right wing and threads the ball into the right side fo the box. Kevin De Bruyne and Raheem Sterling both make decent runs into the area as the ball is played through the legs of Malang Sarr. Sterling isn’t expecting it to reach him and just checks his run allowing the ball to come through to Kepa Arrizabalaga.

21 mins: Jack Grealish attempts to slip Joao Cancelo free on the left wing but Antonio Rudiger intercepts the ball and draws a foul from Cancelo.

Instead of playing out from the back Kepa Arrizabalaga motions for his teammates to push up the pitch and then boots the free kick into City’s half. The visitors don’t maintain possession for long though and City come at them again.

18 mins: Sterling makes another darting run into the right side of the box but he’s met by a sliding Malang Sarr who puts the ball behind for another corner that Chelsea deal with.

The Blues are playing deeper now when they’re off the ball, City are controlling possession.

15 mins: Sterling is having the better of things against Alonso on the right wing. He breezes around the defender once again and flicks a cross into the box, Azpilicueta heads it out as far as Joao Cancelo whose shot from range gets deflected behind for a corner.