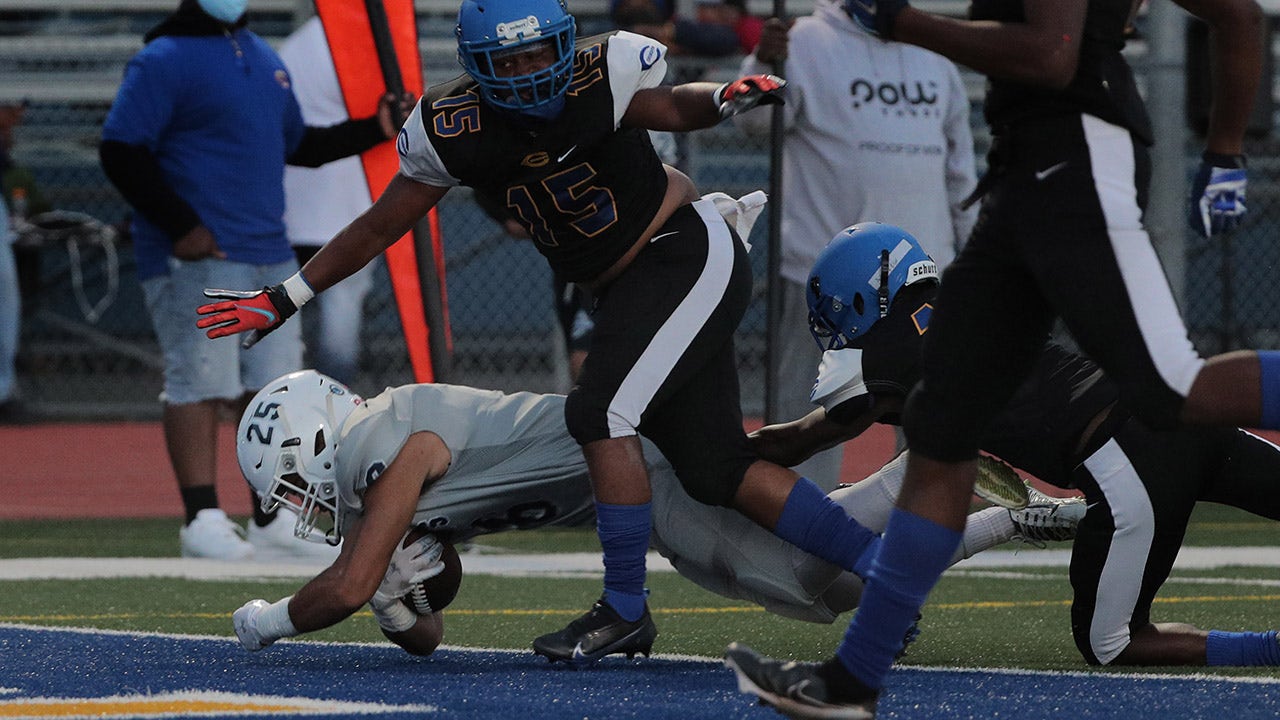 LOS ANGELES—A high school football team in Los Angeles will be forced to miss the playoffs this year because not enough players are fully vaccinated, according to a report.

Reseda running back Androw Nesem (25) scores against Crenshaw defensive back James Logan (15) to give Reseda the lead in the first half at Crenshaw High School on April 9, 2021 in Los Angeles, California.(Gina Ferazzi / Los Angeles Times via Getty Images)
(Getty)

Robert Garrett, the head coach at the school since 1988, told the station that his staff has been encouraging players and their parents to get vaccinated.

“But those are individual choices,” he said. “And I have no control over that.”

The station spoke to one parent who said it is unfair these players don’t get to compete over the mandate.

“It should be a free choice if you’re going to be vaccinated or not,” Lala Brown, the parent said. She said there should be a testing option.

LAUSD voted in September to require students age 12 and up to be fully vaccinated — with those who take part in sports and other extracurricular activities receiving both of two shots by the end of October and all others by Dec. 19.

Students who can’t show proof of vaccination won’t be permitted to have in-person learning following the end of winter break on Jan. 11 unless they have a medical or other exemption.

GET THE FOX NEWS APP

“This action is not about violating anybody’s rights,” school board member Monica Garcia said at the time. “This action is about doing our job to be able to offer public schools that children can come to school and be safe.”

The Associated Press contributed to this report