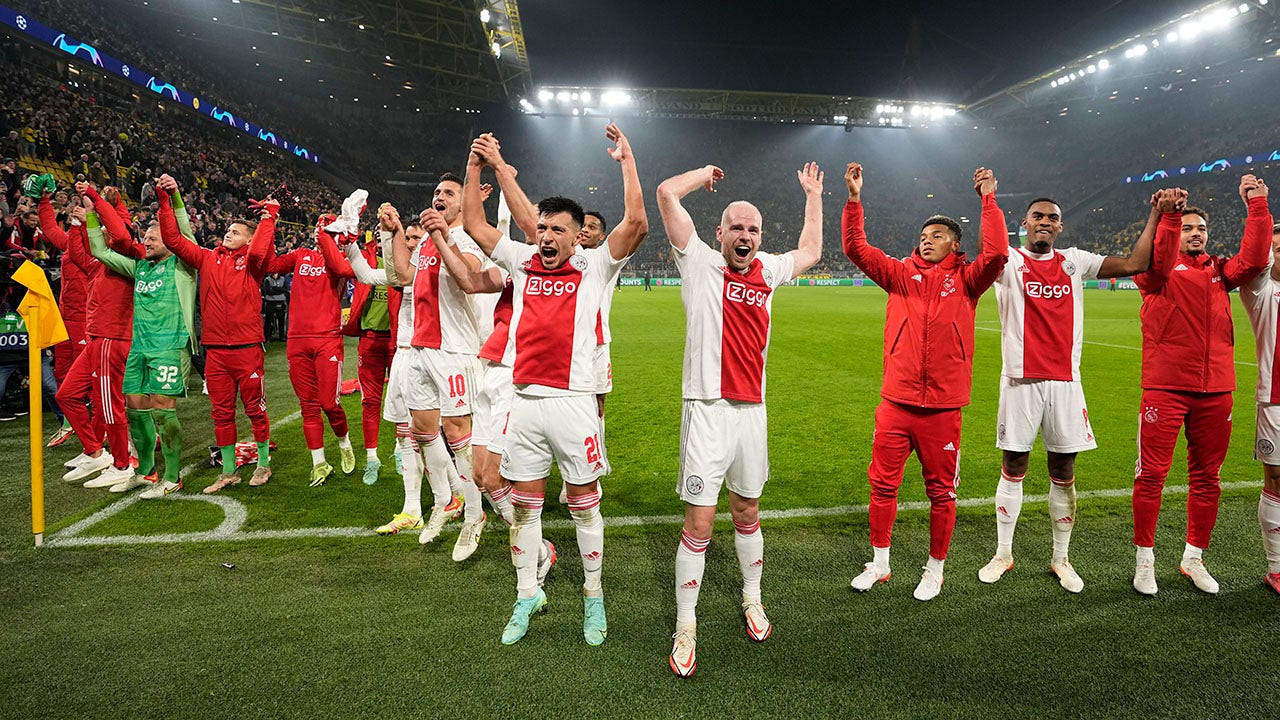 Liverpool and Ajax extended their perfect winning records in the Champions League on Wednesday to advance into the round of 16 that’s starting to take a 1970s throwback look.

Liverpool cruised past Atlético Madrid 2-0 at Anfield and Ajax hit 10-man Borussia Dortmund with late goals in a 3-1 come-from-behind win in Germany.

The four teams with four straight wins — after Bayern Munich and Juventus sealed their places Tuesday — have already given the knockout lineup a nostalgic feel. Ajax, Bayern and Liverpool combined to win all eight European Cup titles from 1971-78.

Liverpool had never opened a Champions League group stage with four wins, though it was rarely troubled against Atlético in Group B after Diogo Jota and Sadio Mané scored in the first 21 minutes. Atlético dropped to third in the group behind Porto, which was held to a 1-1 draw at last-place AC Milan.

Ajax is having a standout Champions League campaign after being ignored by the Super League founders from England, Italy and Spain when they lined up their ill-fated project several months ago.

The Netherlands champion made it back-to-back big wins over Dortmund, which had veteran defender Mats Hummels sent off in the first half.

Second-place Dortmund trails Ajax by six points in Group C with two rounds left. Dortmund is level on points with Sporting Lisbon, which routed Beşiktaş 4-0 and hosts the German side next on Nov. 24.

Karim Benzema’s goals ensured Madrid beat Shakhtar Donetsk 2-1 and lead the standings by two points from Inter. The Italian champion made it two straight wins over Sheriff, 3-1 away to the champion of Moldova.

Manchester City overpowered Club Brugge 4-1 and was rewarded with top spot in Group A after late drama at Leipzig where Paris Saint-Germain drew 2-2.

A PSG team missing the injured Lionel Messi rallied from an early Leipzig surge to lead at halftime through two goals by Georgino Wijnaldum.

City took a one-point lead over PSG before they meet in Manchester in three weeks’ time.