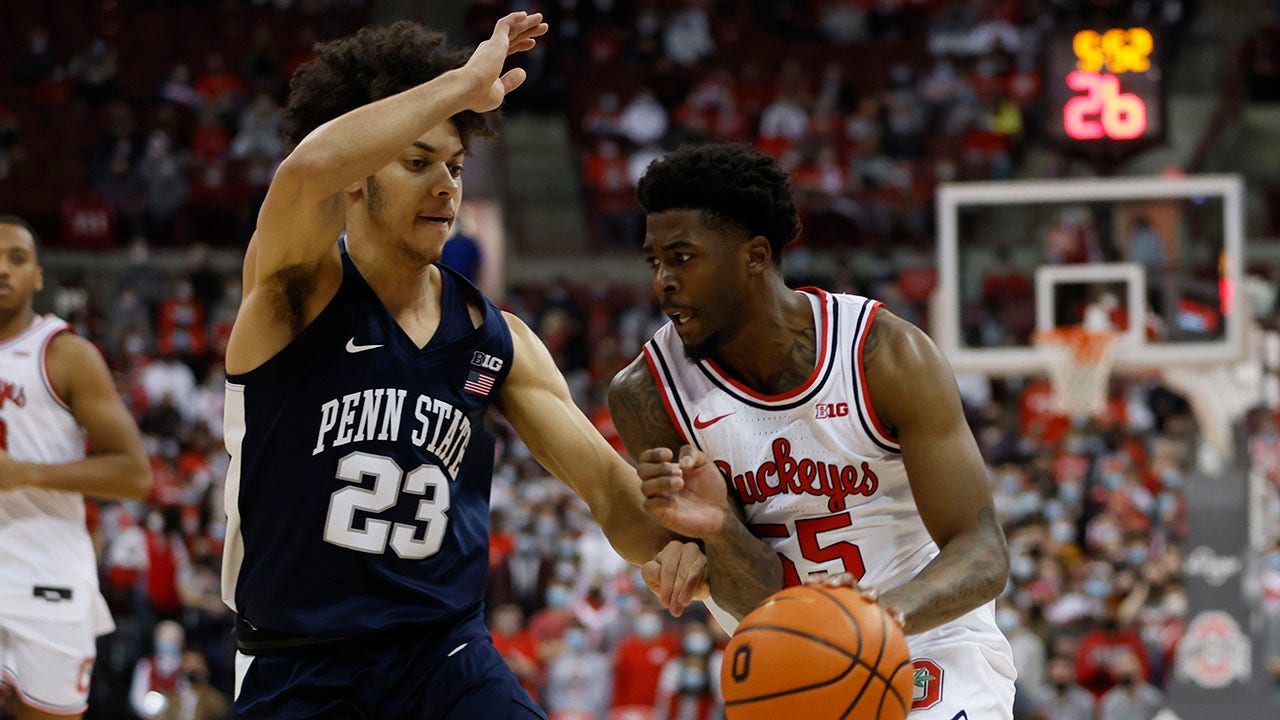 The Nittany Lions (8-7, 3-4) trimmed multiple 10-point deficits in the second half and pulled within four with seven seconds to go.

Seth Lundy, Penn State’s leading scorer with an average of 14.1 points, missed his first game of the season. The school announced earlier in the day that he was out but didn’t give a reason.

Ohio State’s Kyle Young forced a steal with 1:25 remaining and sank a pair of free throws 20 seconds later to hold off the Nittany Lions. Jamari Wheeler made four foul shots in the final minute.

Penn State: Without the team’s leading scorer, the Nittany Lions had trouble getting shots to fall. Their 39.6% shooting from the field marked their second-lowest performance of the season.

Ohio State: Coming off their worst 3-point shooting performance of the season after recording a 15.8% clip (3 for 19) in a loss at Wisconsin on Thursday, the Buckeyes took just three shots from distance in the second half. They took nine in the opening period, and went 3 for 12 overall.