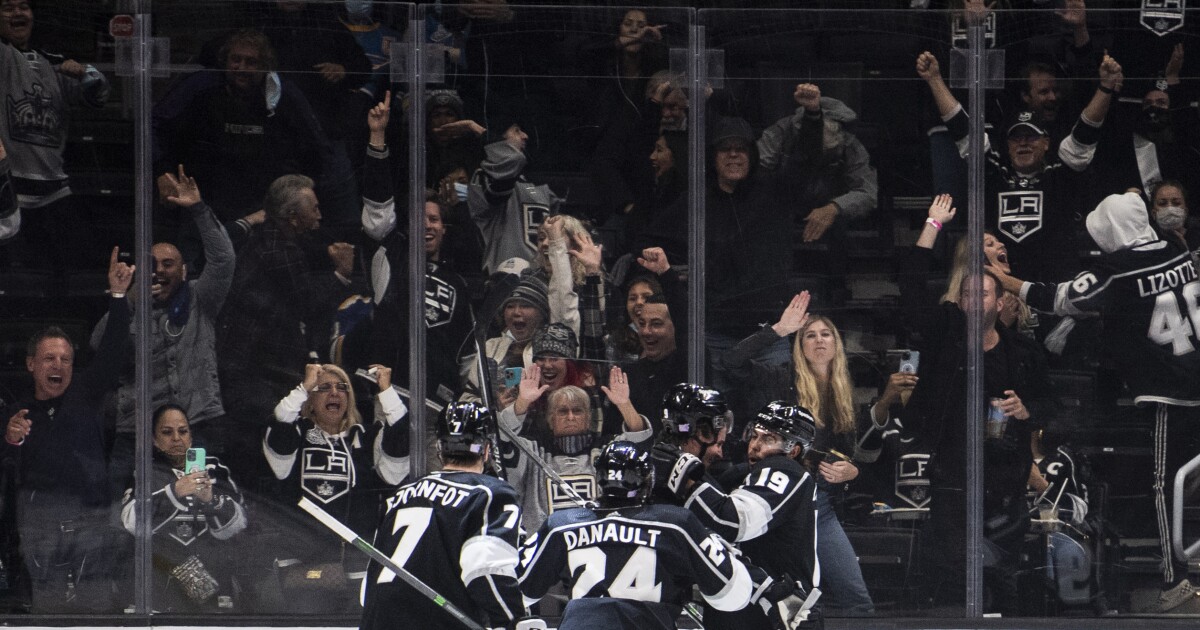 Arthur Kaliyev scored in the fourth round of a shootout and the L.A. Kings extended their winning streak to three games with a 3-2 victory over the St. Louis Blues on Wednesday night.

Both teams scored twice in the first three rounds of the tiebreaker. Adrian Kempe and Alex Iafallo also converted for the Kings. David Perron and Jordan Kyrou made their shots for the Blues.

Kempe and Kaliyev scored third-period goals for Los Angeles, which trailed 1-0 after two. Jonathan Quick made 33 saves as the Kings avoided being swept in the three-game season series.

The Kings had an 8-0 shots advantage in overtime, but weren’t able to get the winning goal. Phillip Danault had the best chance on a one-timer with 2.2 seconds remaining, but Jordan Binnington stopped it with his left pad.

Torey Krug had a goal and an assist, Brayden Schenn scored a power-play goal and Vladimir Tarasenko extended his point streak to seven games with a pair of assists for St. Louis. Binnington stopped 33 shots.

Krug tied it with 7.1 seconds remaining in the third on a short-handed goal. Anze Kopitar missed a chance to put the game away for Los Angeles when he just missed scoring an empty-net goal on a show that went wide left.

Quick made a glove save on Tarasenko’s shot, but Krug was able to get the puck after a mad scramble and fire in a wrist shot for his second goal of the season to send it to overtime.

Schenn hammered in a rebound at 6:48 of the second after Quick was unable to cleanly get his glove on Tarasenko’s slap shot from the point. Schenn’s goal — his third of the season and second in three games — came five seconds after Los Angeles defenseman Alexander Edler was sent to the penalty box for interference.

Kaliyev tied it 6:16 into the third with his second, a snap shot from just outside the left faceoff circle that beat Binnington short side.

Kempe put the puck into a nearly open net for his second of the season at 12:15 of the third. Binnington was out of position after making a pad save on a wrist shot by Iafallo.