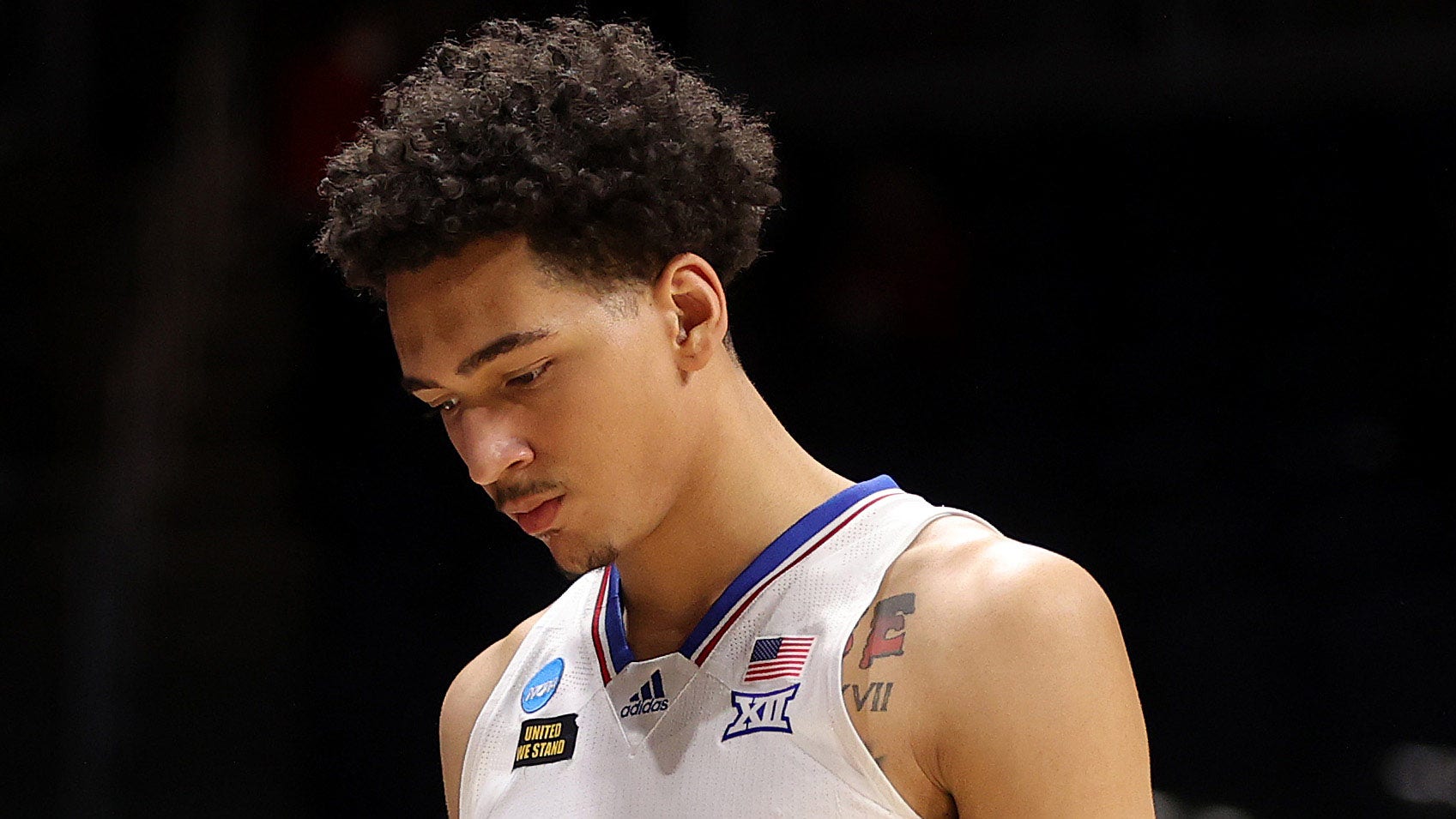 Kansas Jayhawks forward Jalen Wilson has been suspended four games after being arrested on a DUI charge early Sunday morning, just days before his 21st birthday, according to the team.

“That’s what we have decided and certainly think that’s fair and certainly hate to have to do it at all. But the decision he made was obviously very poor,” Self said, via The Kansas City Star. “He’s owned it. He’s acting like a man. He’s determined to spin it into a positive over time in some way, shape or form. And I know he’ll work hard to do that.”

According to the report, Wilson was arrested shortly after 2 a.m. after a Douglas County Sheriff’s deputy observed him “not maintaining a proper lane.” He was taken into custody after law enforcement performed field sobriety tests and released a few hours later on a $250 bond, according to jail records.

“My main focus is to take responsibility and own up to what I’ve done, gain the trust back of the community, my coaches, my teammates, my family, everybody in Lawrence. I know I have let them down,” Wilson told reporters on Tuesday. “Now I will work my way back to build trust back and understand I’m fully accountable for what has happened.”

LUBBOCK, TEXAS – DECEMBER 17: Forward Jalen Wilson #10 of the Kansas Jayhawks handles the ball during the first half of the college basketball game against the Texas Tech Red Raiders at United Supermarkets Arena on December 17, 2020 in Lubbock, Texas. (Photo by John E. Moore III/Getty Images)

Wilson had an up-and-down freshman season for the Jayhawks, averaging 11.8 points and 7.9 rebounds but struggling down the stretch. He declared for the NBA draft but chose to return to Kansas for his redshirt sophomore season.

Zion Williamson on re-signing with Pelicans: ‘Ultimate goal is to win a championship’