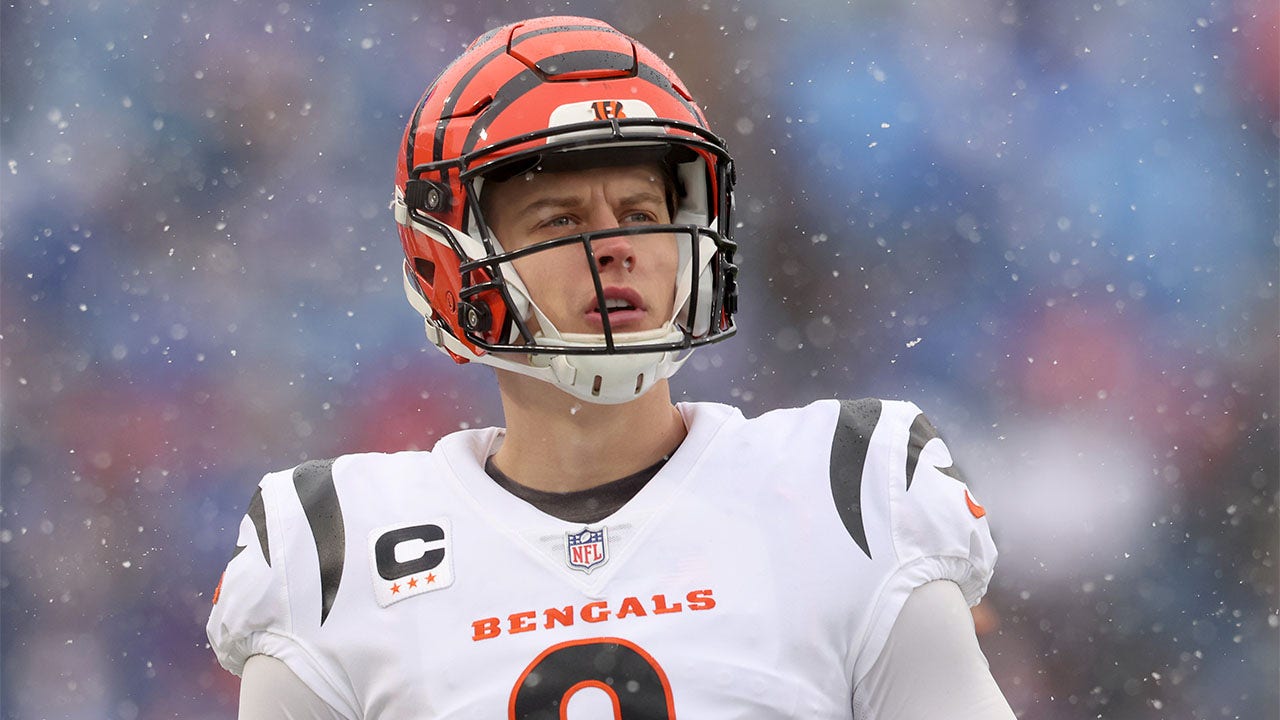 Joe Burrow is feeling good as he leads his Cincinnati Bengals to the AFC championship game against the Kansas City Chiefs.

Against the Buffalo Bills on Sunday, Burrow was flying high, completing 23 of 36 passes for 242 yards and two touchdowns in a dominant 27-10 victory.

Joe Burrow of the Cincinnati Bengals warms up before kickoff against the Buffalo Bills at Highmark Stadium on Jan. 22, 2023, in Orchard Park, New York.
(Cooper Neill/Getty Images)

On Cincinnati’s second drive of the game, Burrow put the Bengals up 14-0 on a 15-yard touchdown to tight end Hayden Hurst.

After the touchdown, microphones caught Burrow exiting the field, and the third-year QB was feeling himself.

“That’s what I’m talking about! I’m him!” Burrow said.

The win over Buffalo was the eighth in a row for the Bengals, and they’ll head into Sunday’s matchup with Kansas City winners of the last three games and seven of the last eight against the Chiefs.

The Bengals return to the AFC championship game for the second consecutive year with an apparent chip on their shoulder.

After the win over the Bills, Burrow was asked about fans buying tickets for the neutral site championship game should the Bills have advanced.

Ahead of the game, running back Joe Mixon did not hold back when asked if the reports of the presale of tickets motivated the team.

“I mean, to be honest, it’s disrespectful,” he said last week. “But we’re not worried about that s—. Like I said, we got a game to play on Sunday, right? So, you can’t count us out.”

“We got a game to play on Sunday. Like I said, that other stuff – that don’t mean s—. We’re going to go out there on Sunday, and we’re going to do what the hell we got to do to come back with the ‘W,’ and then we’re going to see what they’re talking about.”

Joe Burrow of the Cincinnati Bengals warms up prior to the AFC divisional playoff game against the Buffalo Bills on Jan. 22, 2023.
(Bryan M. Bennett/Getty Images)

“They want the toughest road,” Taylor said. “Whatever ammunition I can give them to help them understand that we’re in a tough road, I’ll give it to them because that’s what they respond the best to. With high stakes, I like our team’s chances because of the mindset they have every day they walk into the building.”