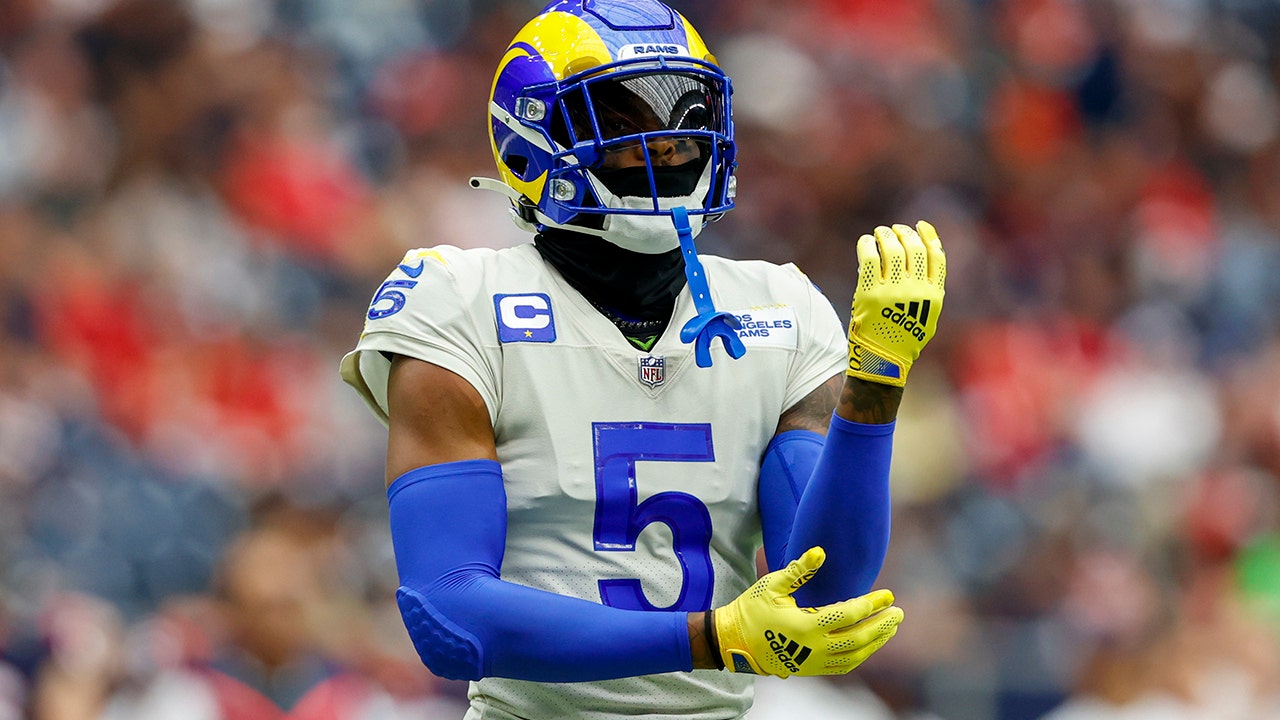 Jalen Ramsey is the latest superstar to speak out against the NFL amid the Tua Tagovailoa concussion controversy.

The Los Angeles Rams cornerback spoke with reporters Saturday and was asked about the situation and player safety generally. He attacked the league for seeming to care more about players’ clothing than their health.

Los Angeles Rams cornerback Jalen Ramsey during a game between the Los Angeles Rams and the Houston Texans at NRG Stadium Oct. 31, 2021, in Houston.
(Jordon Kelly/Icon Sportswire via Getty Images)

Ramsey said he has been fined every week this season for uniform violations.

“I’m going to continue to get fined because I’m going to be swaggy out there,” Ramsey said. “I’m going to wear the same thing this week too, so I’m ready for the fine. Come on with it, right?”

Los Angeles Rams cornerback Jalen Ramsey reacts after an interception during the first half of a game against the Tennessee Titans Nov. 7, 2021, in Inglewood, Calif.
(AP Photo/Marcio Jose Sanchez)

Ramsey makes plenty of money, so the fines don’t hurt him much. In fact, he said he will match all his uniform violation fines and donate the amount to charity.

What frustrates him, he said, is that he feels he plays the game the right way to avoid injuring other players, and “it’s not about the other BS.”

“But I play the game with integrity, right? I play the game the right way. I try to make sure people are safe,” Ramsey said. “Like obviously I want to go out there and hurt my opponents and strike fear and all that. But I don’t want to injure nobody. But that’s what the game is about. It’s not about the other BS. I just wish maybe I could start the conversation right now …

“If we want to go out there and look good, and it ain’t hurting the integrity of the game, why are y’all fining me $10,000 for my socks? That don’t make no sense.”

The NFL Players Association terminated the neurotrauma consultant who checked Tagovailoa for a concussion Sunday after it was found he made “several mistakes” in his evaluation of the quarterback, according to multiple reports.