‘It was a classless move,’ Morningside coach says of Inglewood scoring 106 points 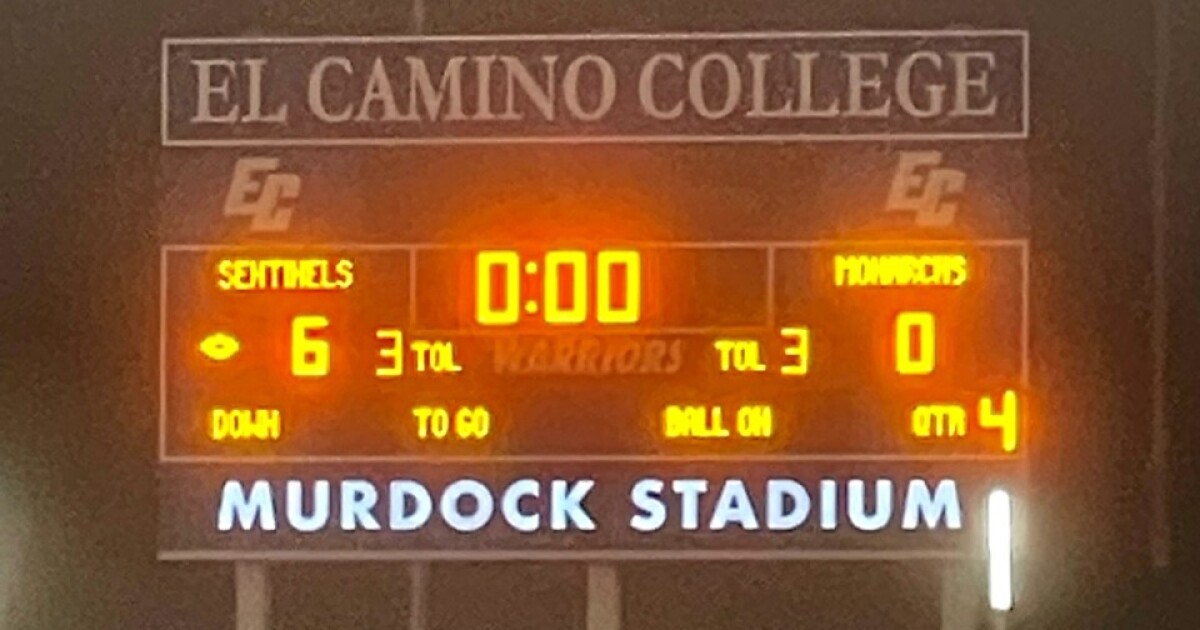 Inglewood Morningside football coach Brian Collins did not have kind words for the Inglewood High coaching staff on Saturday morning when discussing his team’s 106-0 loss to the Sentinels in a game that saw Inglewood quarterback Justyn Martin throw 13 touchdowns passes, including a two-point conversion pass with a 104-0 lead.

“It was a classless move,” said Collins, a first-year head coach at Morningside. “I told them, ‘Go play St. John Bosco and Mater Dei.’”

Collins said he was proud of his players for not quitting. He said a running clock did not start until the second quarter despite attempts to switch to a running clock earlier. Inglewood led 59-0 after the first quarter.

“The refs asked them to run the clock and they refused,” Collins said.

Inglewood head coach Mil’Von James is in his third season. He was head coach at Hawkins in the City Section until being fired following the 2016 season when his team had to forfeit every victory for using ineligible players and the program was placed on two years’ probation for rules violations. He has seven players on this year’s team committed to major universities. All are transfer students.

James has not responded to an email seeking comment about the lopsided win.

Collins said he was surprised to see Martin, who committed to UCLA earlier in the week, play throughout.

“I wouldn’t do that to any team — keep your quarterback commit to UCLA in until the end of the game, taking a chance with an injury,” he said. “It wasn’t good sportsmanship.”

Both schools are part of the Inglewood Unified School District. A statement released by the Southern Section on Saturday “condemns, in the strongest terms, results such as these.”

The full statement reads: “The CIF Southern Section expects that all athletic contests are to be conducted under the strictest code of good sportsmanship. We expect coaches, players, officials, administrators and students to adhere to the Six Pillars of Character – Trustworthiness, Respect, Responsibility, Fairness, Caring and Citizenship. A score of 106-0 does not represent these ideals. The CIF-SS condemns, in the strongest terms, results such as these. It is our expectation that the Inglewood administration will work towards putting in place an action plan so that an event such as this does not repeat itself.”

This isn’t the first time a district team has come under scrutiny for running up a score.

In 1990, Morningside’s Lisa Leslie scored 101 of her team’s 102 points in the first half of a girls’ basketball game against South Torrance. South Torrance refused to come back out after halftime to finish the game. The final score was 102-24.

Collins said he will use the game as offseason motivation for his players. Morningside finishes the season 2-8. Inglewood is 8-0 and will play in the Southern Section Division 2 playoffs.

“I’m going to print out the score real big and put it in the weight room so they can see it every day and use it as positive reminder,” Collins said.