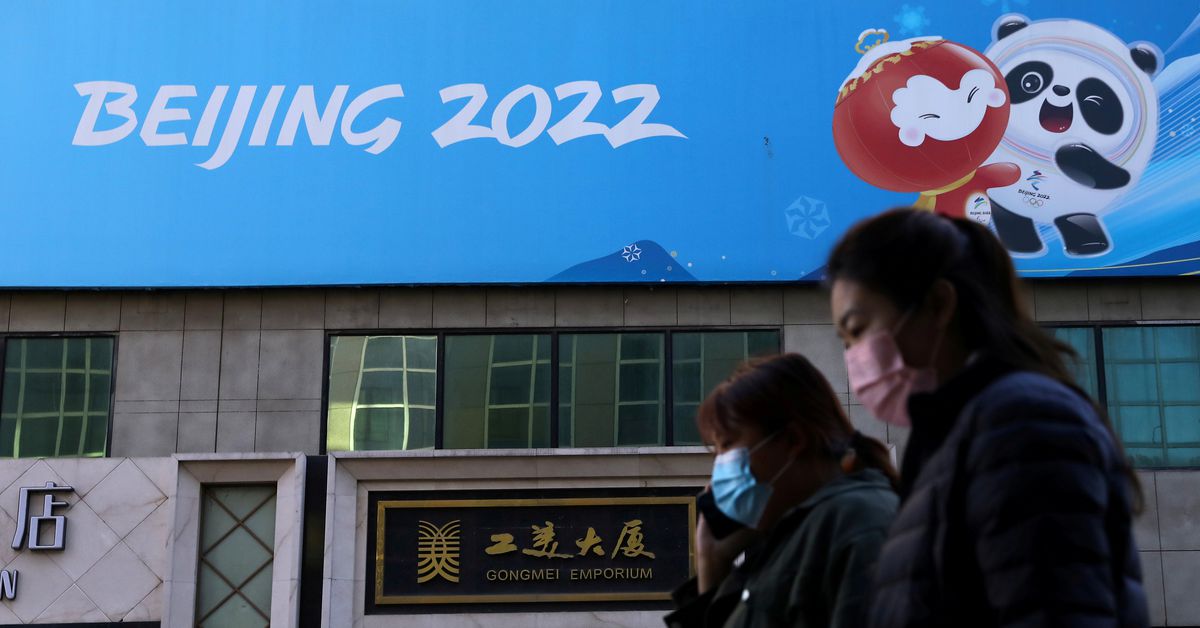 People walk past a banner with a sign of Beijing 2022 Winter Olympic Games, 100 days ahead of the opening of the event, in Beijing, China October 27, 2021. REUTERS/Tingshu Wang/

Nov 2 (Reuters) – The Chinese men’s ice hockey team will not be removed from the tournament at next year’s Winter Olympics in Beijing, the International Ice Hockey Federation (IIHF) said on Tuesday.

China is guaranteed a spot in the ice hockey tournament due to its status as host nation, but IIHF president Luc Tardif said in September that the men’s team could be prevented from playing due to its “insufficient sporting standard”.

Tardif, who had also raised concerns that the possibility of China being comfortably beaten in all their matches in Beijing would adversely affect the tournament and the sport of ice hockey in general, has now rowed back on his earlier comments.

“To be clear, the IIHF is not going to remove the Chinese team from the Olympic Games, the status of the men’s national team as a host nation participant in the Olympic ice hockey tournament was confirmed by Congress and remains unchanged,” he told the IIHF Council at a meeting in Zurich.

“We are working with the CIHA (Chinese Ice Hockey Association) to confirm their player eligibility according to IIHF rules, and we will continue to assist them as they work towards preparing their team for the Olympic Games.”

The IIHF added in a statement that it was working with the CIHA to schedule two games with the Chinese men’s team as part of efforts to evaluate their preparations for the Games.

Eligible national Chinese team players will compete as part of the Kunlun Red Star team in Kontinental Hockey League (KHL) games on Nov. 15 and 17, after which the IIHF Council will reconvene to discuss the next steps forward for the team.