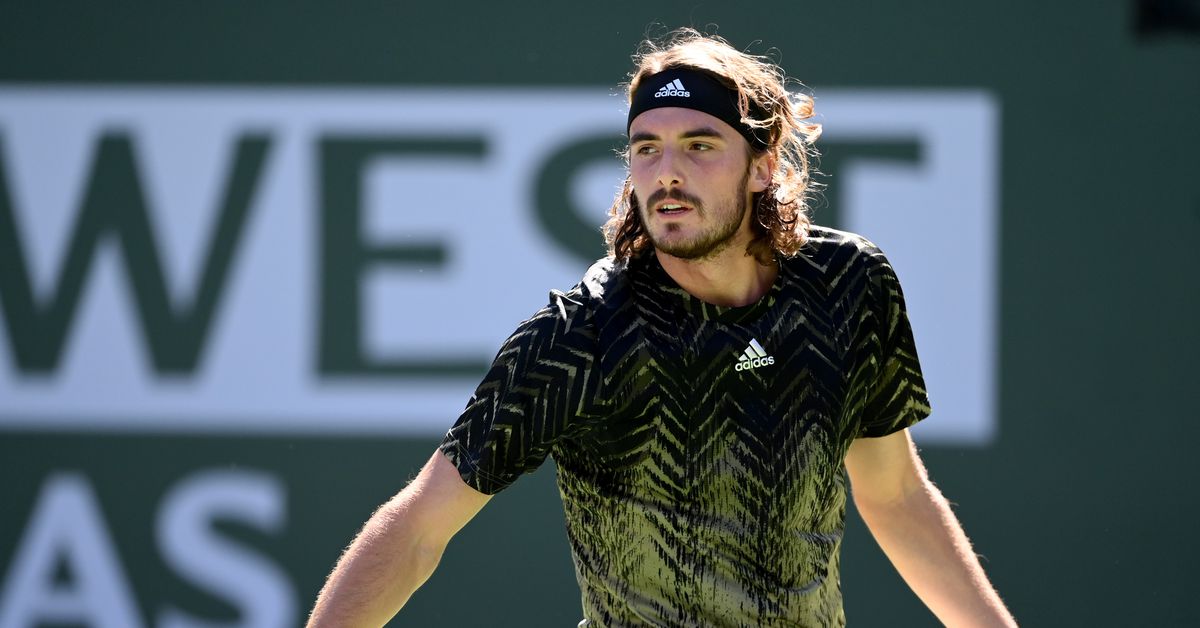 PARIS, Nov 3 (Reuters) – World number three Stefanos Tsitsipas retired injured from his second-round match against Australian Alexei Popyrin with what appeared to be a right arm problem on a bad day for seeds at the Paris Masters on Wednesday.

The 23-year-old Greek was trailing 4-2 during the first set when he called the trainer on court before shaking hands with his opponent to signal his retirement.

Tsitsipas declined to share details of his physical condition but added that he did not want to aggravate the problem ahead of the ATP Finals from Nov. 14-21 in Turin, Italy.

“I haven’t retired once in my life, and it was something that I had to do today,” he told reporters.

“I’m trying to be precautious for the next tournament, which is the most important one for me.

“My arm has been — I have had an issue there for quite a while now. It has gotten bigger in the last couple of weeks, so I’m just trying to protect it.”

The season-ending ATP Finals is played between the top eight men’s singles players and doubles teams.

Tsitsipas, world number one Novak Djokovic, U.S. Open champion Daniil Medvedev, Alexander Zverev, Andrey Rublev and Matteo Berrettini have qualified for the event with two spots yet to be confirmed.

“I’m going to have treatments. I’m going to try and have the best people treat me, and give me the best advice. Anything possible to recover and be 100% again,” Tsitsipas said.

One of those still hoping to book a place in Turin, Italian youngster Jannik Sinner, the eighth seed, was beaten 7-6(1) 7-5 by rising Spanish force Carlos Alcaraz.

Two players still eyeing debuts in the end-of-season showdown kept themselves in the hunt.

Carlos Alcaraz’s win over Sinner means Poland’s Hubert Hurkacz is up to eighth position in the race to Turin after he beat American qualifier Tommy Paul in straight sets.

Norway’s Casper Ruud, seeded sixth in Paris, holds seventh spot in the Race standings and will look to strengthen his position against qualifier Marcos Giron in the round of 16 on Thursday. Giron upset 11th seed Diego Schwartzman as he edged two tiebreaks on Wednesday.

Russian second seed Medvedev concluded a busy day with a tight 7-5 6-4 defeat of Ilya Ivashka after Germany’s Zverev eased into the last 16 with a 6-3 7-6(5) win over Serbia’s Dusan Lajovic.

Reporting by Sudipto Ganguly in Mumbai and Martyn Herman in London; editing by Toby Davis and Ed Osmond

Zion Williamson on re-signing with Pelicans: ‘Ultimate goal is to win a championship’