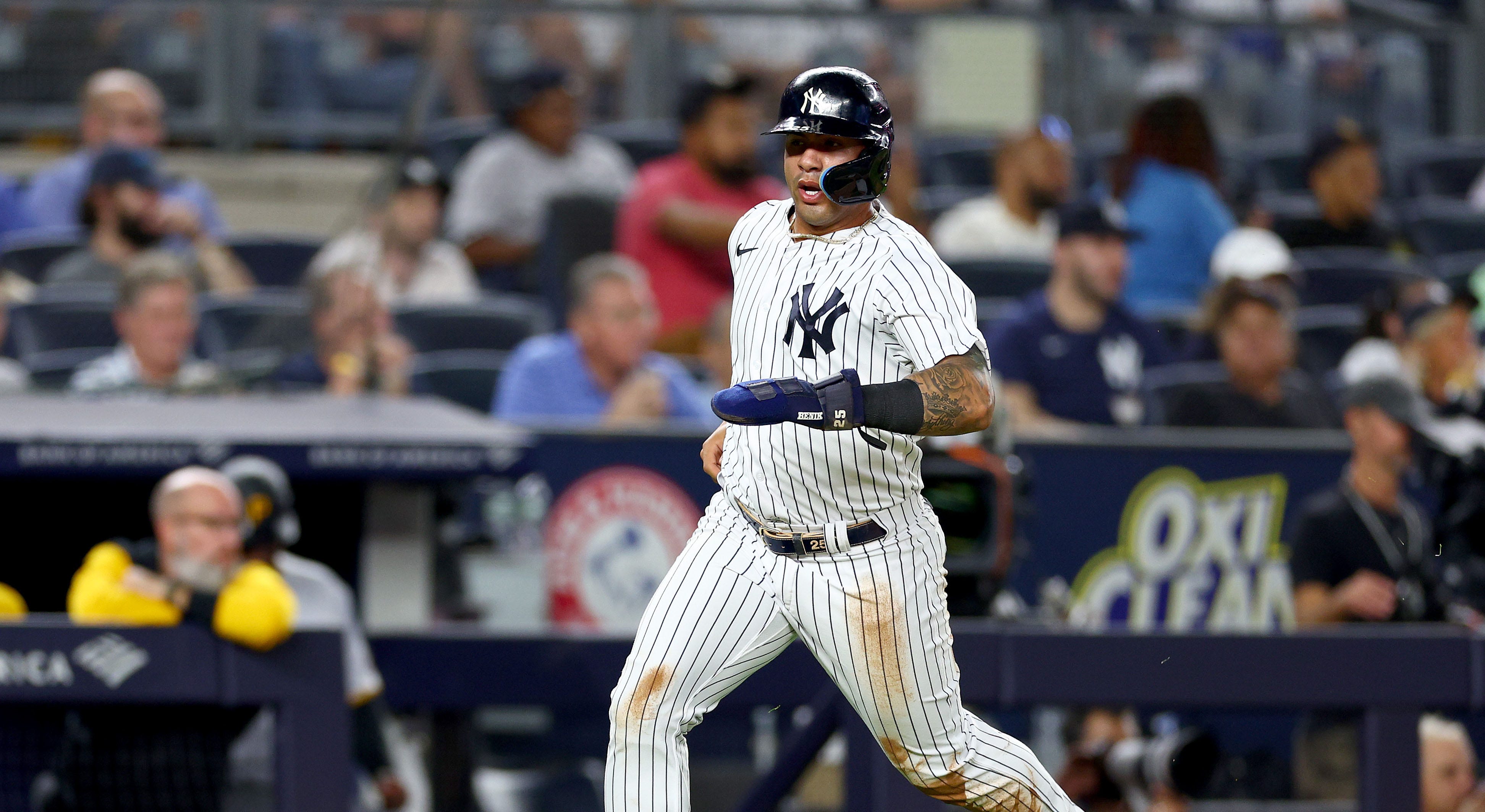 The Yankee Stadium crowd was awaiting history off the bat of Aaron Judge on Wednesday night. Instead, it was Gleyber Torres who accomplished a rare feat in his young career.

Torres led off the bottom of the eighth inning with a solo home run, smacking a pitch to right field off Pittsburgh Pirates pitcher Miguel Yajure to make it a 7-2 game.

It would spark a rally in the inning that allowed Judge to get up for the fifth time on the night. However, new pitcher Eric Stout walked him in four pitches, as he heard a shower of boos from the crowd that wanted to see Judge tie Roger Maris’s American League record for the most homers in a single season.

Gleyber Torres, #25 of the New York Yankees, at bat during the third inning against the Tampa Bay Rays at Yankee Stadium on Aug. 16, 2022 in the Bronx borough of New York City.
(Sarah Stier/Getty Images)

Two batters later, Torres decided it was time to hit a home run to left field. He bashed one high into the Bronx night and make it a 14-2 game, which would end up being the final score.

With his 22nd and 23rd home runs of the year hit in the same inning, Torres became the 59th player in MLB history to do so. It is an odd club to be a part of, but players like Willie McCovey, Andre Dawson and Alex Rodriguez are in the mix there.

AARON JUDGE’S 2022 SEASON A ‘NOTCH ABOVE’ THE BEST OF ALL-TIME, YANKEES MANAGER SAYS

There are some even weirder MLB records, like Fernando Tatis’s two home run-inning in 1999 for the St. Louis Cardinals, as both of them were grand slams. He is the only player to do so in history.

Gleyber Torres, #25 of the New York Yankees, connects on a swing for his second home run of the day during the bottom of the second inning against Luis Patino, #1 of the Tampa Bay Rays, at Yankee Stadium on Sept. 11, 2022 in the Bronx borough of New York City.
(Michael Urakami/Getty Images)

Bret Boone, brother of Yankees manager Aaron Boone, and Mike Cameron both hit two homers in the same inning in 2002 as teammates, the only two to do so as well.

Torres had five RBI on the night thanks to his big flies and an RBI single earlier in the game. He was not the only Yankee hitter with five RBI, though, as rookie Oswaldo Cabrera launched a grand slam to get them on the board in the bottom of the first and doubled home a run in that eight-run bottom of the eighth for New York.

Gleyber Torres, #25 of the New York Yankees, scores in the fifth inning against the Pittsburgh Pirates at Yankee Stadium on Sept. 21, 2022 in the Bronx borough of New York City.
(Elsa/Getty Images)

So, while it was not the history fans paid to see, they still witnessed something that very rarely happens in the game of baseball at the end of the day.