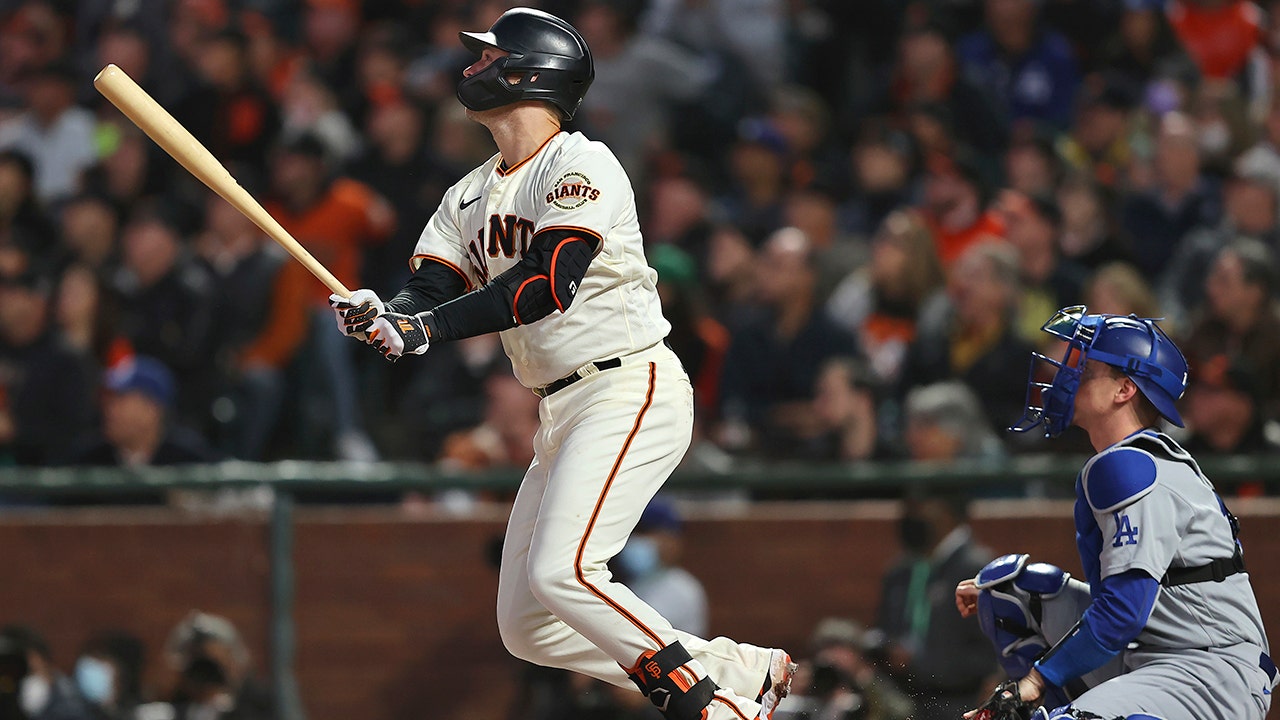 The Buster Posey era in San Francisco is reportedly coming to an end.

The longtime Giants catcher plans to announce his retirement on Thursday, according to multiple reports. San Francisco said last month that it would exercise Posey’s $22 million club option for the 2022 MLB season, but Posey, a seven-time All-Star, says he’s ready to spend more time with his family.

“I’m definitely just going to take some time with my wife, talk with her, be able to be a full-time dad of four kids for the first time in a while,” Posey said during the postseason. “Yeah, just kind of take it slow and see how things progress.”

San Francisco Giant Buster Posey jokes with teammates in the dugout after his two-run home run against the St. Louis Cardinals during a September 2016 game in San Francisco.
(AP Photo/Marcio Jose Sanchez)

Posey, 34, didn’t play in the coronavirus-shortened season in 2020 because he had to take care of his prematurely born adopted twin girls. Posey and his wife, Kristen, also have twins Lee and Addison, who just turned 10.

Posey was a key piece for the Giants during their franchise-record 107-win season, and San Francisco won its first National League West title since 2012. Posey had a .304 batting average with 18 home runs and 56 RBIs.

San Francisco Giant Buster Posey (28) is congratulated by first base coach Antoan Richardson (00) after beating a throw to first base against the Los Angeles Dodgers during the 11th inning of a game Friday, Sept. 3, 2021, in San Francisco.
(AP Photo/Tony Avelar)

The Giants selected Posey with the fifth overall pick in the 2008 MLB Draft. In 12 seasons with the team, Posey won three World Series championships, and he earned the National League MVP in 2012.

NFL roundtable: Super helpful for Rams to play Buccaneers next instead of Packers?