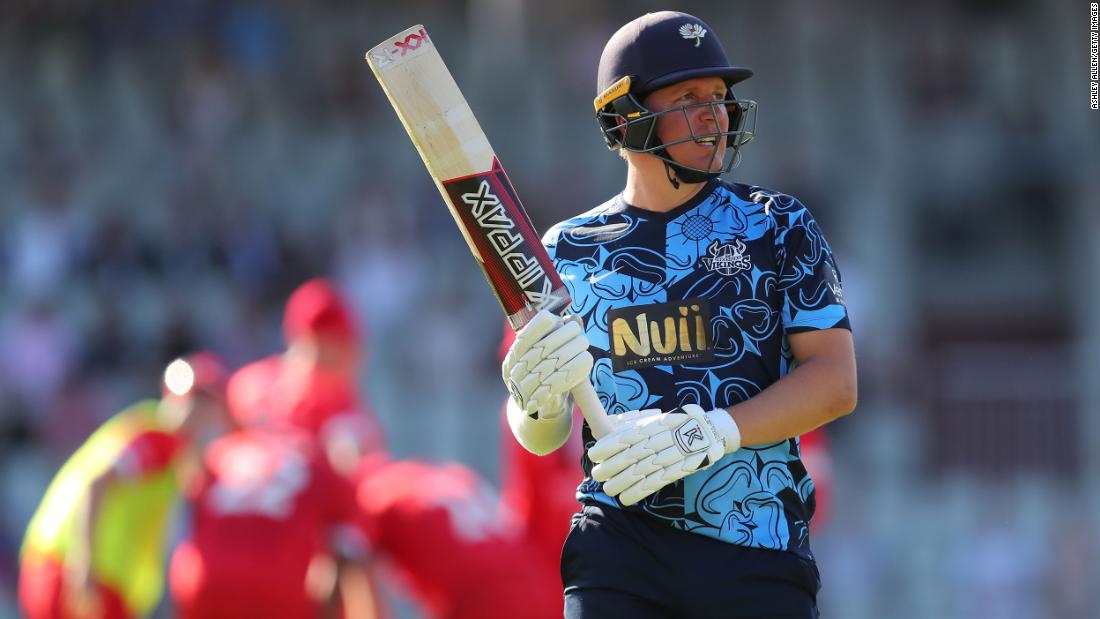 Ballance, who played 23 test matches for England between 2014 and 2017, said that he “deeply regret[s] some of the language I used in my younger years” and that he and Rafiq share an “incredibly close relationship.”

Former Yorkshire County Cricket Club player Rafiq made allegations of racism at the club in 2020, after which Yorkshire apologized and said that he was the “victim of inappropriate behaviour.”

An independent panel looked into the claims on behalf of the club and decided not to discipline any individuals.

In a statement published on the Yorkshire website on Wednesday, Ballance said: “It has been reported that I used a racial slur and, as I told the independent enquiry, I accept that I did so and I regret doing so.

“I do not wish to discredit Rafa by repeating the words and statements that he made about me and others but I have to be clear that this was a situation where best friends said offensive things to each other which, outside of that context, would be considered wholly inappropriate.

“I regret that these exchanges took place but at no time did I believe or understand that it had caused Rafa distress. If I had believed that then I would have stopped immediately. He was my best mate in cricket and I cared deeply for him. To my knowledge, it has never been alleged that I reduced Rafa to tears.”

He added: “Throughout this process I have cooperated with the independent investigation and I have been completely honest and transparent with the club and the investigators at all times.”

Roger Hutton, the chairman of Yorkshire CCC, has been summoned to the UK Parliament on November 16 to answer questions over the club’s handling of the racial harassment towards Rafiq, and on Wednesday, sponsors Yorkshire Tea and Emerald Publishing announced that they would be cutting ties with the club.

At least one player admitted to regularly using the term ‘P**i’ — a word widely seen as a derogatory slur against people of South Asian and Middle Eastern origin in the UK — when talking to Rafiq, according to a report seen by ESPNcricinfo and detailed this week.

Writing on Twitter on Wednesday, Rafiq said: “I’m not intending to say very much until the select committee hearing later this month. However, I wanted to stress this is not really about the words of certain individuals.

“This is about institutional racism and abject failures to act by numerous leaders at Yorkshire County Cricket Club and in the wider game. The sport I love and my club desperately need reform and cultural change.”

In a statement, the England and Wales Cricket Board (ECB) said it had received Yorkshire’s report into the racism and bullying allegations made by Rafiq and that it is undertaking an investigation.