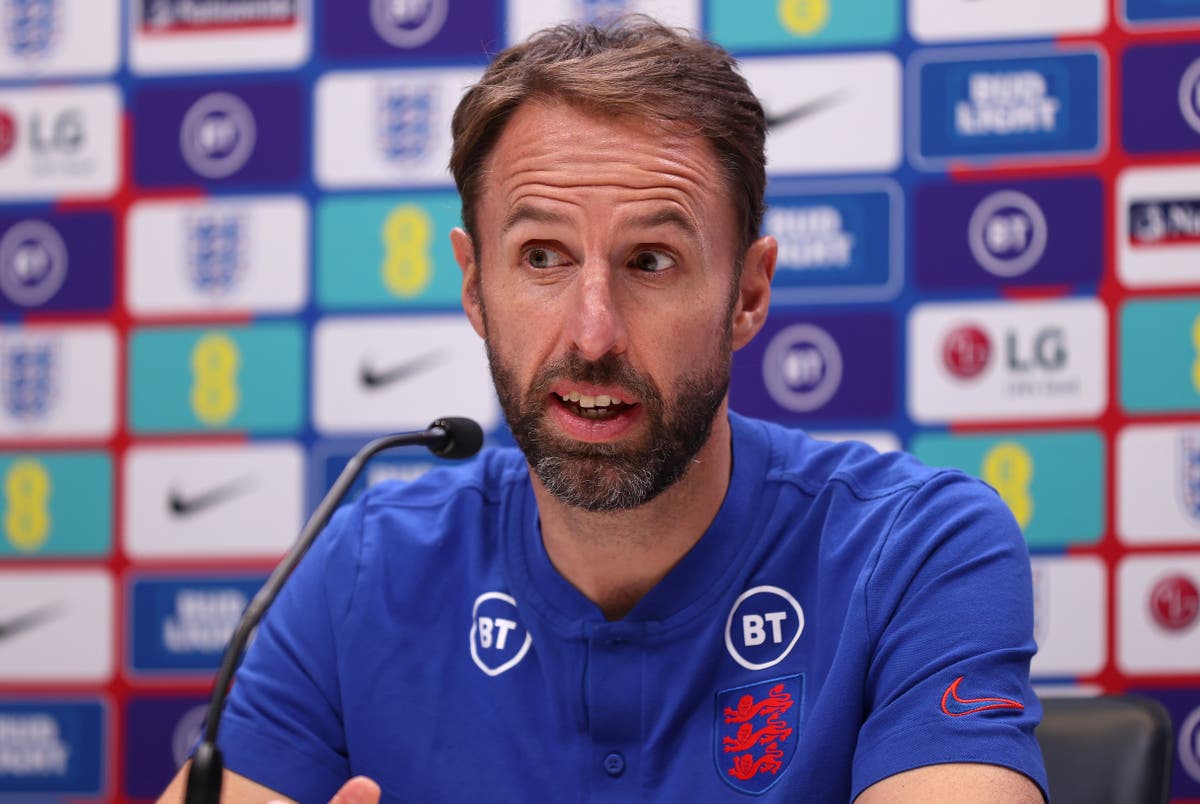 Gareth Southgate dropped Jadon Sancho and Jesse Lingard from the England squad due to their lack of form and game time as questions continued about Mason Greenwood’s ongoing omission.

The end of a mammoth international year is in sight, as is World Cup qualification for the European Championship runners-up.

England boast a three-point cushion at the top of Group I ahead of next Friday’s Wembley clash with Albania, before travelling to San Marino for their final qualifier – the 19th fixture of 2021.

Southgate named a 25-man squad for the World Cup qualifiers and again leant heavily on the group that reached the Euros final, with Marcus Rashford back for the first time since that game.

The 24-year-old has looked bright since returning from shoulder surgery, with the absence of Manchester United team-mates Sancho and Lingard causing more of a stir.

“With Jesse and Jadon, I mean they just aren’t playing a lot of football compared to the other players in their positions,” Southgate said.

“I know people say I’m inconsistent, but I don’t think I am. If you’re playing regularly for your club, you’ve got a much better chance of us assessing your level compared to the rest of the group.

“With these two lads, they’ve got great competition for places in the positions they play. Jesse has had 10-15 minutes. I don’t know what his form is, what his fitness is, really, to be able to assess him against the rest of the group.

“Both of those boys when I spoke with them totally understood that. They get it. They know that at the moment they’ve got to get playing for their club and playing well and then England is a bonus on the top.

“But they’re both players that have done well for us and I’m sure they’ll be back with us.”

Sancho and Lingard had been England regulars this year, whereas Greenwood has yet to add to his debut cap against Iceland in September 2020 – a camp he was sent home from.

An injury saw him withdraw from the preliminary Euro 2020 squad and, like the previous two international meet-ups, the 20-year-old was left out with his long-term progress in mind.

“We haven’t discussed it this month,” Southgate said. “I met with him in September and had a very good discussion and totally understand where he is.

“I said last month with young players their pathways are different, the load on them is different.

“He’s at a massive football club with a lot of expectation and we don’t want to move too quickly.

“He feels he’s got huge competition to establish himself at his club and he recognises that is a big part of making your way in international football anyway.

“I think, as I said last month, with young players we want to get that right and it’s important. These discussions happen all the time with players at this age.

“We’ve got younger age groups that those lads would be playing in and nobody would be aware that those things are going on. But it’s a very familiar path for us in terms of youth development.”

Borussia Dortmund midfielder Jude Bellingham, 18, joined him in sitting out last month’s matches, but was “very, very keen” to return to the England squad having “felt he needed a break”.

The Atletico Madrid right-back captained England last month in Andorra but Southgate has a glut of options to choose from, highlighting the likes of uncapped Tino Livramento, Tariq Lamptey and Max Aarons.

“We’ve got fantastic competition for places there because Kyle (Walker) was in the team in the tournament for the Euros,” he said.

“Kieran Trippier, who we haven’t selected this time to give a bit of an opportunity to Reece and Trent.

“But Kieran has always performed brilliantly for us, has been a huge part of us getting to a World Cup semi-final and a European Championship final.

“He’s a player that we have so much respect for and I’m sure he’ll be back with us in the future.”

Southgate said England Under-21 players Emile Smith Rowe, Conor Gallagher and Marc Guehi were pushing for a place in the senior set-up as he spoke in depth about his squad.

But he was less forthcoming when asked about contract negotiations with the Football Association given his deal expires after Qatar 2022.

“Well, with the greatest respect, what I discuss with the FA about my contract is nobody’s business but me and the FA,” he said.

“So, as I said, the only thing that I will absolutely share is I think we’ve got to nail qualification before we sit down and have those conversations in real depth because I think focus has got to be to get the points we need to qualify, to get the team to the World Cup finals.

“And then there’s plenty of time to talk those things through.”