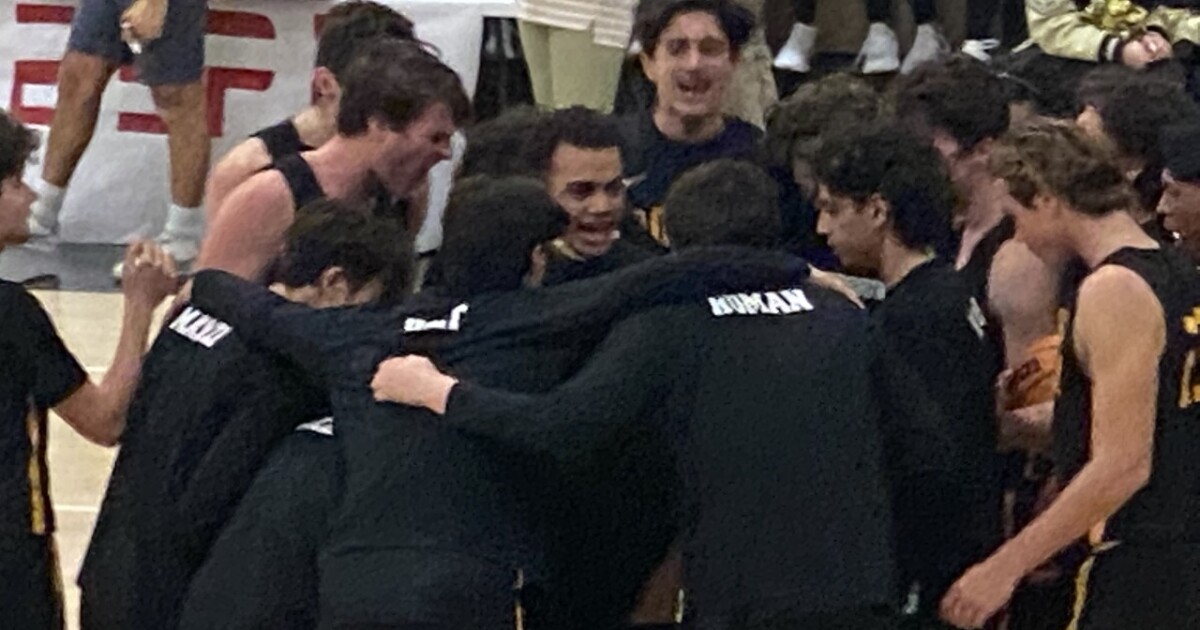 With a guard trio measuring 5 feet 8, 5-10 and 5-10, Santa Ana Foothill might be underestimated at first when you see them in warmups, but once the game starts, you begin to understand how the Knights have won 17 of 18 games this season.

On Friday night, 5-8 senior guard Cruz Billings, the co-MVP of the Crestview League last season, made two free throws with 12.3 seconds left and finished with 12 points to lead a 49-46 win over neighborhood rival Anaheim Canyon at Canyon.

The Knights (17-1, 2-0) survived a final three-point attempt by Canyon (17-3, 0-1) just before the buzzer to pull out a win in a game that went back and forth and had eight lead changes in the second half.

“It was great effort,” Etemadi said.

Braedyn Bernhard, a 6-7 senior, provides the size and rebounding inside for Foothill. He had eight points and eight rebounds. Emerson Marks had 15 points and Tyler Howard added 11 points for Canyon.

Santa Margarita 48, St. John Bosco 46: Ethan Rhee made the game-winning three-pointer for the Eagles in a Trinity League thriller. Rockwell Reynolds finished with 16 and made a three at the end of regulation.

Harvard-Westlake 79, Loyola 49: Cameron Thrower had a big offensive performance with 20 points for the Wolverines.