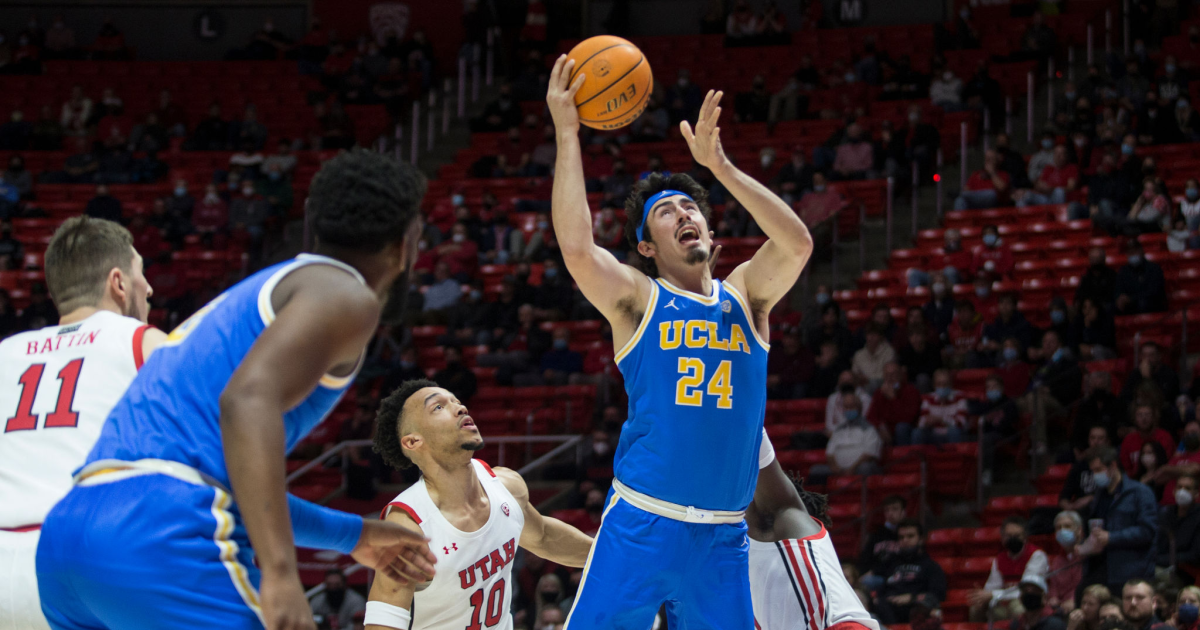 It’s hard to build something special when the pieces keep changing.

UCLA coach Mick Cronin lost two promising players before the opener when Mac Etienne and Will McClendon were sidelined for the season because of knee injuries. Starting forward Cody Riley went down in the opener with a knee injury that cost him nearly two months. Starting guard Jaime Jaquez Jr. has missed time because of a sprained ankle, a bloodied face and swelling in his other ankle.

Just when Jaquez returned, top reserves Jaylen Clark and David Singleton went down. Throw in a 26-day layoff because of COVID-19 issues and it probably comes as no surprise that these Bruins don’t look a whole lot like the bunch that made the Final Four last season, despite returning every player who participated in that NCAA tournament run.

The ninth-ranked Bruins appeared to be rounding into form in mid-December with a dominant road victory over Marquette that featured lockdown defense and efficient offense. Four days later, the virus waylaid Cronin before infecting most of the team. The Bruins paused basketball activities.

Predictably, hitting the play button nearly a month later resulted in ragged play. The defense has been spotty and the offense has lacked a sustained rhythm, issues that continue to plague the Bruins (12-2 overall, 4-1 Pac-12) heading into a Saturday evening game against Colorado (12-5, 4-3) at the CU Events Center.

After returning Thursday from the one-game absence caused by the swelling in his left ankle, Jaquez revealed that he was dealing with synovitis, an inflammation of the joint that can be caused by overuse or trauma. Jaquez sat out UCLA’s victory over Oregon State last weekend after a flare-up of the condition.

“I was fine the day before and I woke up and my ankle was swollen and I couldn’t really walk or move or anything,” Jaquez said after tallying eight points, three assists, two rebounds, and a critical charge taken late in the Bruins’ 63-58 triumph over Utah on Thursday.

Jaquez said his ankle had been bothering him even before he missed time. He’s completing daily strengthening exercises in his legs and ankle to prevent further deterioration.

“That’s something that I’ve been doing all year,” Jaquez said of his maintenance efforts, “so they said it was just something that was eventually going to happen,” as far as the ankle flaring up.

Jaquez appeared fairly energetic in his return, but struggled with Utah’s unorthodox pressure that included double-teaming the Bruins from behind once they caught the ball in the post. He made just three of nine shots but was pleased with being able to contribute.

“It felt really good to get out there and play with the guys and in front of this great crowd,” Jaquez said, “so it was a lot of fun.”

The Bruins were without Clark because of a non-COVID-19 illness and Singleton because he remained stuck in concussion protocol after hitting the back of his head on seats along the team bench last week. Cronin said after the game that he anticipated getting Singleton back for practice Friday but was unsure of Clark’s availability for the game against the Buffaloes.

UCLA prevailed against the Utes on the strength of Johnny Juzang’s 28 points and a collection of hustle plays from several players in the final minutes. Eager to see what they might look like with their expected roster available, the Bruins know they’re going to have to forge ahead regardless of who’s on the court.

“The game’s not going to stop because guys are out or guys are just coming back,” Juzang said. “The game is going to go on. You know, we figured it out and it’s great having guys back.”

Up next for UCLA: Saturday at Colorado

Update: The Buffaloes were in position to upset No. 16 USC on Thursday night before late offensive breakdowns allowed the Trojans to prevail, 61-58. Colorado might be without senior guard Eli Parquet after he missed the team’s last game with his foot in a walking boot because of an unspecified injury.