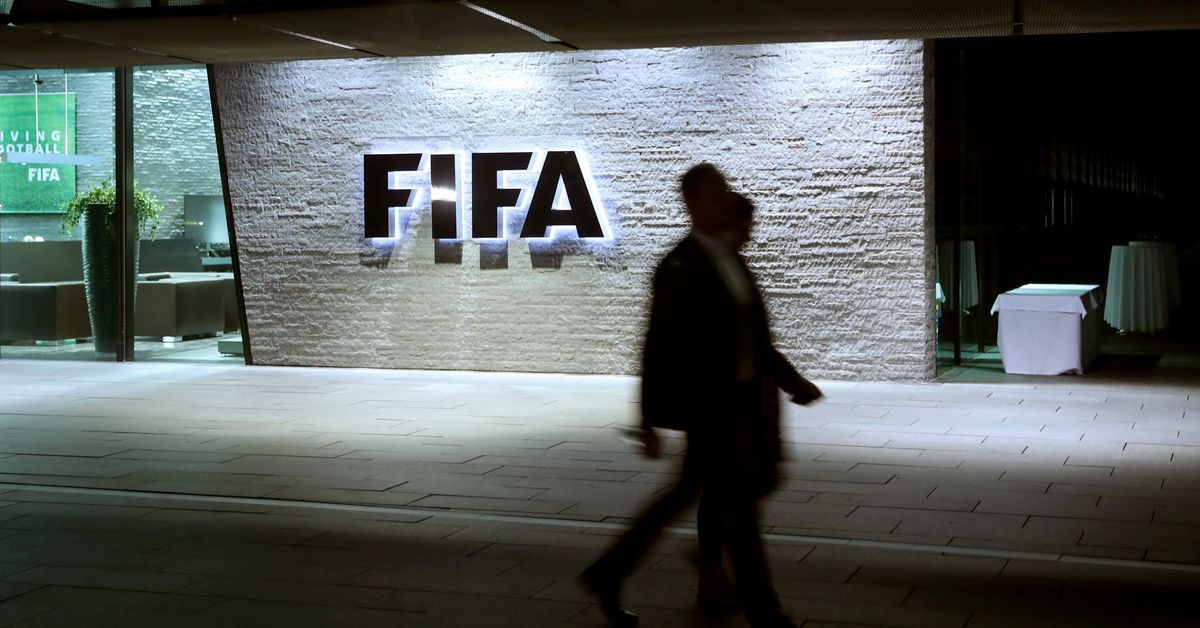 FIFA’s logo is seen at its headquarters in Zurich, Switzerland September 30, 2020. REUTERS/Arnd Wiegmann

Nov 3 (Reuters) – Some of the world’s biggest sports organisations including soccer’s governing body FIFA and the International Olympic Committee (IOC) have pledged to reduce their carbon emissions and reach NetZero by 2040, it was announced on Wednesday.

The pledge was one of several agreed at the COP26 U.N. climate conference in Glasgow by the Sports for Climate Action Framework (S4CA), an organisation set up in 2018 to bring sports bodies together to achieve global climate change goals.

Organisations have also agreed on a target of a 50% reduction in greenhouse gases by 2030.

“Four years since we launched the Sports for Climate Action Framework, more than 280 sports organisations have committed to the overarching objectives of aligning sport with the goals of the Paris Agreement,” Patricia Espinosa, UN Climate Change Executive Secretary, said at the launch of the targets.

“The sector eagerly took up the challenge, but also told us that they want to do more and to do it faster.

“These organisations are now being challenged to reduce emissions 50 per cent by 2030 at the latest and to achieve net-zero emissions by 2040.”

Sport is seen as particularly vulnerable to a warming of the earth’s climate with several high-profile examples of rising temperatures impacting events such as the Australian Open tennis and the Winter Olympics.

A report last year entitled “Playing against the clock: Global sport, the climate emergency and the case for rapid change” said one in four English soccer grounds could expect flooding every year by the 2050 because of sea level rises brought about by global warming.

The English Premier League, the world’s richest domestic soccer competition, said on Wednesday it had signed up to the Sports for Climate Action Framework pledges.

“In signing up to the UN Sports for Climate Action Framework, the Premier League is demonstrating its commitment to a more sustainable future,” Premier League Chief Executive Richard Masters said in a statement.

“Working alongside the UN and other leading sports organisations, we aim to help achieve the targets set by the Paris Climate Change Agreement for a low carbon future.”

As part of their commitment to the goal of the Sports for Climate Action Framework, all the signatories have agreed to submit concrete plans of action they will take to meet the targets and to report annually on their progress.

FIFA has been criticised for its push to host the World Cup every two years and to expand it to 48 teams for the 2026 tournament — a move at odds with reaching Net Zero.

“I am proud to announce today that — based on our long experience with climate action in football — FIFA has developed a comprehensive climate strategy and is committed to investing substantial resources that will allow FIFA and football to reach the ambitious and necessary objectives of the UNFCCC Sports for Climate Action Framework,” FIFA President Gianni Infantino told Glasgow delegates in a video address on Wednesday.