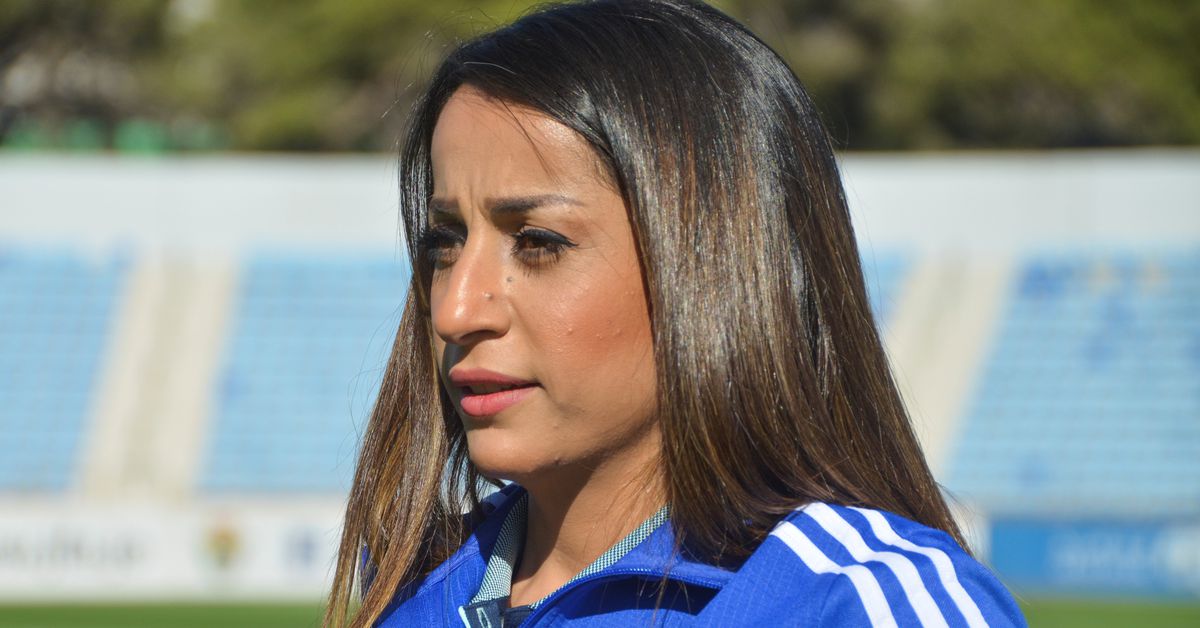 Nov 4 (Reuters) – An all-female refereeing crew took charge of a men’s soccer match in Jordan’s Pro League for the first time on Tuesday as part of the country’s efforts to promote the game among women.

Referee Esra’a Al-Mobideen and assistant referees Islam Al-Abadi, Sabreen Al-Abadi and Haneen Murad handled Sahab’s 4-1 win over Al-Baqa’a in the final round of the competition.

“At the beginning, the players were smiling in the tunnel when we first walked in because a girl was officiating and they were surprised by the idea,” Al-Mobideen said.

“But as soon as the game started, there were no jokes and everyone became serious.”

Esra’a al-Mobideen, a Jordanian female referee who was among the first all woman refereeing team to officiate a game at Jordan professional football league, attends an interview with Reuters at Amman International stadium, in Amman, Jordan November 3, 2021. REUTERS/Muath Freij

The Jordan Football Association wants more women to be involved in the sport and Al-Mobideen said she was keen to make a difference.

“To have an influence on society is an ambition of mine,” she added.

“It is important to have a positive impact on the society that I live in. Taking part in the professional league will give a good image of female refereeing.

“I can send a message that women can work in any field.”

Reporting by Manasi Pathak in Bengaluru; Editing by Peter Rutherford