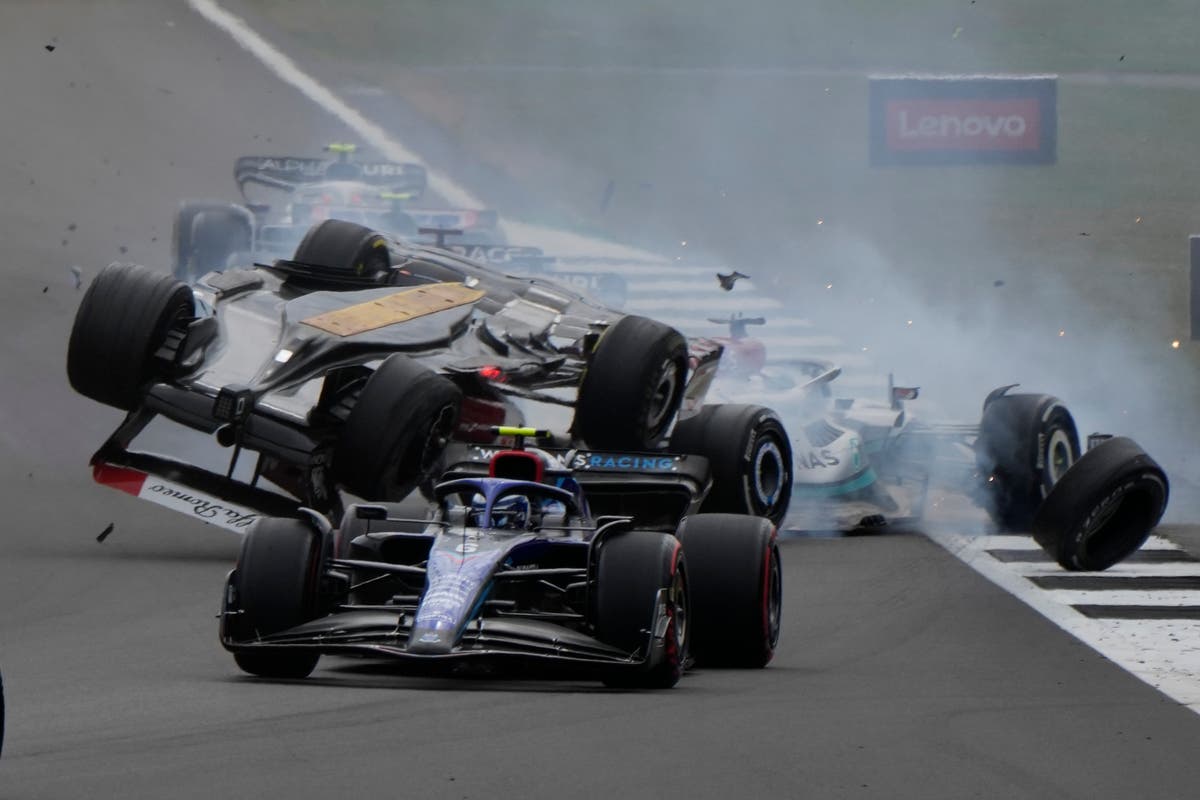 Zhou Guanyu and Alex Albon have been taken for assessment at the Formula One medical centre after a crash in the British Grand Prix.

An FIA statement confirmed both “Zhou and Albon have been taken to the medical centre. Both were conscious and will be evaluated”, following the enormous collision.

A massive coming together just seconds into the race at Silverstone involved at least six cars, with Zhou’s Alfa Romeo car flipping over.

Pierre Gasly’s car appeared to touch George Russell’s, who then turned and collided with Zhou – who in turn spun away, overturned and crashed through the barriers, into a fence in midair.

Although no repeat footage was immediately shown, once it became apparent the Chinese racer was not seriously injured a replay displayed how the safety devices on the car and the crash barriers alongside the race track played an important role in preventing a worse outcome.

At the same time, another altercation caused by cars avoiding that first incident resulted in Albon careering into the wall, as others spun out or ricocheted off Russell.

Sebastian Vettel’s onboard camera showed his car hitting the back of Albon, with his Williams car shunted into the barriers, bouncing back out across the track and slamming into first Esteban Ocon and then Yuki Tsunoda.

A red flag immediately signalled a pause in proceedings, with the race not restarting for more than 50 minutes.

Both Zhou and Albon, along with Russell, were the only three drivers unable to resume the Grand Prix when it got back underway, the latter despite his protestations that he had only left the car to check on Zhou after the red flags went up.

At the same time as the red flag was out, protestors stormed the fences and made their way onto the tracks at Silverstone, the FIA confirmed.