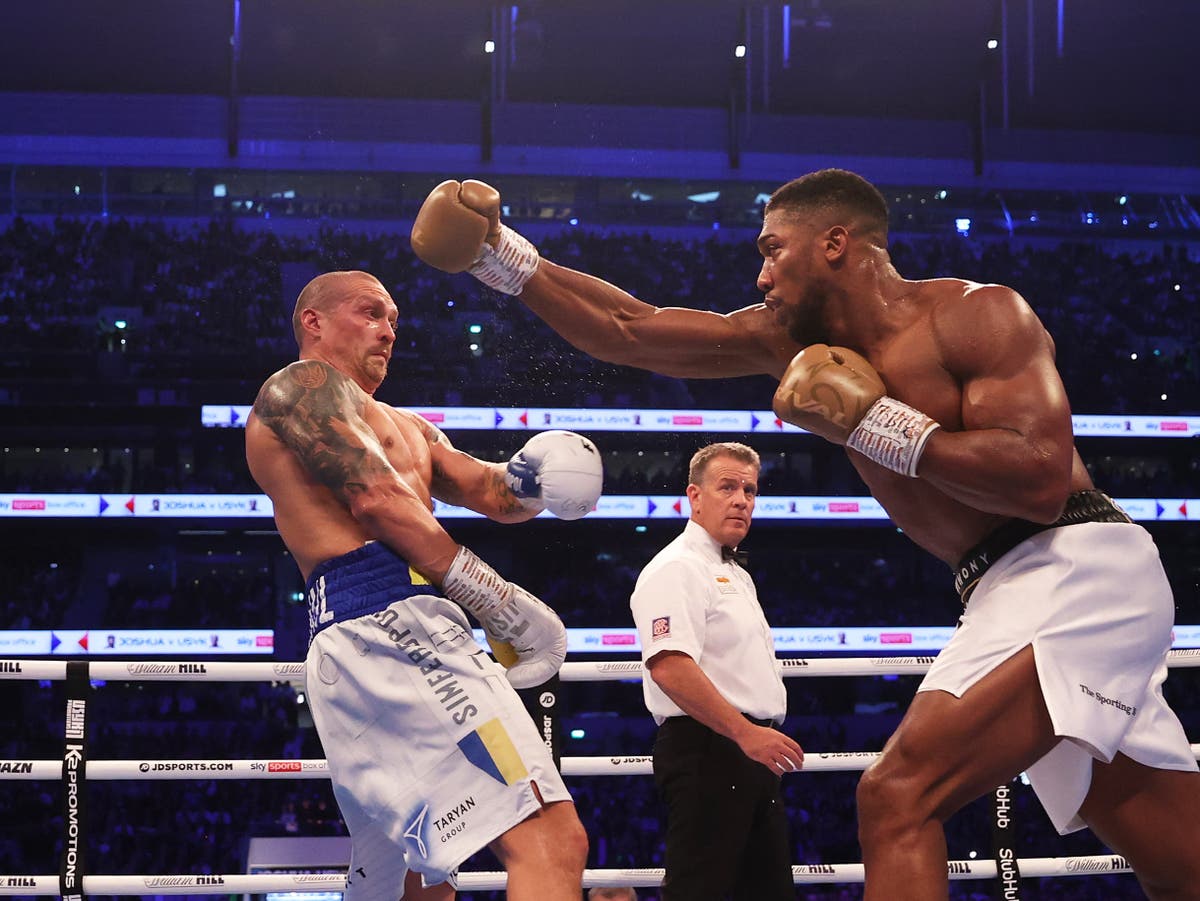 Eddie Hearn has again dismissed Tyson Fury’s talk of retirement, suggesting that the WBC heavyweight champion will fight the winner of Anthony Joshua’s rematch with Oleksandr Usyk before the year is up.

Fury knocked out Dillian Whyte in front of 94,000 fans at Wembley Stadium in April, retaining the WBC belt and remaining unbeaten with a sixth-round knockout.

The “Gypsy King” has said he does not intend to compete again, at least in a professional capacity, but Hearn has doubled down on his view that Fury, 33, will not be able to resist the temptation of a fight for undisputed gold.

Usyk outpointed Joshua in London last September to win the WBA, WBO, IBF and IBO heavyweight titles, which the undefeated Ukrainian is set to defend against “AJ” this summer. The winner of that contest could then take on Fury with all the belts on the line, if the “Gypsy King” reverses his retirement.

“I guess he is going to be asked: ‘Are you retiring? And if you are, we need to vacate the belt,’” Hearn told iFL TV.

“But he is not retiring and he won’t vacate the belt, and that is what I expect to happen. If he does retire, good luck to him; he is the master of his destiny and if he wants to walk away from the game, fair play to him.

“If AJ beats Usyk and then goes on to beat Fury, he will go down as one of the greatest heavyweight of all time. And if Fury beats them, Fury goes down as that, and I think he is about that and trying to become great.

“I think he will want that one more fight, and our focus now goes onto AJ beating Usyk – and he can fight Tyson Fury at the end of the year.”

Joshua and Usyk’s rematch is expected to be held in Saudi Arabia, though Tottenham Hotspur Stadium – the site of the fighters’ first in-ring meeting – was long touted as a potential location.

Usyk’s promoter Alexander Krassyuk this week expressed a similar sentiment to Hearn: that “you cannot trust what Tyson Fury says” as regards his retirement.