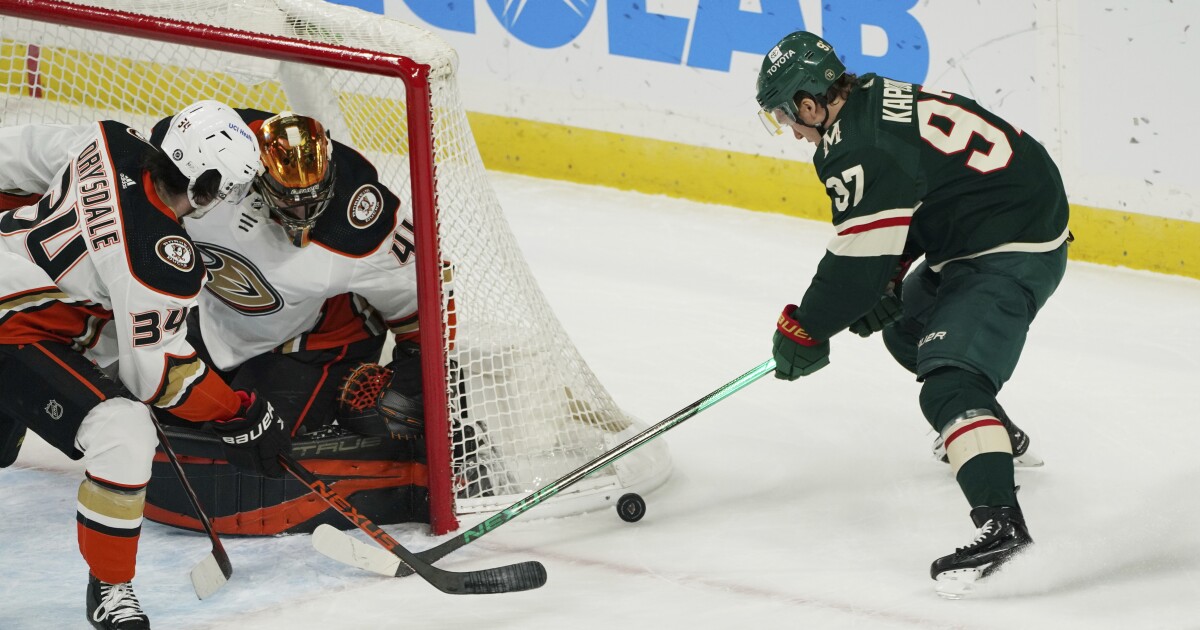 Zuccarello finished with two goals and an assist, Boldy and Ryan Hartman had one of each, and Kirill Kaprizov added two assists in his return.

Kaapo Kahkonen made 39 saves for the rested Wild, who won their 10th straight against the Ducks — the longest win streak against one opponent in team history.

Boldy scored on a deflection off a defender 30 seconds into the third before Zuccarello scored on a wrister from the slot to make it 4-1. The team record for fastest two goals is three seconds set by Jim Dowd and Richard Park on Jan. 21, 2004.

Anthony Stolarz made 23 saves for the Ducks but was pulled after Victor Rask made it 6-1 at 2:05 of the third.

Playing for the first time in six days, Minnesota showed no rust, thanks in large part to the Kaprizov-Hartman-Zuccarello line that combined for two goals and three assists in the opening period. It finished with seven points.

Less than 90 seconds after Kevin Fiala finished a 2-on-1 with Boldy, Zuccarello corralled a rebound of Kaprizov’s shot and fed Hartman in front for a 2-0 lead.

A shot from the right circle by Max Comtois got the Ducks with one, but Kaprizov forced a turnover in the Ducks end and blindly sent a pass to Zuccarello for a blistering one-timer from the left circle and a 3-1 lead.

Selected on Thursday to his first All-Star Game, Kaprizov has 10 points in his last five games and 31 in his past 18. The team’s top scorer returned after missing one game following a hit along the boards Jan. 6 in Boston that left him with an upper-body injury.

Anaheim played without its points leader, Troy Terry, who was placed in COVID-19 protocol Friday. He’s sixth in the NHL with 22 goals and was the only Ducks player in double digits entering the game.

Sonny Milano, tied for second on the team with nine goals, left in the first period with an upper-body injury and did not return.

Derek Grant and Trevor Zegras scored in the third period for the Ducks.