Draisaitl has 2 goals and an assist, Oilers beat Predators 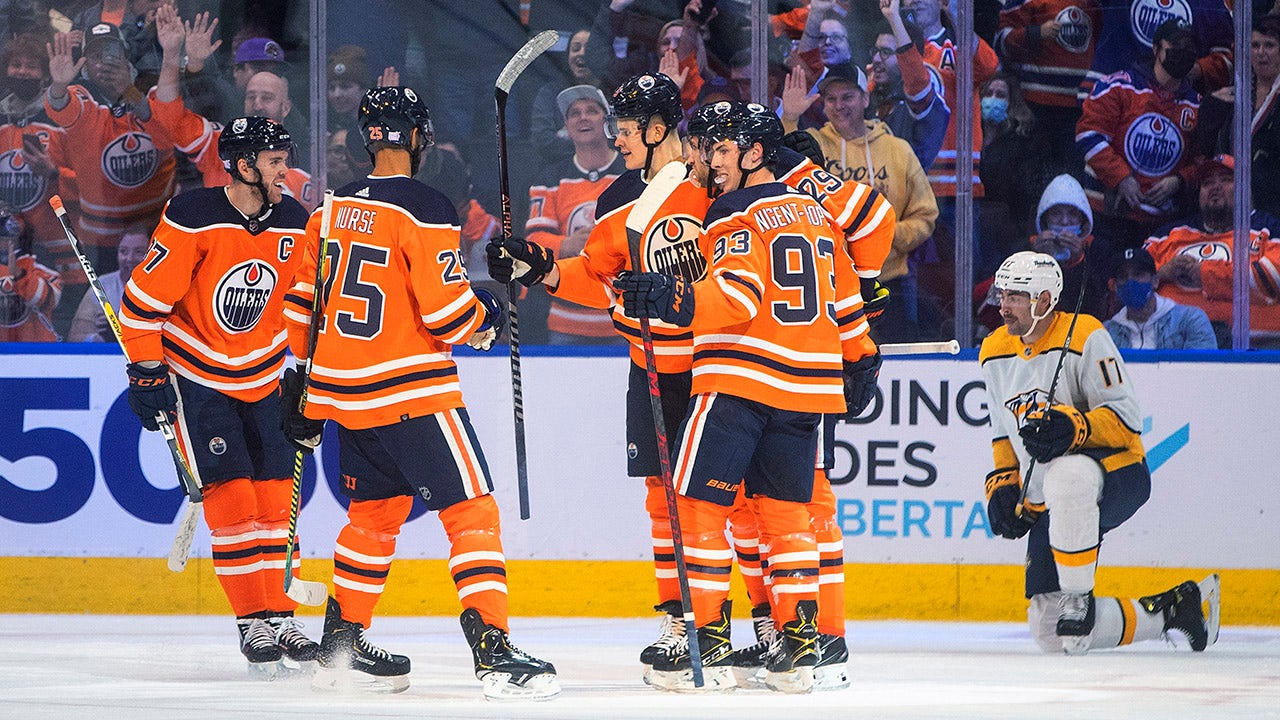 Leon Draisaitl had two goals and an assist to take the NHL scoring lead — a point ahead of teammate Connor McDavid — and the Edmonton Oilers beat the Nashville Predators 5-2 on Wednesday night.

Draisaitl has 20 points on nine goals and 11 assists. McDavid assisted on both of Draisaitl’s goals.

“This start is great for me, for us as a group,” Draisaitl said. “But we’re just looking to help the team win, do the little things right, continue to get better. And win.”

“I think there are a lot of things we can do better, but you don’t go 8-1 if you just play terrible and get lucky,” Draisaitl said.

He’s the first player to reach 20 points in the first nine games of a season since Mario Lemieux in 2002-03.

Matt Duchene and Ryan Johansen scored for Nashville, and Conor Ingram stopped 24 shots. The Predators had won four in a row.

Nashville opened a six-game trip — and a stretch of nine of 10 on the road — on Tuesday night with a 3-2 overtime victory in Calgary.

Edmonton opened the scoring seven minutes in on its lethal power play, with Draisaitl wiring a one-timer to the top corner and past Ingram. The Predators tied it 11 seconds later, with Duchene electing to shoot on a 2-on-1.

The Oilers regained the lead 1:27 into the second period after a big bounce came out to Yamamoto. Ryan Nugent-Hopkins picked up his NHL-leading 13th assist on the play.

“It’s great right now,” Nugent-Hopkins said. “We had a really good start at 5-0 and kept the train rolling a little bit. There are still areas of our game where we can improve but we are going to work on them. But the main thing always is getting those two points. You bank them and they come in huge at the end of the season.”

Edmonton made it 3-1 four minutes into the third when McDavid dropped a puck back to Draisaitl. The Oilers padded their lead 1:18 later after a Nashville giveaway led to Shore’s goal. Nashville got one back with four minutes left on Johansen’s power-play goal, but Puljujarvi’s empty-netter put it away.

Predators: At Vancouver on Friday night.